PODCAST  The New York City Fire Department (or FDNY) protects the five boroughs from a host of disasters and mishaps — five-alarm blazes, a kitchen fire run amok, rescue operations and even those dastardly midtown elevators, always getting stuck!  But today’s tightly organized team is a far cry from the chaos and machismo that defined New York’s fire apparatus many decades ago. 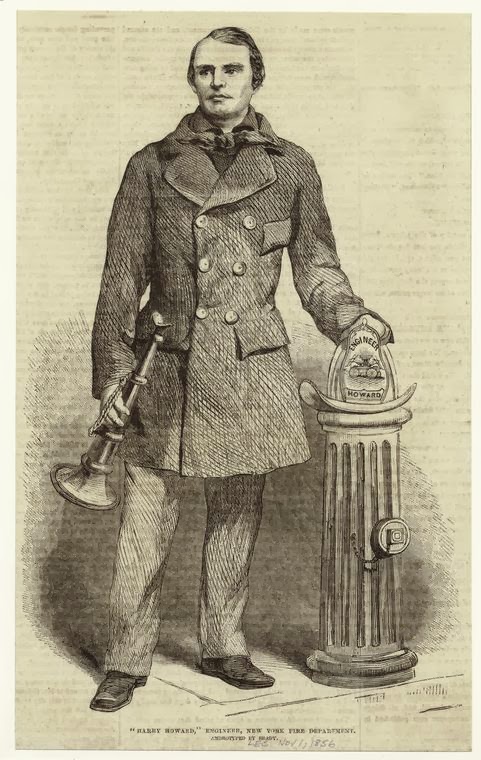 By the 19th century, the fire department was the ultimate boys club, with gangs of rival firefighters, with their own volunteer ‘runners’, raced to fires as though in a sports competition.  Fisticuffs regularly erupted.  From this tradition came Boss Tweed, whose corrupt political ways would forever change New York’s fire services — for better and for worse.

Volunteers were replaced by an official paid division by 1865.  Now using horse power and new technologies, the department fought against the extraordinary challenges of skyscraper and factory fires.  There were internal battles as well as the department struggled to become more inclusive within its ranks.

But the greatest test lay in the modern era — from a deteriorating infrastructure in the 1970s that left many areas of New York unguarded, and then, the new menace of modern terrorism that continues to test the skill of the FDNY.  From burning chimneys in New Amsterdam to the tragedy of 9/11, this is the story of how they earned the nickname New York’s Bravest.

Above:  That’s Harry Howard, one of the FDNY’s greatest firemen and a former member of the Bowery Boys volunteer fire unit!

A poster by Vera Bock from 1936, created for a series by the Federal Art Project, touts the contributions of Peter Stuyvesant to the history of New York firefighting. (LOC) 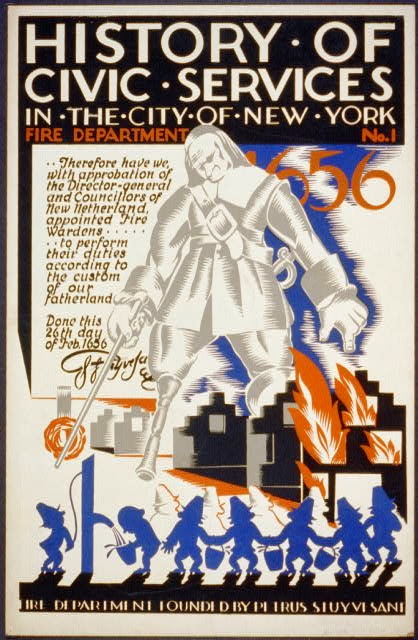 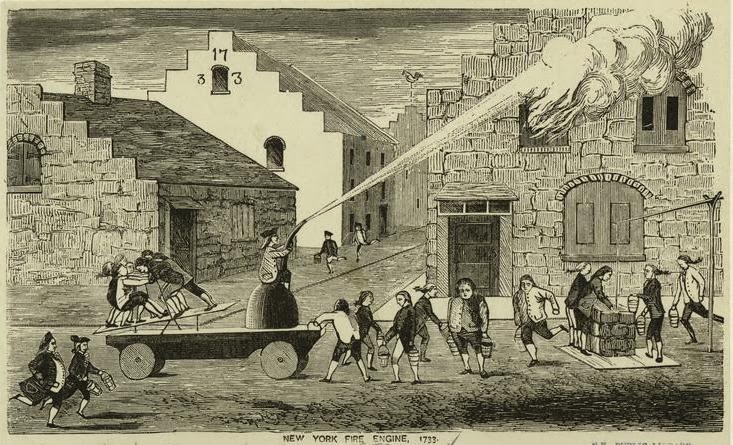 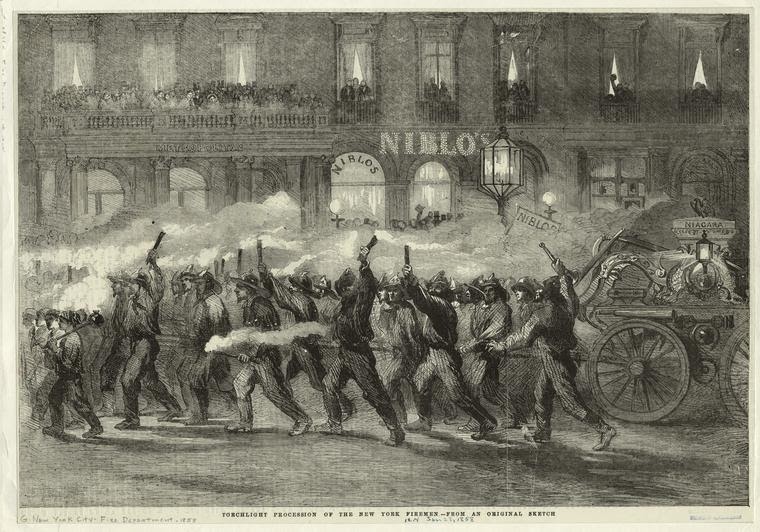 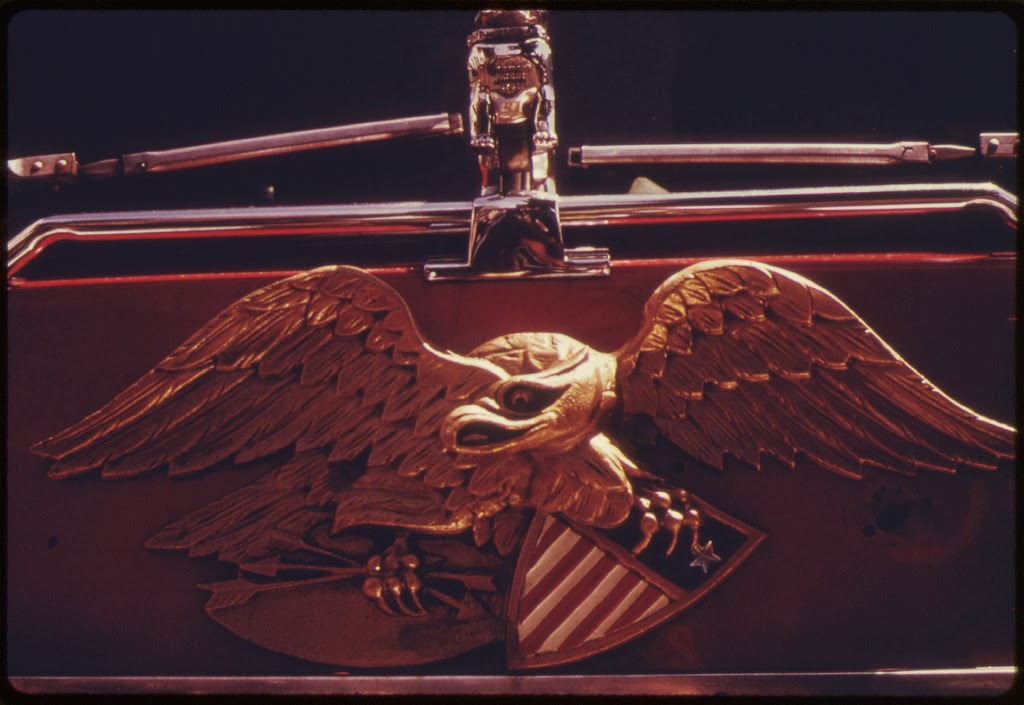 The first official fire boat of the FDNY (although others had been rented before this), named for former mayor William F. Havemeyer. 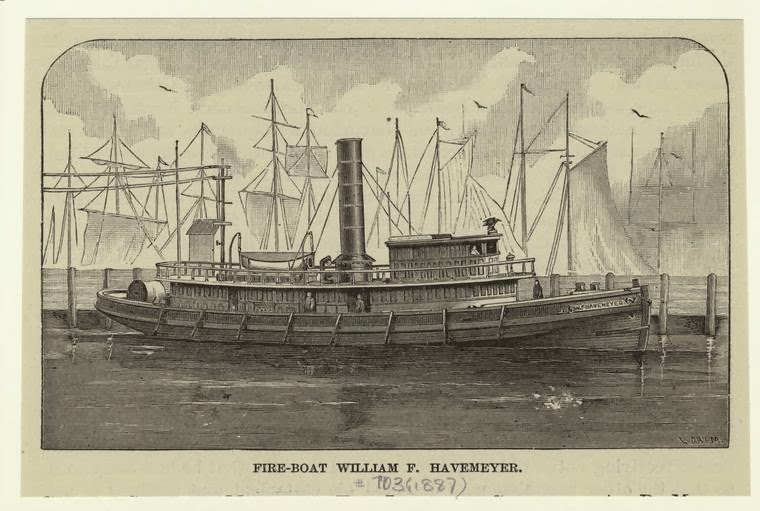 Volunteer fire divisions were slowly fazed out after the introduction of an official paid company.  This was expanded when the five boroughs were created in 1898.  This postcard commemorates the final run of a volunteer fire department in West Brighton, Staten Island. (NYPL) 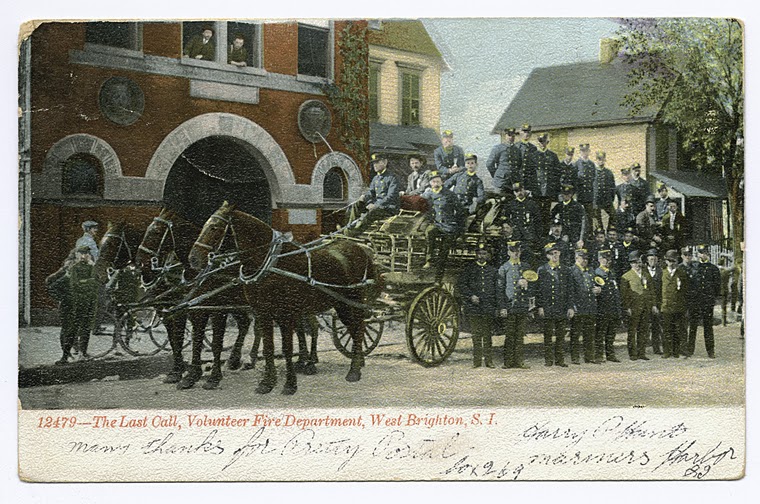 Firefighters battled a tenement blaze in this illustration from 1899, one of thousands that occurred in the poorer districts of town.  Improved fire regulations would ensure newer buildings were more fire proof. (Courtesy NYPL) 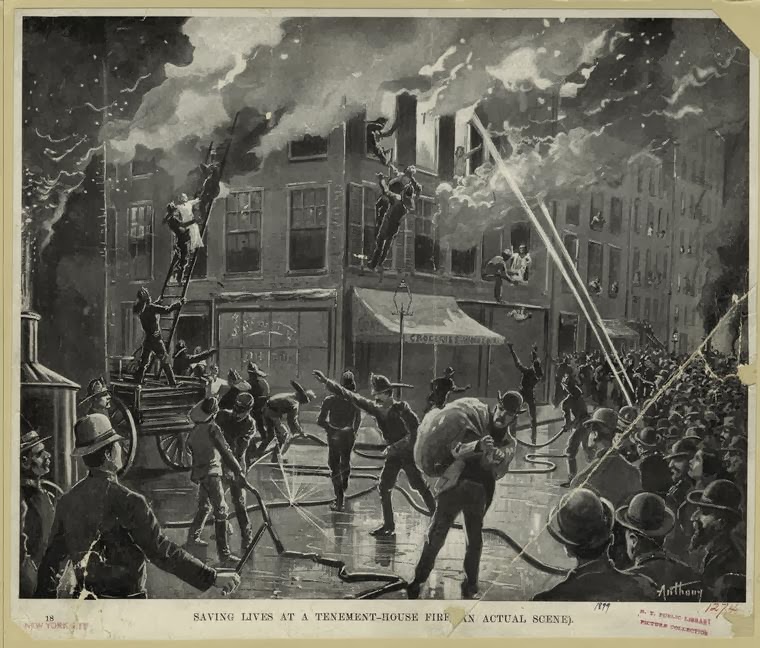 One of New York’s more interesting firehouses — the one for fireboats at the Battery. Photo by Berenice Abbott (courtesy NYPL) 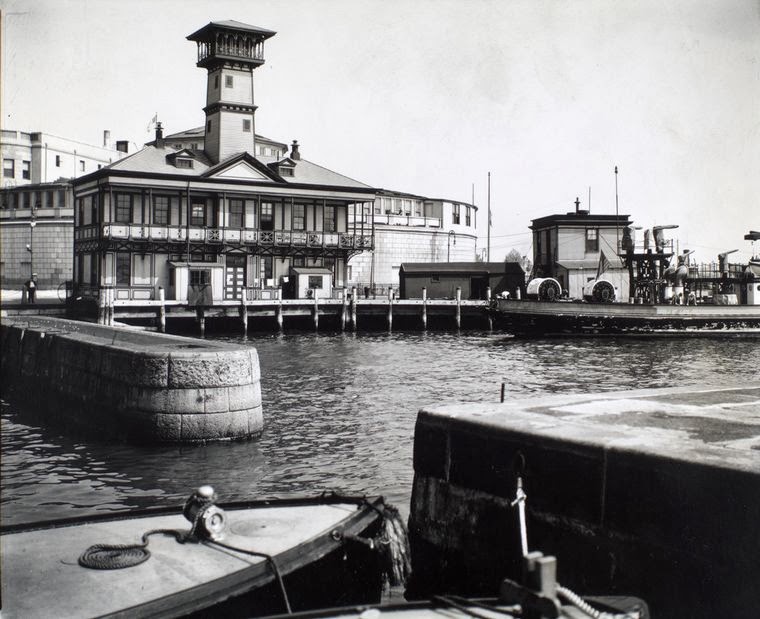 Horses were a hotly contested inclusion to the fire departments during the 19th century.  They were eventually banished during the volunteer years, but re-introduced after 1870 and soon became essential for getting quickly to fires. 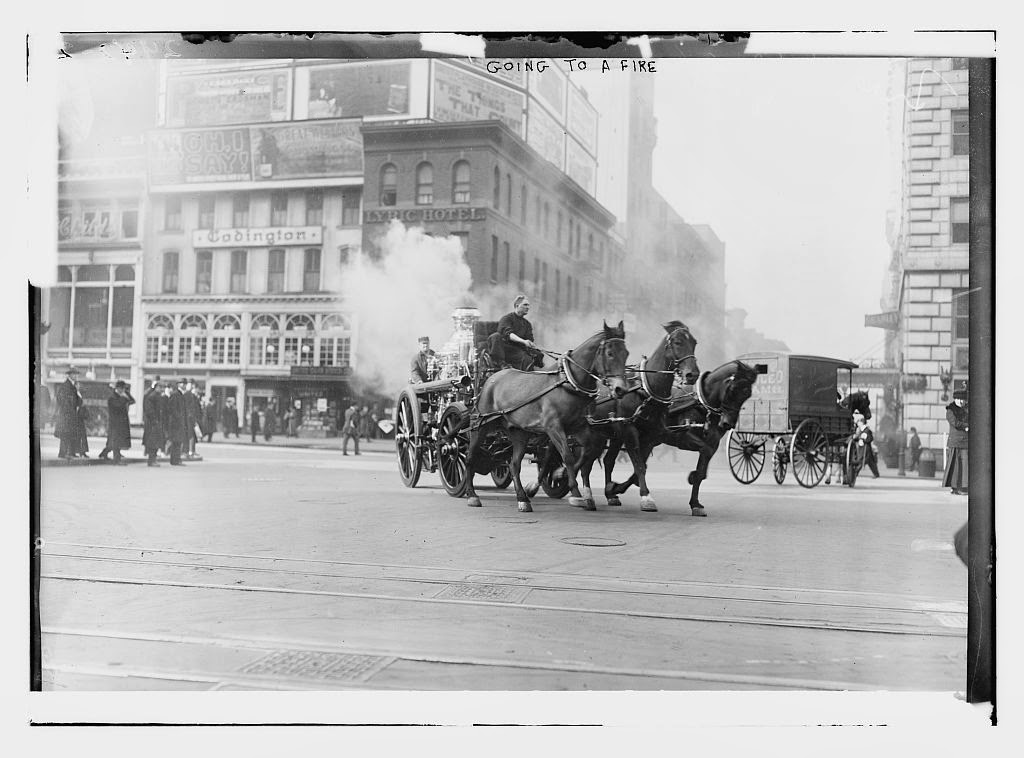 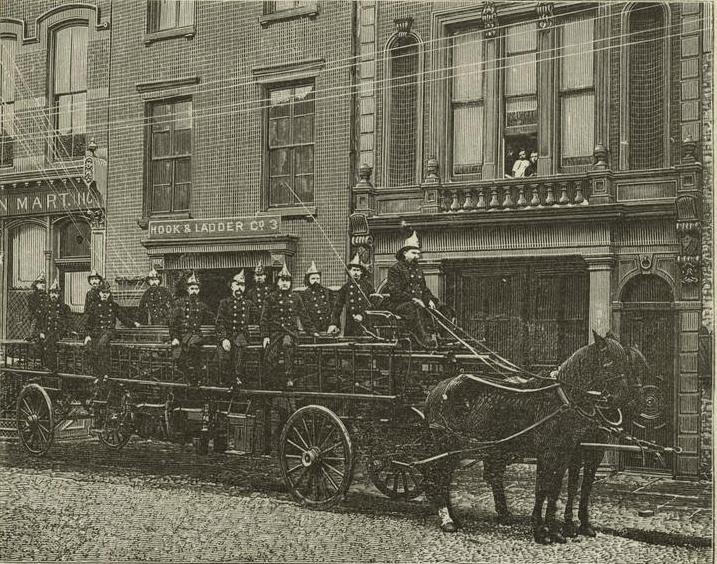 Motorized fire engines and trucks replaced the horse-drawn varieties in the 1910s.  Here’s one model that was used by the FDNY in 1913 (Courtesy Shorpy) 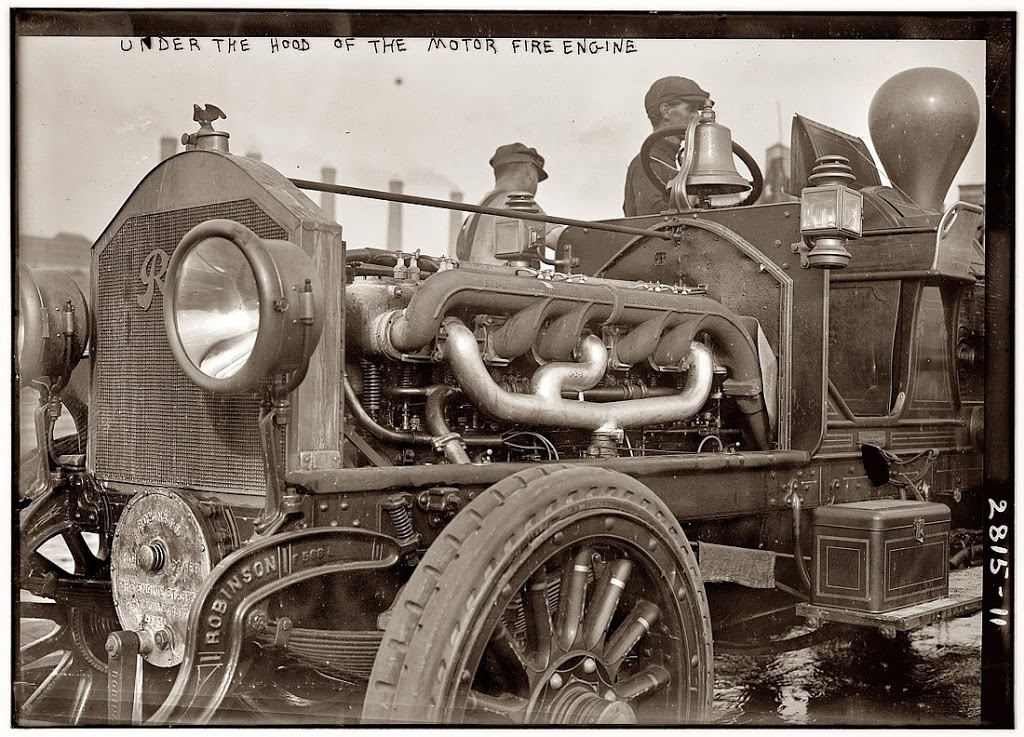 The city’s growth created new challenges for the FDNY.  With the new subway, there was the potential for dangerous fires underground.  Here a team of firefighters battle a subway fire in midtown in 1915, and a couple firemen who braved the inferno underfoot. (LOC) 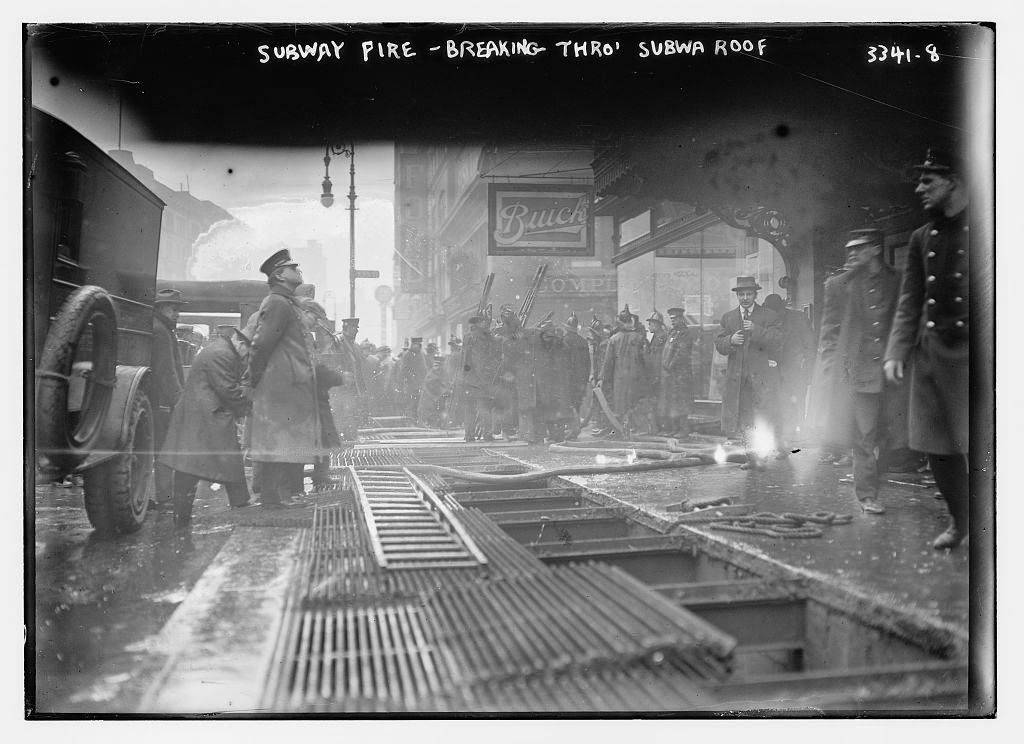 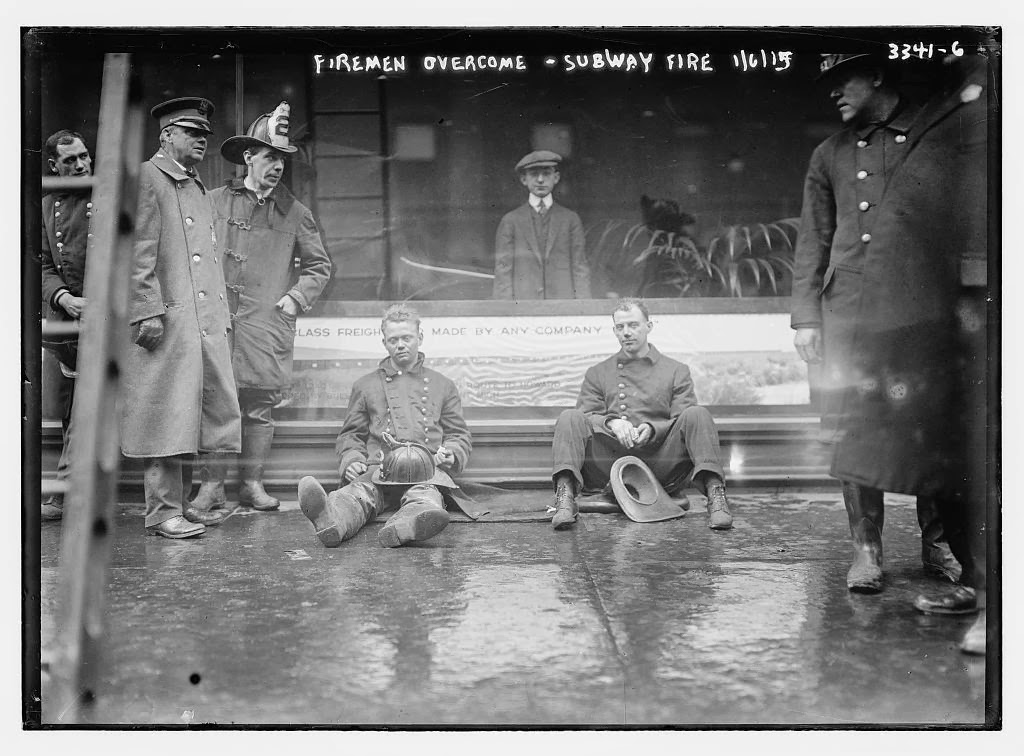 The difficult blaze at the Equitable Building in 1912 produced a bizarre aftermath of icy ruins. 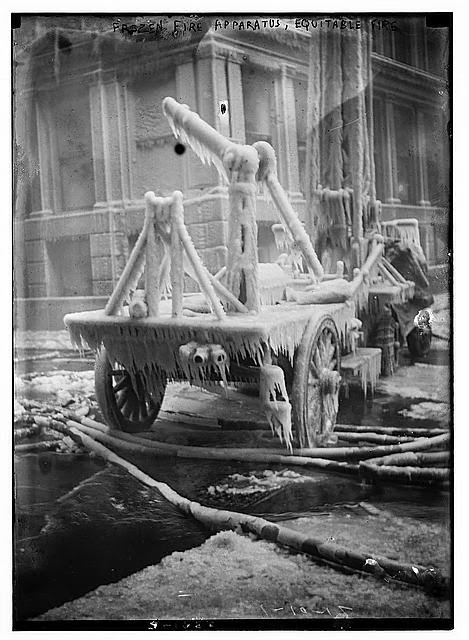 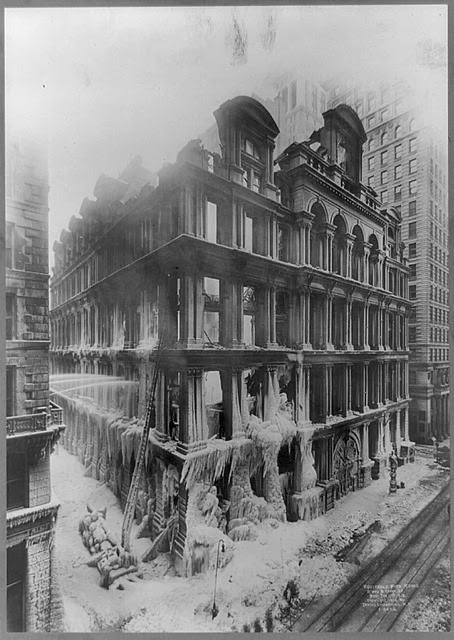 Firefighters rescuing people (and paintings!) from a fire at the Museum of Modern Art, 1958. (Courtesy Life) 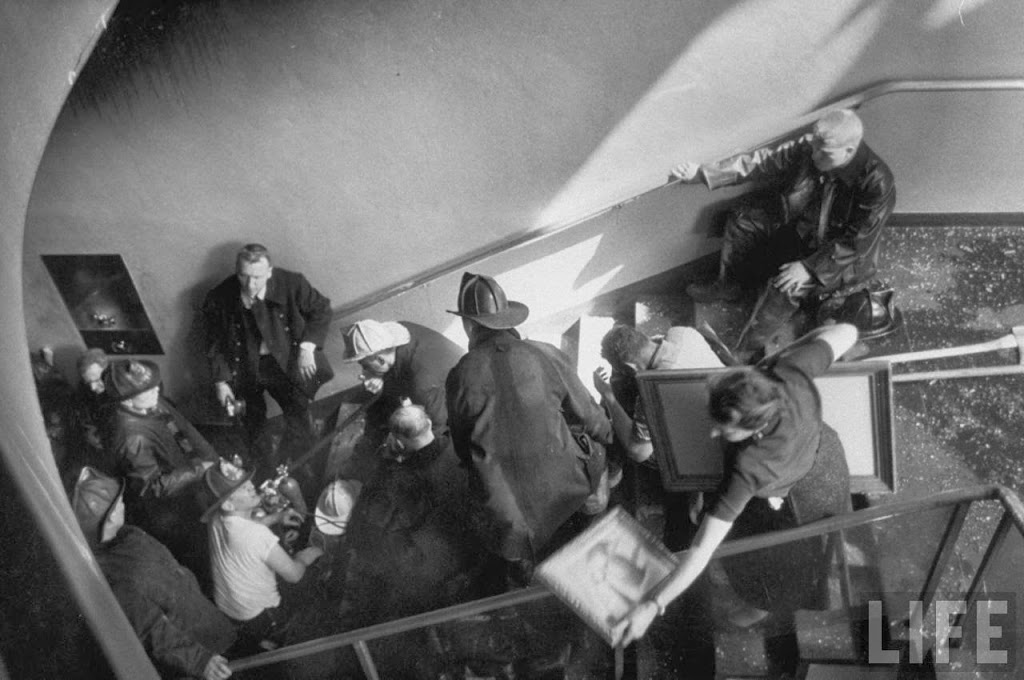 A sorrowful day:  Thousands come out to mourn the 12 firefighters who died fighting a terrible blaze that erupted across from the Flatiron Building on October 21, 1966. (Picture courtesy FDNY) 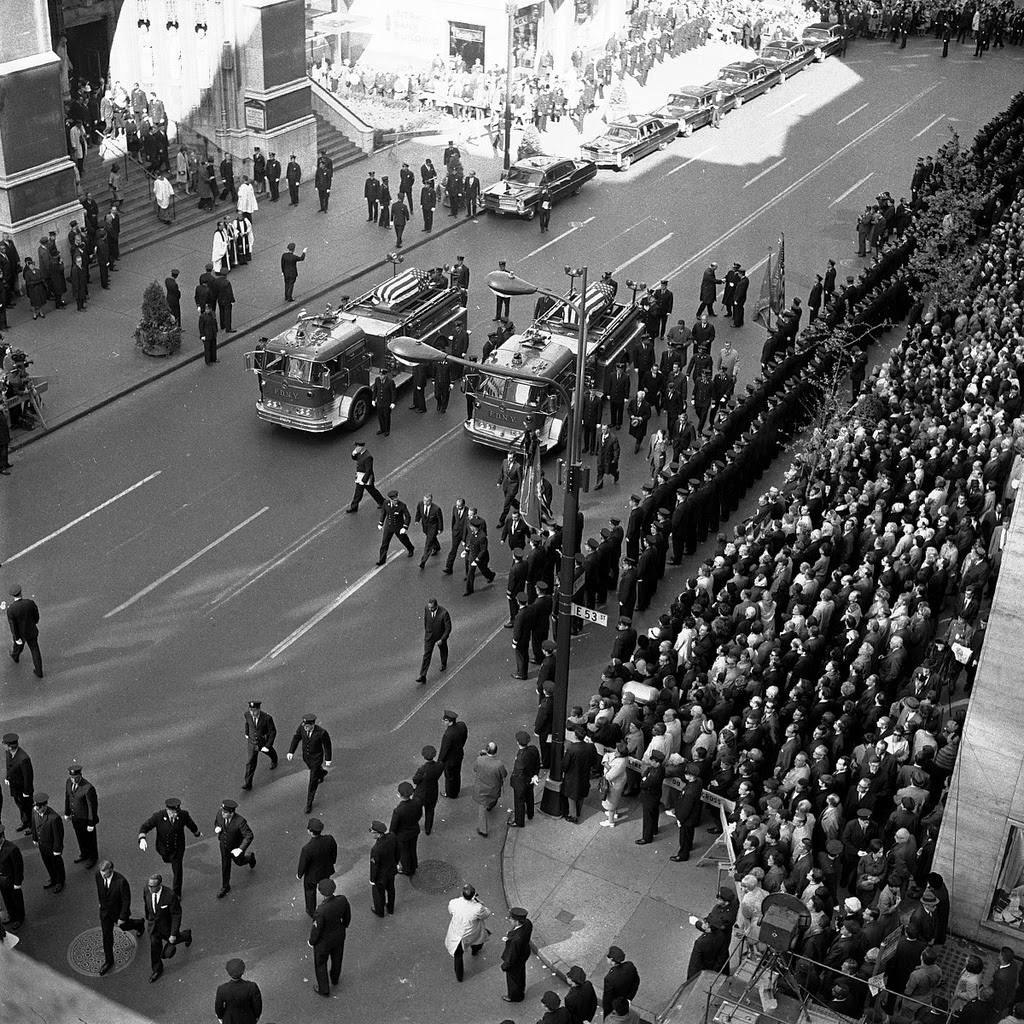 Total mayhem erupted in New York City in the 1970s, as whole districts like the South Bronx, Bushwick, Harlem and the Lower East Side saw a massive increase of fire-related disasters due to the city’s financial woes. (Photo courtesy New York Post/Vernon Shibla photographer) 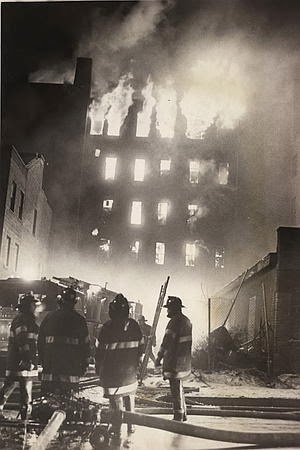 Three hundred and forty-three firefighters and FDNY paramedics died in the September 11, 2001, terrorist attack on the World Trade Center.  But the force, along with the police and other emergency workers, managed to save tens of thousands of people on that day, making one of the largest rescue operations in American history.  In total, 2,977 people were killed that day, 2,606 of them in New York, on the ground and in the towers. 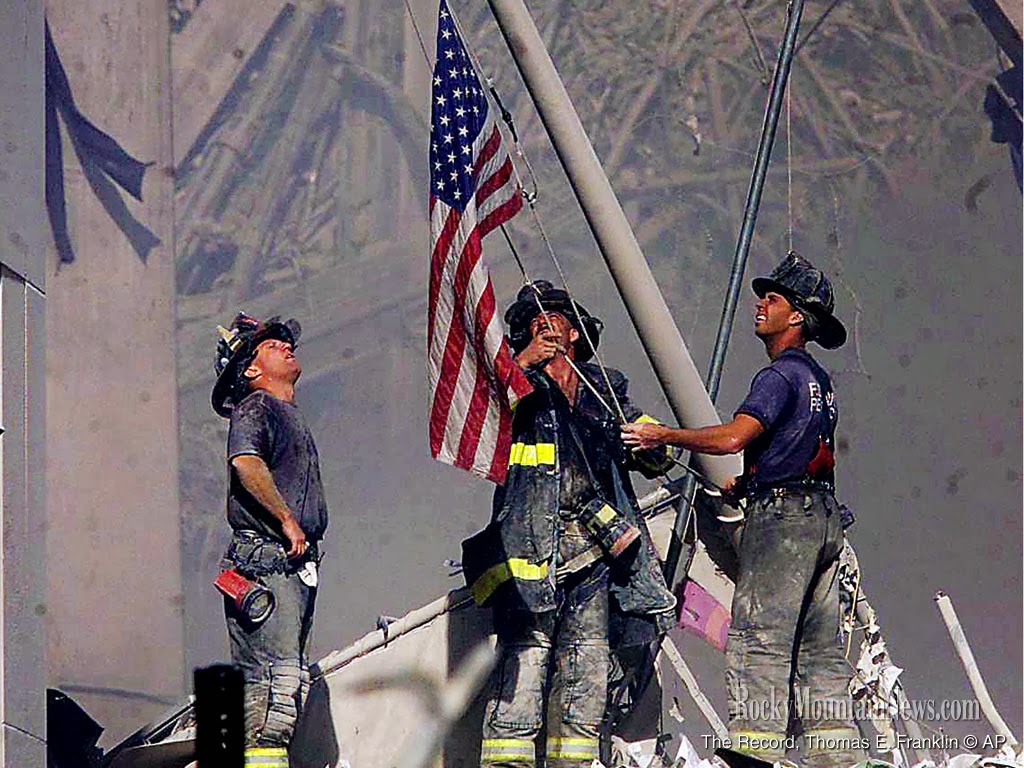 And finally, a rather amazing film documenting the fire department’s emergency response process in 1926, with a breathless dash-cam vantage point!

3 replies on “At The Ready: The History of the New York City Fire Department”

I would love to know which gangs were associated with which fire companies. My 3rd great granfather and his brother were firefighters in Manhattan between 1823 and 1829. He lived on Mulberry street in or near the five points neighborhood.

Looking for information about John Dawson who was in the Eagle hook and ladder 4 New York between 1865 and 1901. He may have been a volunteer ff as well