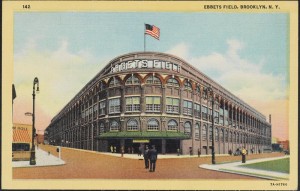 The location was appropriately Ebbets Field, one of baseball’s legendary ‘field of dreams’. The home team, the Brooklyn Dodgers, was pitted against the Cincinnati Reds in a key National League match-up. Both teams were quite strong that year, although it was Cincinnati at the top of the standings.

Fans who packed the stands at Ebbets that steamy Saturday afternoon noticed some rather unusual contraptions had invaded the field — bulky television cameras.  “One ‘eye’ or camera was placed near the visiting players’ dugout,” reported the New York Times. “The other was in a second-tier box back of the catcher’s box and commanded an extensive view of the field when outfield plays were made.”

The experiment was inspired by the technological marvels at the 1939 World’s Fair in Flushing-Meadows.  In fact, since few people actually owned TVs then, it was in David Sarnoff’s RCA exhibition hall where most people saw the broadcast, courtesy W2XBS (a precursor to WNBC-TV).

Below: A view of one of the cameras broadcasting the game.  Ads for GEM Razor Blades and Calvert Whiskey can be seen across the field. They became the first sponsor of a televised baseball game, although it was purely accidental! 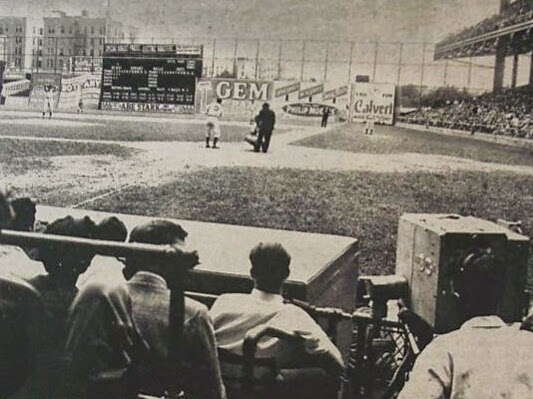 Up until that point, the 400-odd receivers throughout the city — owned mostly by RCA executives and technicians — received broadcasts from a studio in Rockefeller Center. (For more information, check our our New York and the Birth of Television podcast.)

This was not the first baseball game ever broadcast;  a college game between Columbia and Princeton was beamed out to the handful of received that May, near the opening of the World’s Fair.  But it attempting to broadcast a game with broader appeal, like the Dodgers-Reds face off, Sarnoff and his engineers invented a new way of interacting with major sport. 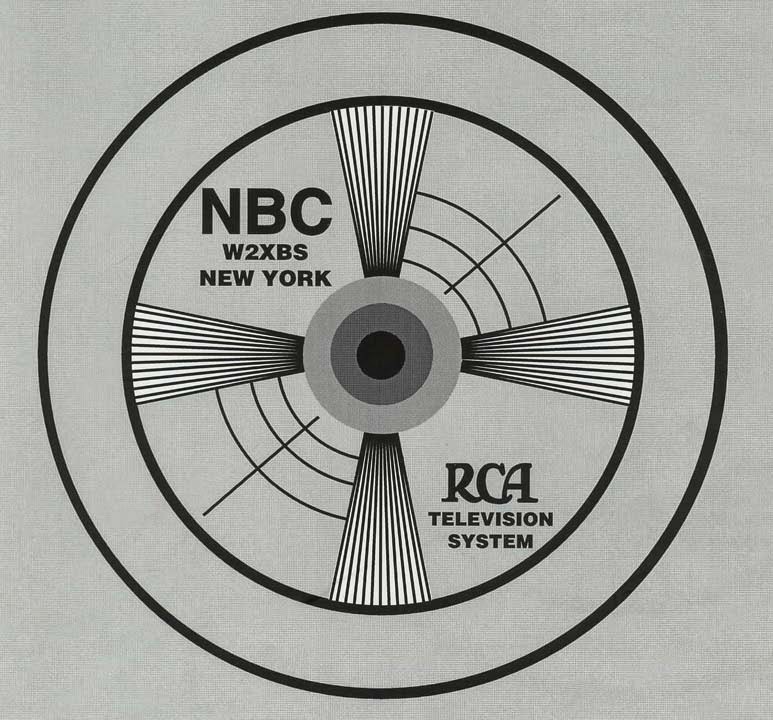 Sports of mass appeal had been heard on the radio for over 15 years by this point. Interestingly, New York teams originally blanched at the idea of radio broadcasts, thinking they would reduce stadium attendance.  Broadcasters were even banned from the field for a few years. [source]

Adding a live visual element was crucial not only in popularizing the game of baseball — uniting fans of a certain team beyond the borders of a stadium or a city — but in popularizing the idea of television itself.  Televised sports, invented here in 1939, had the unique potential of bringing together masses across the globe, as anybody caught up in this year’s World Cup hysteria or last year’s Summer Olympics fandom can attest.**

It’s to the credit of the television engineers that their feat seems not to have disrupted the game.  Coverage in the Brooklyn Daily Eagle neglects to mention the cameras*, and the New York Times mentions it only in a small article.

In the end, the teams split the two-game event — the Reds one the first (5-2), the Dodgers the second (6-1).  The Reds would eventually win the National League pendant and return to the New York for the World Series, facing (and eventually losing quite badly to) the New York Yankees.

*However, RCA ran an advertisement in the Brooklyn paper on August 24, 1939, to drum up a big crowd for their inaugural broadcast: 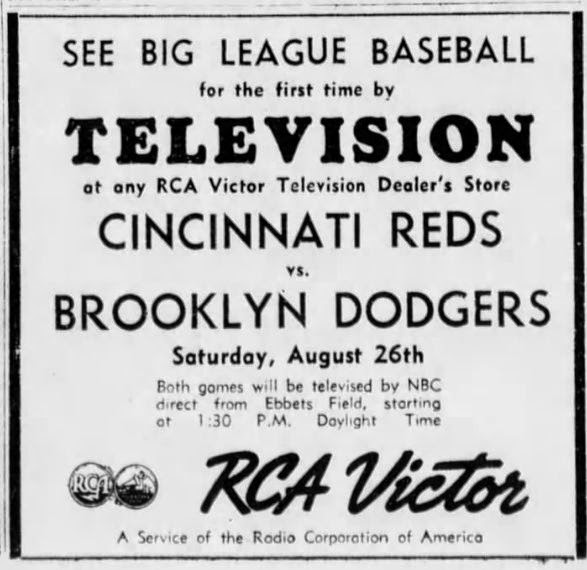 **As commenter Andrew points out, portions of the 1936 Olympics in Berlin were also broadcast live to several countries.
Top picture of Ebbets Field courtesy Museum of City of New York

2 replies on “Brooklyn Dodgers vs. Cincinnati Reds at Ebbets Field — in the first Major League baseball game ever broadcast on television”

It’s not quite true that televised sports were invented here. The 1936 Olympics were telecast as an experiment in Berlin.

True, the 1936 Berlin Olympics were broadcast on television locally in Berlin (not “to other countries” as incorrectly stated in the article). Since few people owned sets, there were public viewing rooms throughout Berlin and several TV sets were placed throughout the Olympic Village.