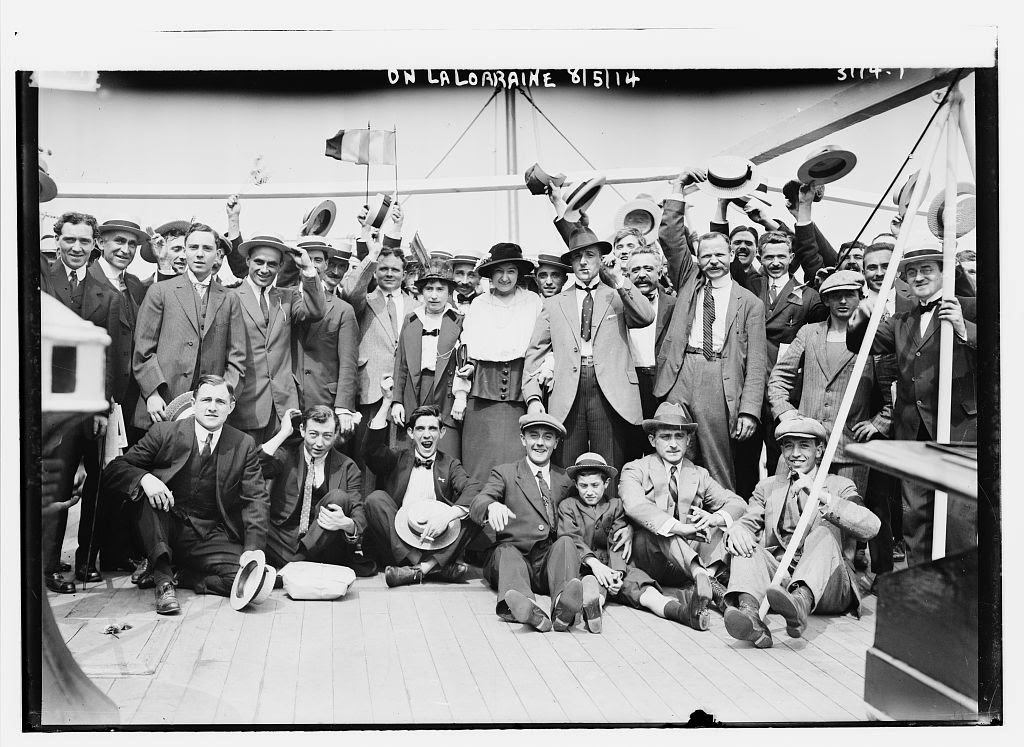 Men and women aboard La Lorraine, heading to France and the prospects of a grave war.

War was newly ablaze in Europe one hundred years ago today. A latticework of alliances was slowly drawing virtually country on the continent into a conflict which would rage for years and later become known as World War I.  Austria-Hungary and Germany had already declared war on Russia one century ago, and within the week, France and Britain would join in.

The effect on the streets of New York City was immediate.  Many had arrived from the warring countries via Ellis Island.  A great many New Yorkers with strong ethnic and regional ties either to Germany or Russia lived alongside each other.

A great many wished to return home and fight for their countries. Many men were reservists for their respective countries and rushed to their consulates in New York to enlist.  “Germans, Austrians and Hungarians paraded the streets singing the songs of their fatherlands,” said the New York Times. “The Russian, French and British reservists did not display their patriotism in the streets, but they registers it at their consulates and let it be known that they were eager to fight for their native land.” 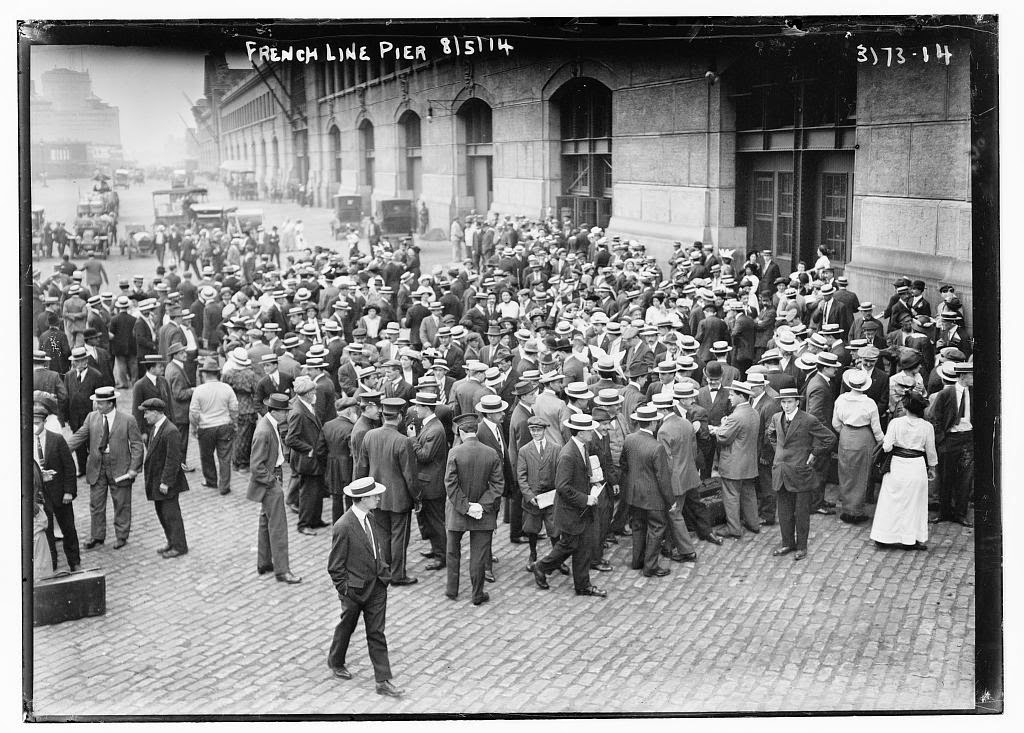 On the morning of August 5, 1914, the French steamship La Lorraine — fatefully named for a region which would much later be a scene of great warfare — left the dock of New York City with over 10,000 people, not only French reservists heading home to reenlist, but many Americans who volunteered to serve alongside them.  “Among the volunteers was an entire class of young engineer students from a school in Chester, Penn.”

“‘It made us all very grateful.’ said M. d’Anglade, the French Consul General, ‘for it made us think in offering their services to France these young Americas had remembered the Marquis de Lafayette.’ “
[source]

Even Mayor John Purroy Mitchel came by to wish the vessel a safe voyage.  As the boat sat at dock, reservists and other patriotic men and women aboard the vessel began singing “Marseillaise,” their friends and loved ones at the dock joining them in song — “the loudest and most enthusiastic demonstration that had been made on the waterfront in many months.” [source]

This voyage, believe it or not, had a deep impact on New York restaurant culture.  Aboard the ship were dozens of chefs, cooks and bakers, many employed by noted restauranteur Louis Mouquin, who tearfully bid adieu to his colleagues. “[H]e did not believe a French chef or waiter would be left in New York in another week,” said the Evening World.

Here are some moving pictures of these French volunteer bidding farewell to New York.  Many of them would never return. (Pictures courtesy Library of Congress) 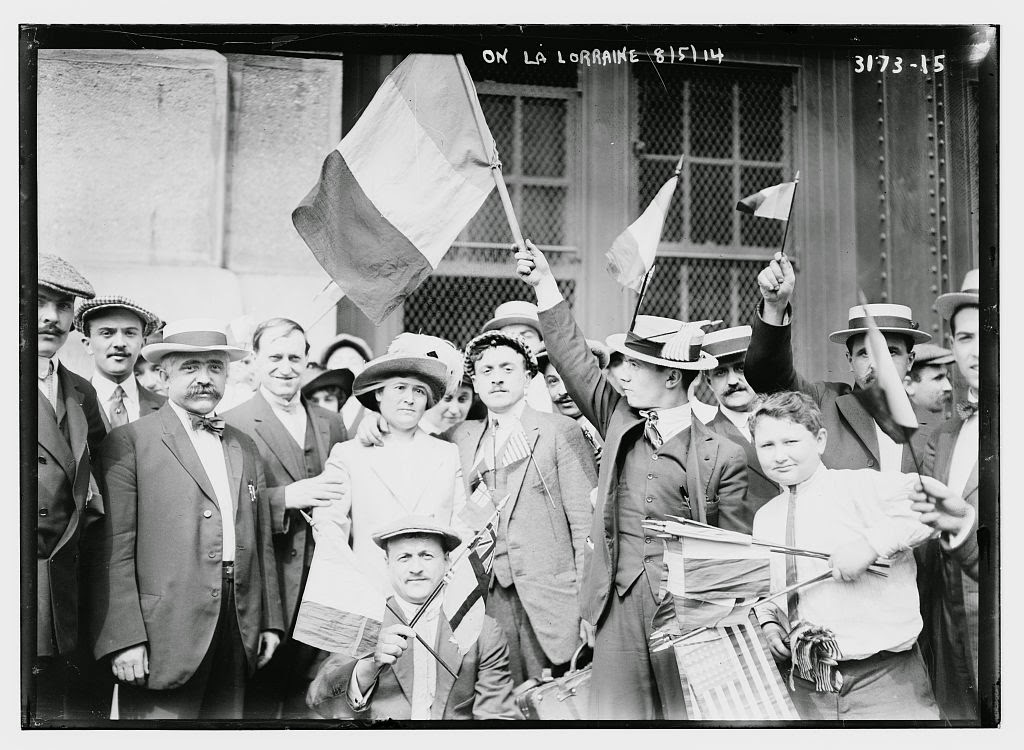 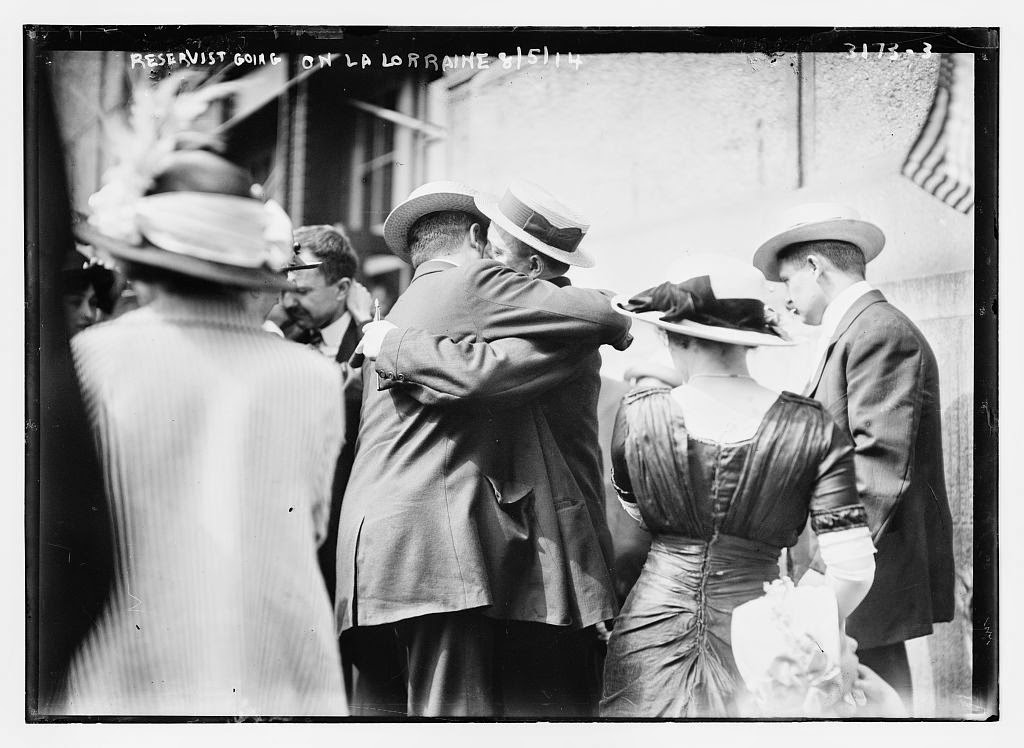 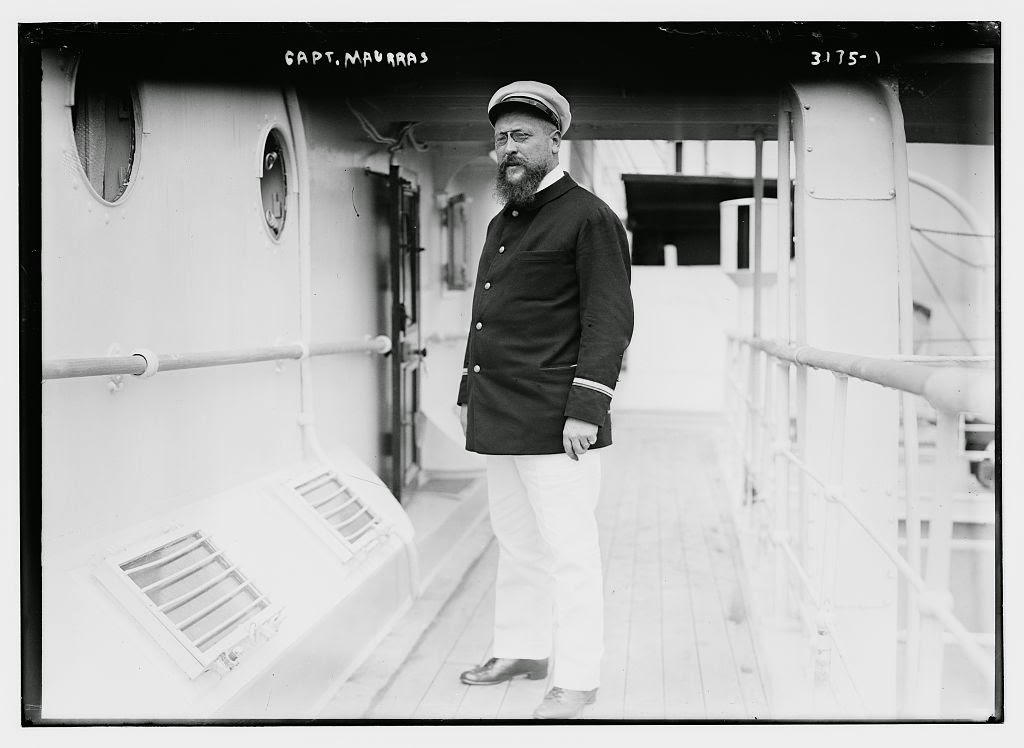 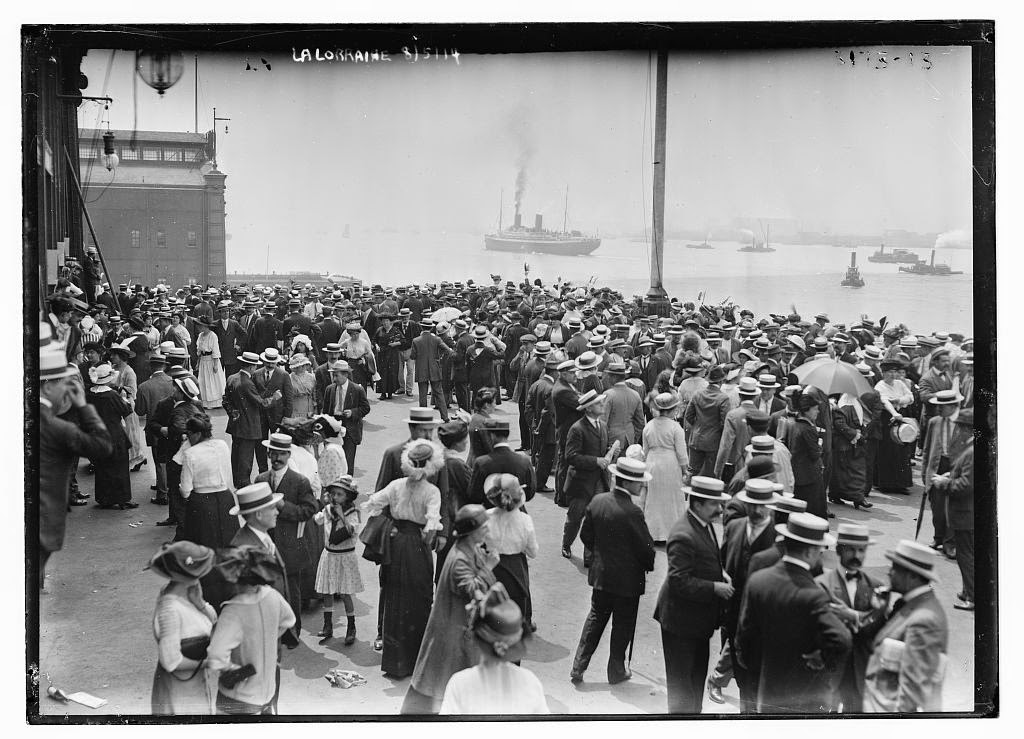 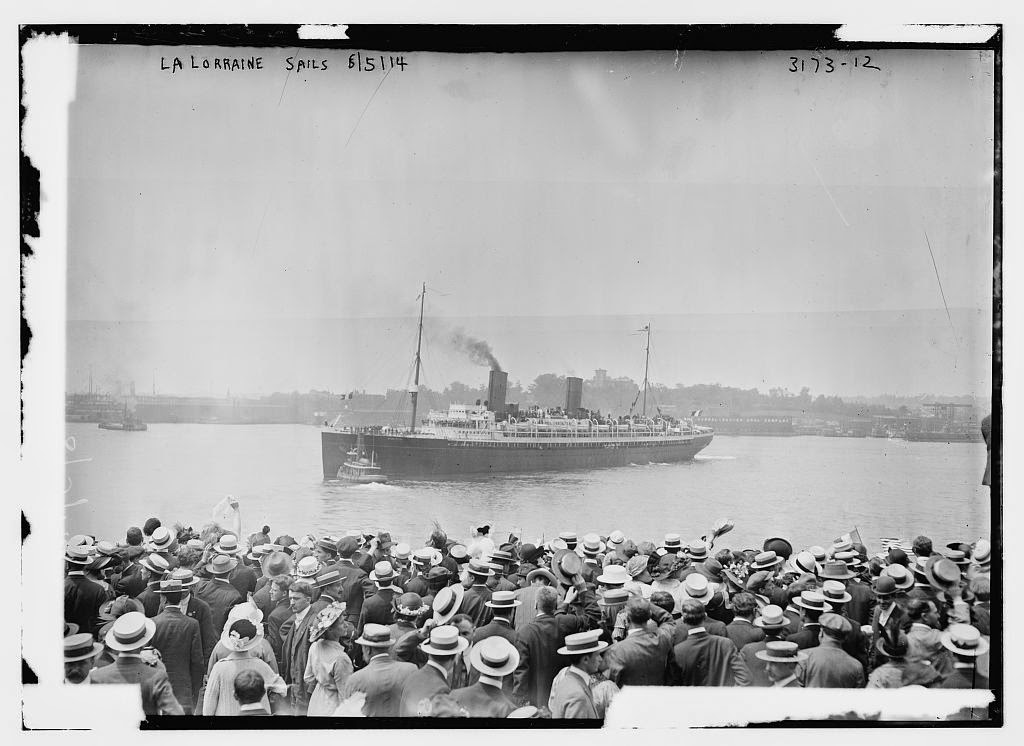