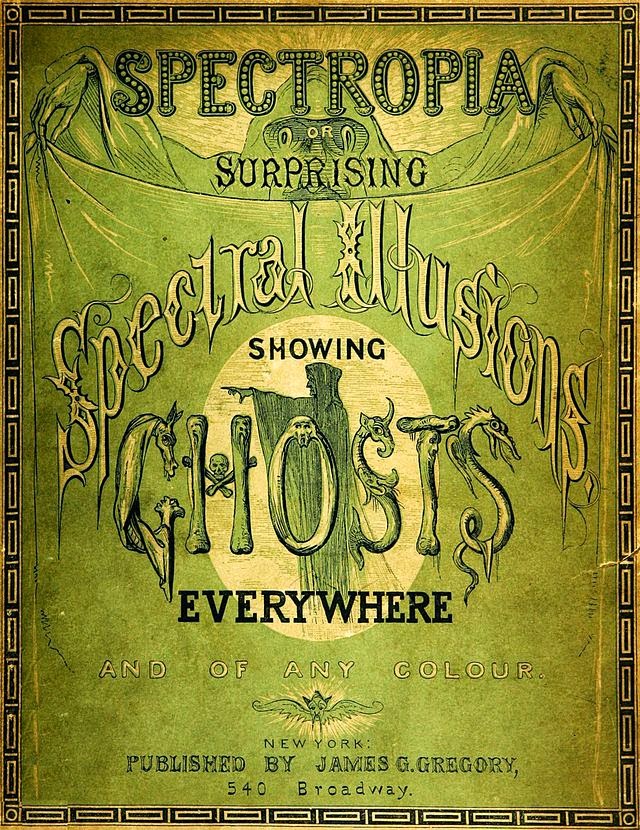 Above: The cover of the New York edition of Brown’s optical illusion book

One of the hottest books in New York City in the fall of 1864 was an optical illusion collection that conjured ghosts through a simple trick of the eye.

Spectropia, or surprising spectral illusions showing ghosts everywhere and of any colour was both a parlor amusement and picture-filled chapbook written and illustrated by J. H. Brown, an early skeptic of the spiritualism movement.

From the books introduction: “It is a curious fact that, in this age of scientific research, the absurd follies of spiritualism should find an increase in supporters; but mental epidemics seem at certain seasons to affect our minds, and one of the oldest of these mental afflictions — witchcraft — is once more prevalent in this nineteenth century, under the contemptible forms of spirit-rapping and table-turning.”

To counter the phonies, Brown presents readers with a nifty optical illusion that will allow its readers to create their own ghosts at home.

According to advertisements for the book:

“The directions are very simple.  You have merely to hold the volume so that the strongest possible light will fall upon the engraved plate; look at it steadily without blinking for nearly a minute; then turn and look steadily for the same length of time at any white surface which is in part shadow, and the object or specter will presently appear.”

“The effect is best by gaslight.” My goodness, what isn’t?

Here’s a sampling of the illustrations.  See if they work for you! And yes, definitely try these out if your home is equipped with gaslight…. 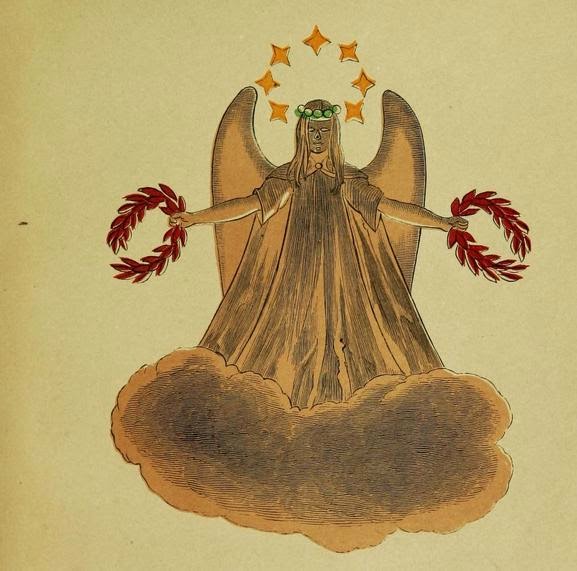 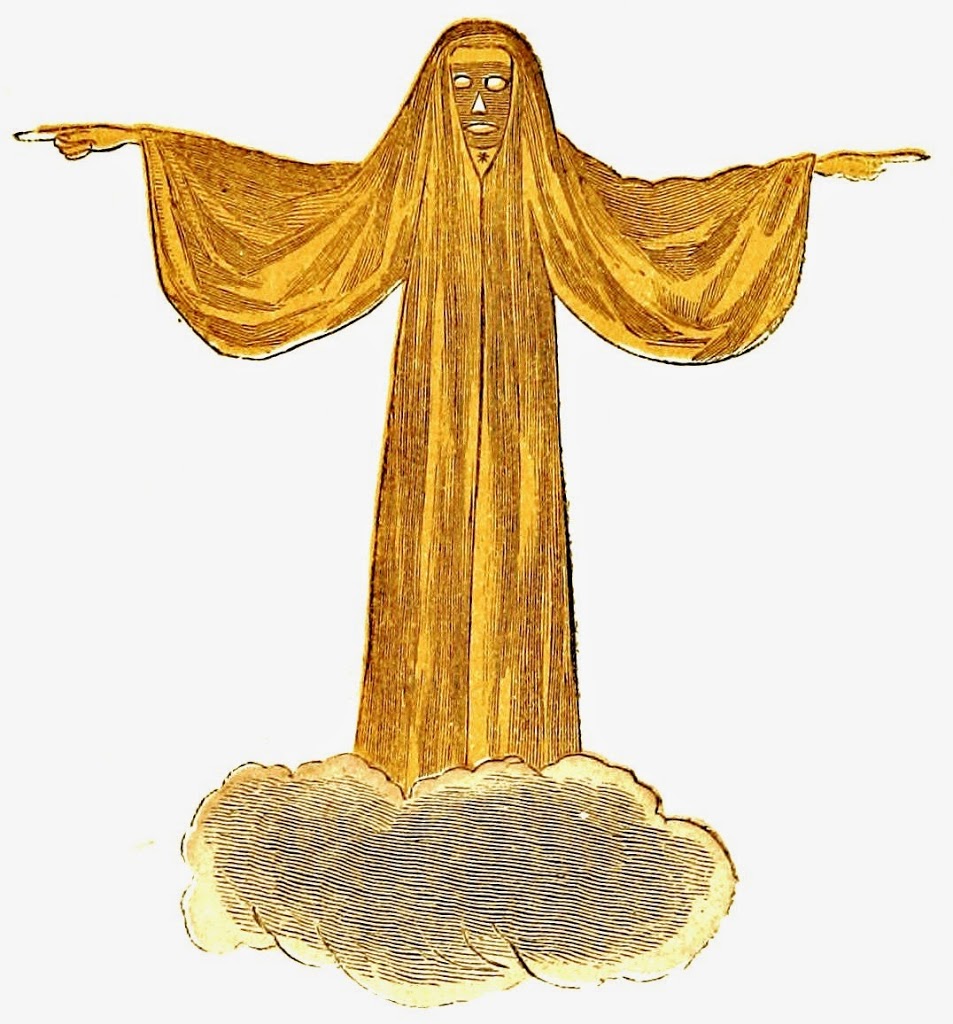 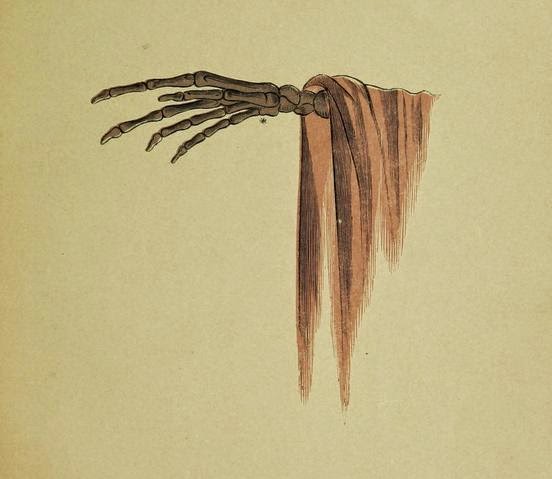 The book was produced in New York by publisher James Gregory at 540 Broadway in today’s SoHo area. (It’s the building where the Steve Madden shoe store is today.).

Believe it or not, Spectropia was a hot gift under the tree that Christmas. The New York Times lists it that year in their recommended holiday gift list. “The publications of Mr. JAS. G. GREGORY, of No. 540 Broadway, are characterized by good taste and fine execution.”  Mr. Gregory kept the book in publication for several years afterwards or at least until the novelty wore off.

You can read the book here.  And here’s a PDF.

Below from the New York Daily Tribune, September 13, 1864 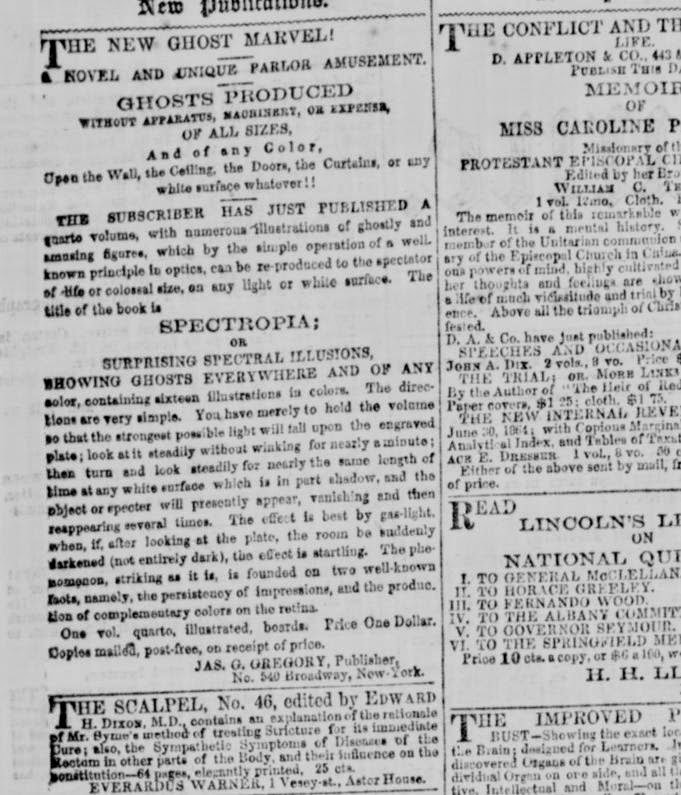