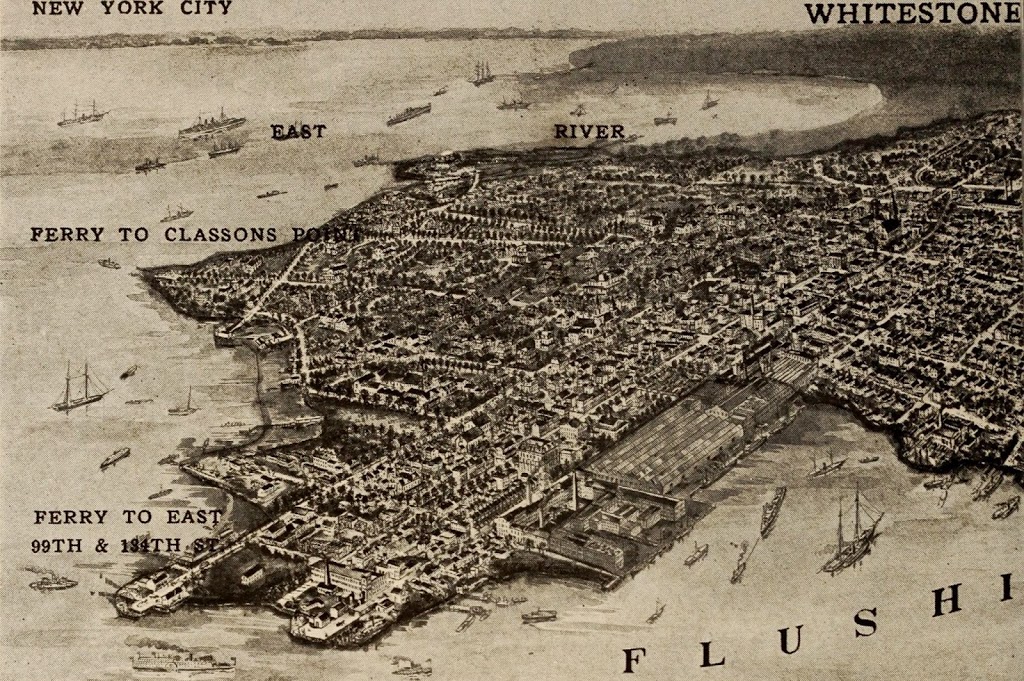 Above is an illustrated bird’s eye view of College Point, Queens, from a 1917 guidebook “Illustrated Flushing and vicinity.”

As that book goes on to describe, “COLLEGE POINT is essentially a manufacturing townâ€”the industrial center of the Flushing District.  It is an old settlement like Flushing and Whitestone, both of which it immediately adjoins on Flushing Bay, and like both, it is rich in its possession of old trees and old houses. It has many fine modern residences, too; and even the proximity of its scores of factories doesn’t seem to spoil its charm as one of New York City’s pretty home suburbs.”

But for a ‘pretty home suburb’, you never know what you’re going to find as you’re digging up out in your yard.  I found the following disturbing notice in the Brooklyn Daily Eagle, October 7, 1914: 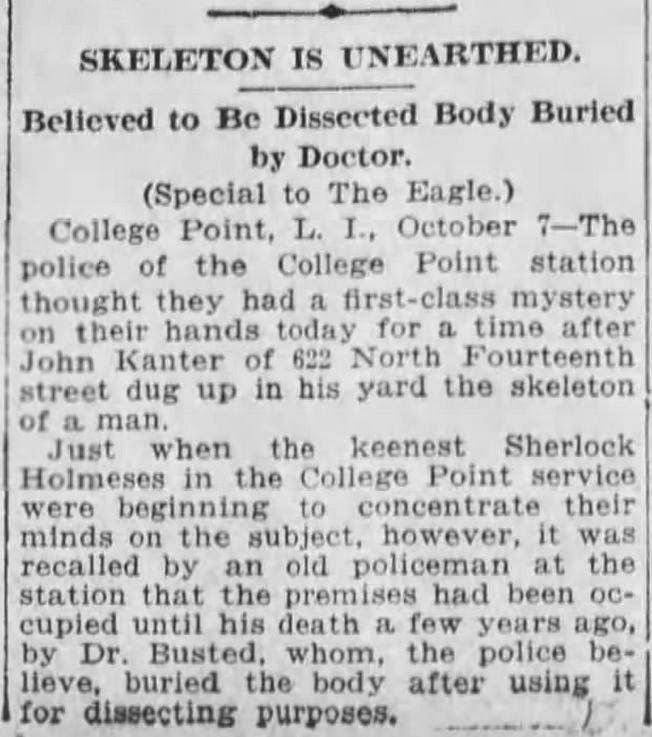 “College Point, LI, October 7 — The police of the College Point station thought they had a first-class mystery on their hands today for a time after John Kanter of 622 North Fourteenth Street [sic] dug up in his yard the skeleton of a man.

Just when the keenest Sherlock Holmeses in the College Point service were beginning to concentrate their minds on the subject, however, it was recalled by an old policeman at the station that the premises had been occupied until his death a few years ago by Dr. Busted whom, the police believe, buried the body after using it for dissecting purposes.”

It’s more likely the doctor’s name was Busteed.  Dr. Busted sounds like a character from a 1980s horror film.

Here’s a proper mystery: Would somebody like to figure out where 622 North 14th Street in College Point, Queens, is today?  Many streets and roads in Queens were renumbered in the 1920s.  I believe the house mentioned in the article above is on today’s 14th Avenue, but there’s also a 14th Road.  And neither of them is numbered in the 600s.

If there was one skeleton in the yard, might there still be others? 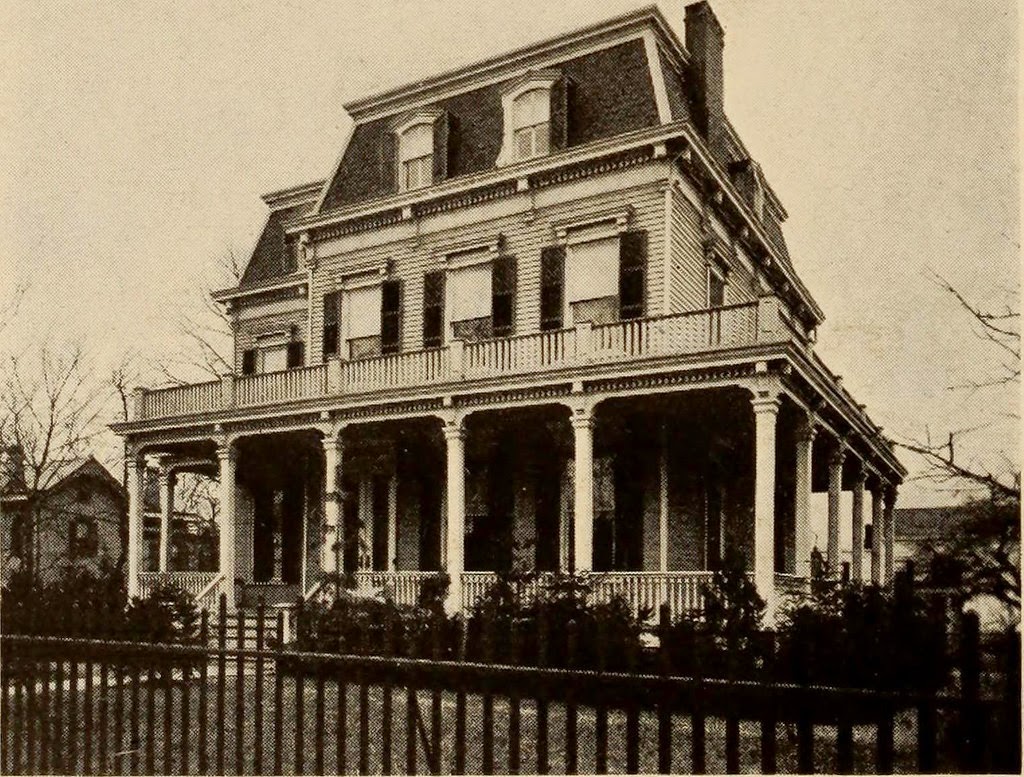 “As a bit of prophecy, the reader is asked to lay aside this book for ten years and then compare this portrayal of College Point-Flushing conditions as they now exist with those of a decade hence. It is pretty safe to say that the two old mansions, pictures of which are printed with this articleâ€”the Stratton and Graham homesteads â€” that today stand as landmarks on the trolley line between College Point and Flushing will long since have disappeared, and in their places and on their surrounding acre swill have risen many beautiful, modern residences and apartment  houses, and that the meadows some distance away will have been covered with manufacturing plants all th eway from the hills to the waters of Flushing Bay.”

6 replies on “MYSTERY! “Doctor Busted” and the skeleton of College Point”

Ok but how about this for that “prophecy” — 7 years after its printing that home was indeed demolished (“Steam Shovel Jaws Close on Stratton Homestead — Sept 12 1924”). Maybe a clue to the location of 14th street at the time of the article — the Stratton Homestead is listed on this historical photo from 1922 as being on 13th Street — with the note that 13th is now known as College Point road. That would put College Point Rd/Blvd at 13th street, making 14th street today’s 123rd street (123rd is 14 blocks from the furthest west point on 14th ave)?

Here’s a map from 1873 showing the older street names.

622 N. 14th Street was located at 123rd Street and 11th Avenue in the general area of the Schleicher mansion,, which is still there.