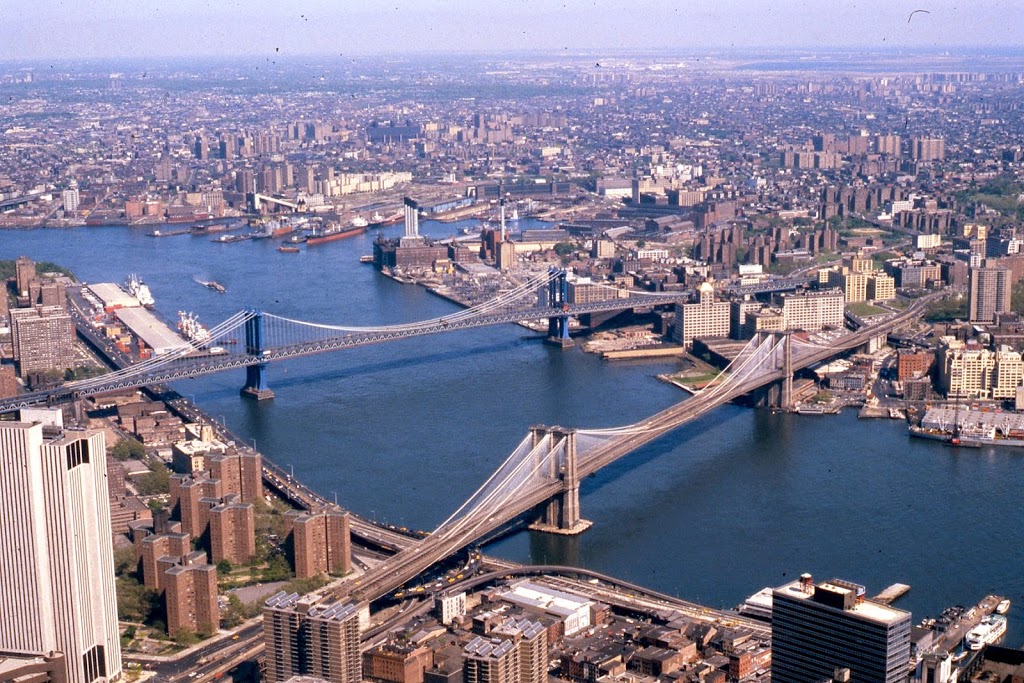 Looking over the East River at Brooklyn and Queens, 1981, where much of the film’s action takes place. Â (Photo courtesy GeorgeLouis at English Wikipedia)

A few weeks ago I posted the trailer to the new film by JC Chandor called A Most Violent Year, set in New York City in 1981.

As support for the film (which releases in late December), they’ve asked me to do a few columns each Monday about New York City history for the film’s tie-in site about the year 1981. Â The year is a turning point in the city’s struggle with crime, deteriorating infrastructure and urban decay. Â It’s the year The Clash caused a riot in midtown, the year the New York Times first reported on a “rare cancer” killing gay men, the year Ed Koch ran both as a Democrat and a Republican. Â Robbery and murder rates in the city would reach their highest peak. Â But it would also be the year where things begin turning around in New York.

My first column is on a particular incident which occurred two minutes before midnight on December 31, 1980, and how that incident reflected upon the grim state of affairs in the city. Â Check out the full story here.

3 replies on “More signs of ‘A Most Violent Year’: New movie tie-in column”

Many inhabitants of today’s NYC don’t know how awful this city was to live in during the 1970’s and early 1980’s . “Warriors” movie may have been an exaggeration , but not so much in certain neighborhoods
The last 20 years have been so much safer for so many citizens

Read every article on the site so far, and haven’t seen the elephant in the room discussed: Did the perception of danger allow art to flourish? Can a city ever be both safe and vibrant? (Even pre ’60s, the Bohemian neighborhoods weren’t considered “safe”, and could be described as we’re “you wouldn’t want to raise your kids”)

My apologies to The Bowery Boys, I thought I was replying on the 1981.nyc site. My point about safety and vibrancy in a city was directed at them