PODCAST The history of the New York City fashion industry and how it found its home south of Times Square aka The Garment District.

The Garment District in Midtown Manhattan has been the center for all things American fashion for almost one hundred years. The lofts and office buildings here still buzz with industry of making clothing — from design to distribution.

New York’s long history with the ready-to-wear apparel industry has an ugly beginning — the manufacture of clothing for Southern slaves. Garment production thrived here by the middle of the 19th century thanks to thousands of arriving immigrants, skilled in the production of making clothes.

By 1900, most of the clothes in the United States were made below 14th Street, in the tenement neighborhoods of New York. The disaster at the Triangle Factory Fire in 1911 brought attention to the terrible conditions found in New York’s new loft-style factories

Fears of the clothing industry encroaching upon Fifth Avenue provoked some New York businesses to stop working with garment sector unless they moved to particular area of the city. And so, by the mid 20th century, hardly a stitch was sold in the United States without it coming through the blocks between 34th Street and 42nd Street west of Sixth Avenue.

Listen in as we describe the Garment District’s chaotic flurry of activity — from the fabulous showrooms of the world’s greatest designers to the nitty-gritty bustle of the crowded streets.

FEATURING: Ed Koch, Lauren Bacall, the Brooks Brothers and more puns that you can possibly stand.

WARNING: Our show intro is bursting at the seams with clothing puns!

There were as many trucks in the Garment District as models, taking supplies to the busy workshops and finished garments to retailers. Photo is fromÂ Nov. 29, 1943.

Another common site — racks of clothing being pushed down the street.

The Garment District at lunchtime, 1944. We told you it was insane!

The following are a series of pictures capturing workers in a clothing factory on 36th Street and Tenth Avenue, 1937 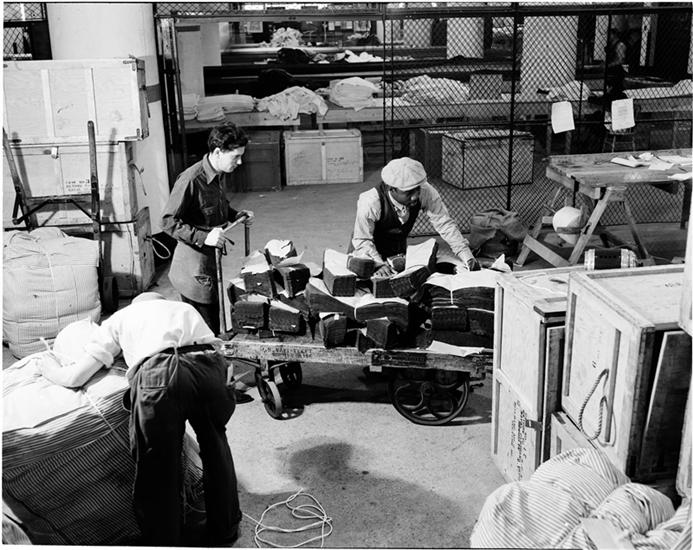 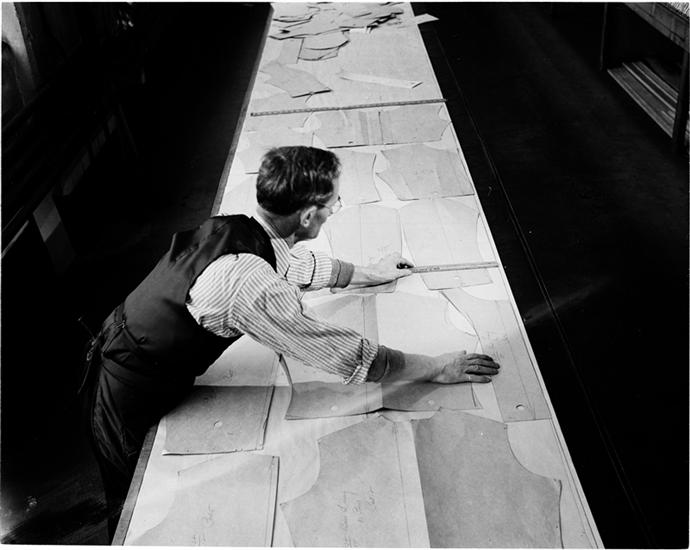 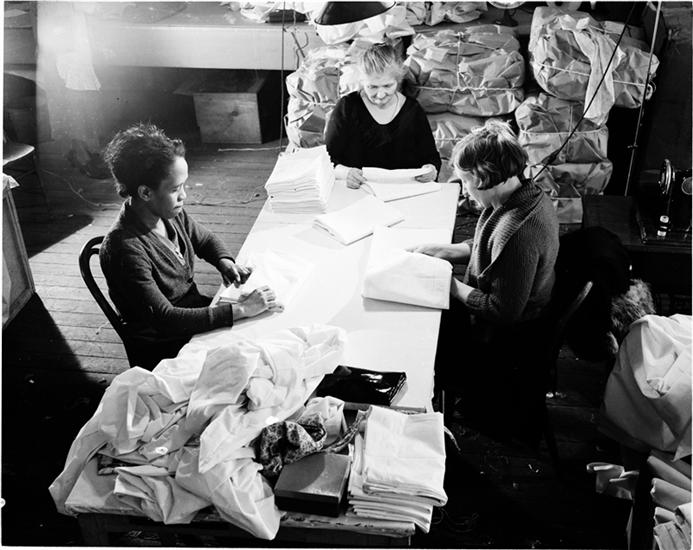 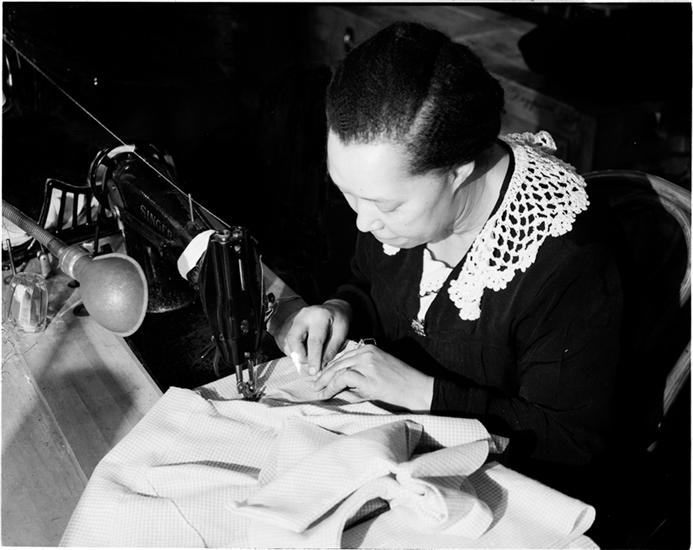 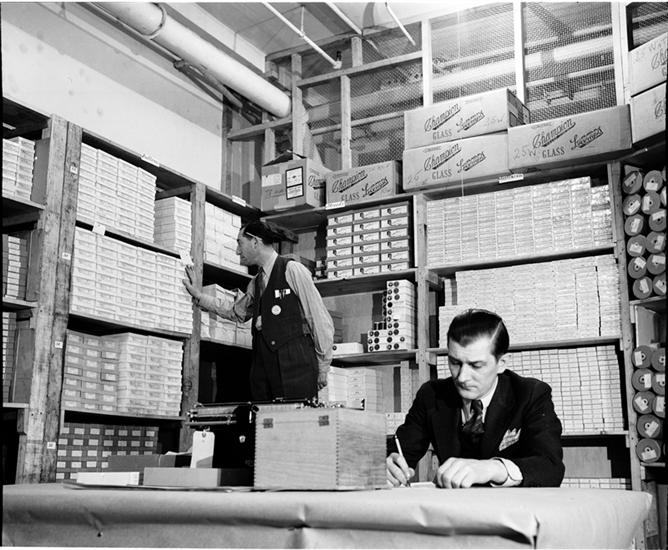 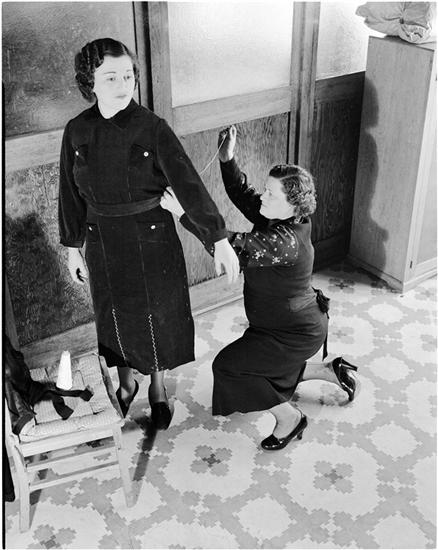 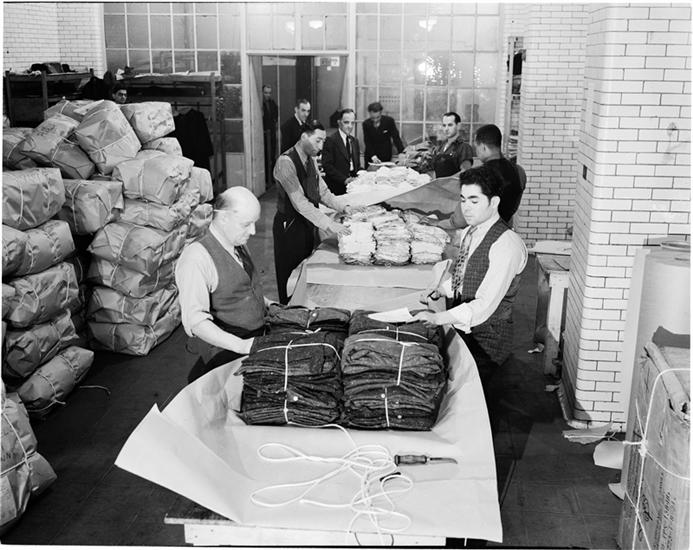 Behind the scenes at a Gimbels Fashion Show, 1949

The unique brutalist architecture of the Fashion Institute of Technology 1964 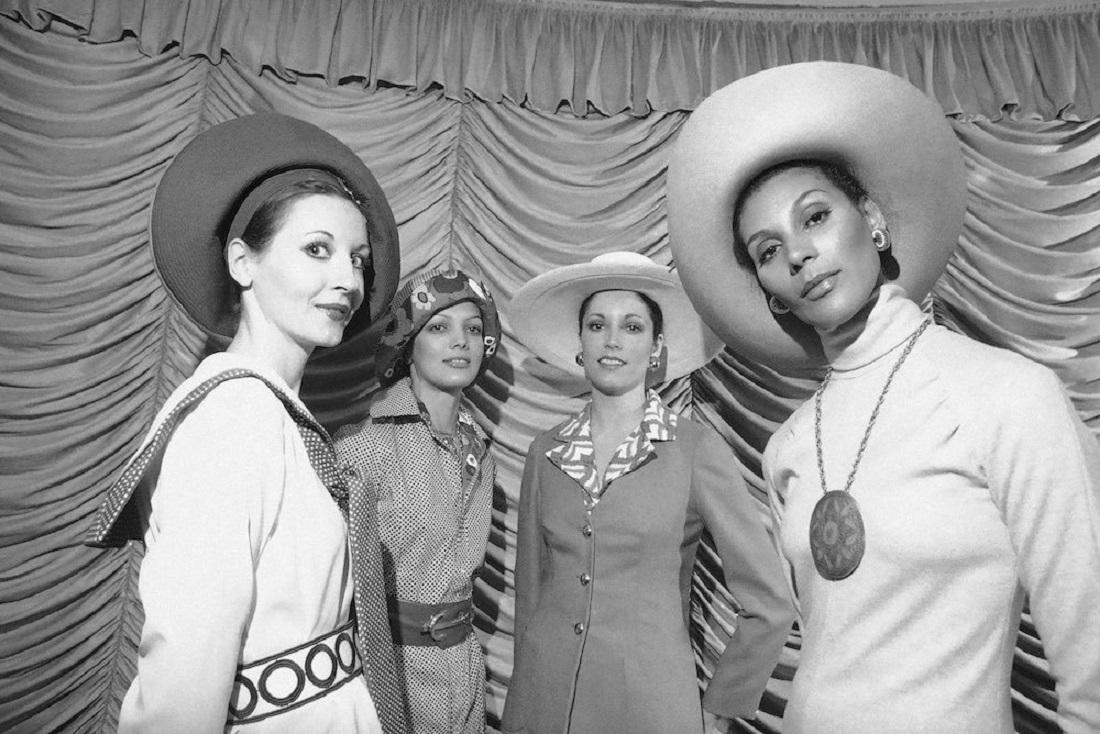 The naming of “Project Runway Avenue” 2012

Hi there ,
This is the first podcast I’ve listened to by you guys ! I really enjoyed it and am now listening to your past shows ! Thanks for your show!

Regarding garment puns: My dad created the title “Pins and Needles” for the satirical revue performed by actual members of the Ladies’ Garment Workers Union in the 1930’s, and when the play was performed in the White House for FDR, the newspaper headline next day was “President in Stitches, or Sew It Seams”.

Wow — thanks for your comment, and those amazing puns!