PODCAST Dry wit! Wet lips! The story of Prohibition during the Jazz Age and the movie star-turned-hostess who became the toast of New York nightlife.

Texas Guinan was the queen of the speakeasy era, the charismatic and sassy hostess of New York’s hottest nightclubs of the 1920s. Her magnetism, sharpened by years of work in Hollywood, would make her one of the great icons of the Prohibition era.

She’s our guide into the underworld of the Jazz Age as we explore the history of Prohibition and how it affected New York City.

The temperance movement united a very bizarre group of players — progressives, nativists, churchgoers — in their quest to eliminate the evil of alcohol from American society. Many saw liquor as a symbol of systemic social failure; others suspected it as the weakness of certain immigrant groups.

Guinan, a Catholic girl from Waco, Texas, was introduced to New York’s illegal booze scene by way of the nightclub. Her associations with rumrunners and gangsters were certainly dangerous, but her unique skills and charms allowed her an unprecedented power on the edges of a world fueled by the ways of organized crime.

Come along as we visit her various nightclubs and follow the course of Prohibition in New York City from the loftiest heights to the lowliest dive.

Listen to our podcast: Texas Guinan, Queen of the Speakeasies

“Lips That Touch Liquor Shall Not Never Touch Mine” was a popular temperance ballad of the late 19th century.

Inside a New York saloon in 1919. Its kegs would soon run dry, the barroom shuttered. 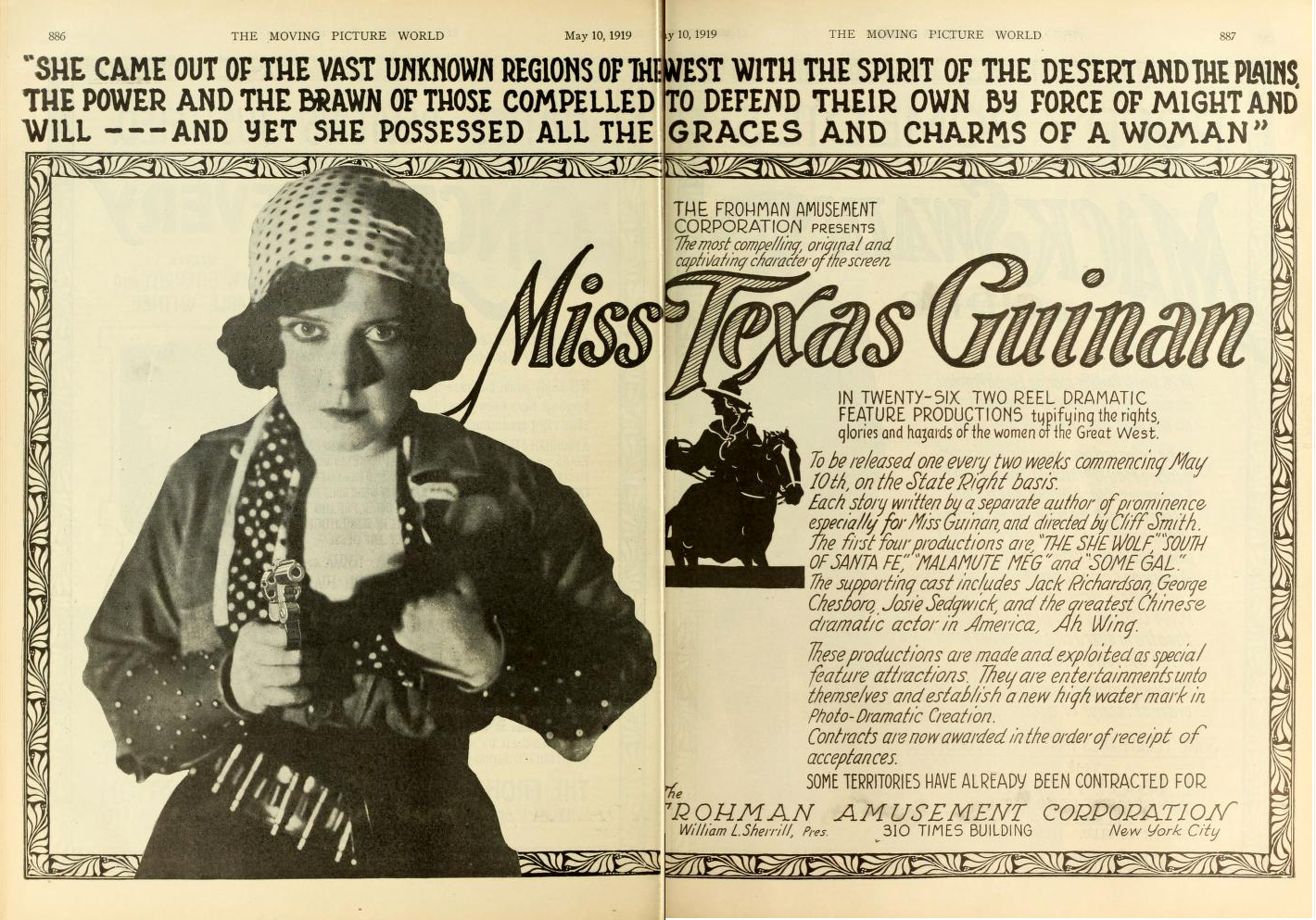 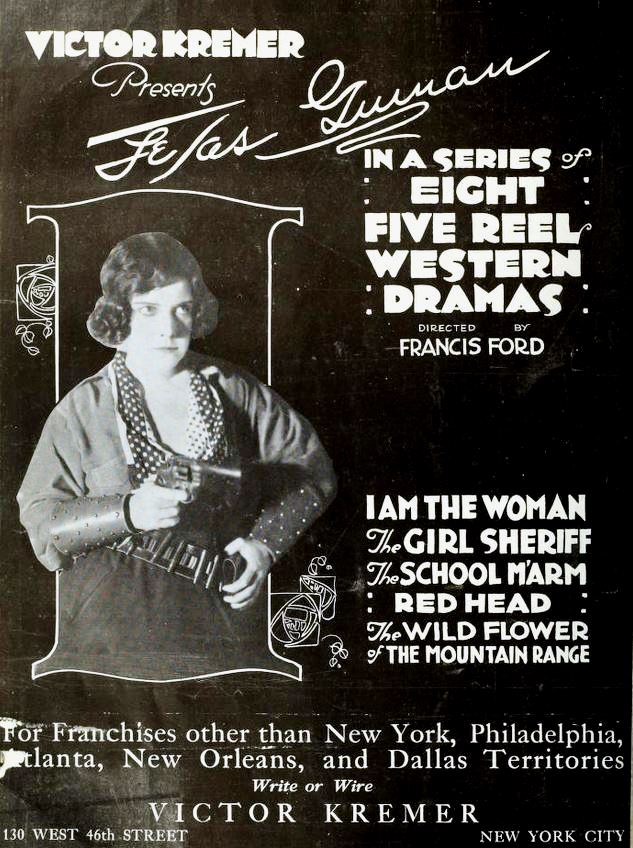 A lobby card for one of her biggest hits — The Gun Woman. These movie did not exactly display Guinan’s more playful charms. 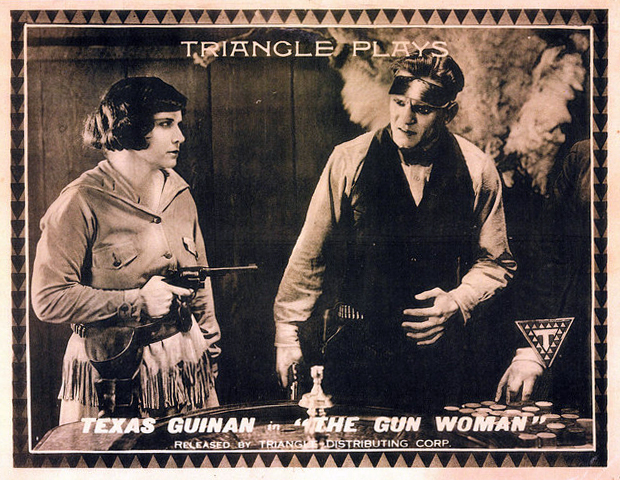 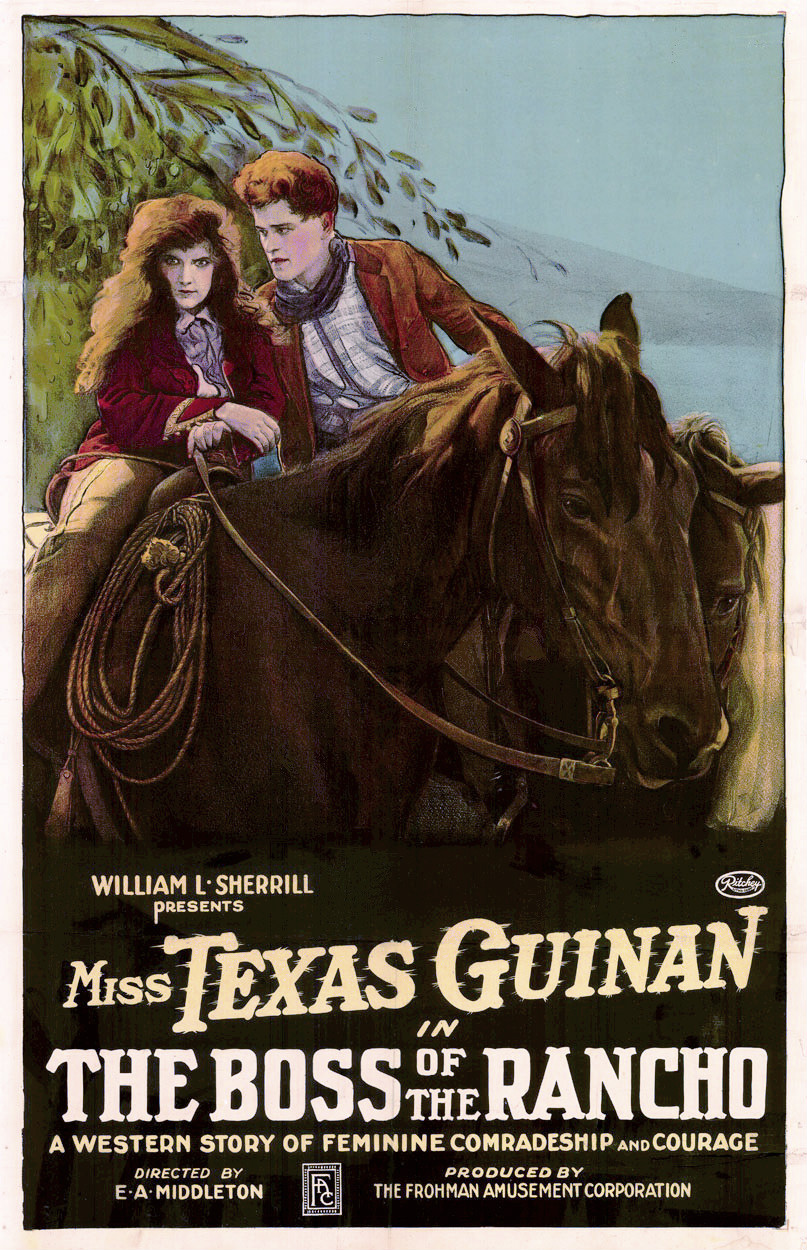 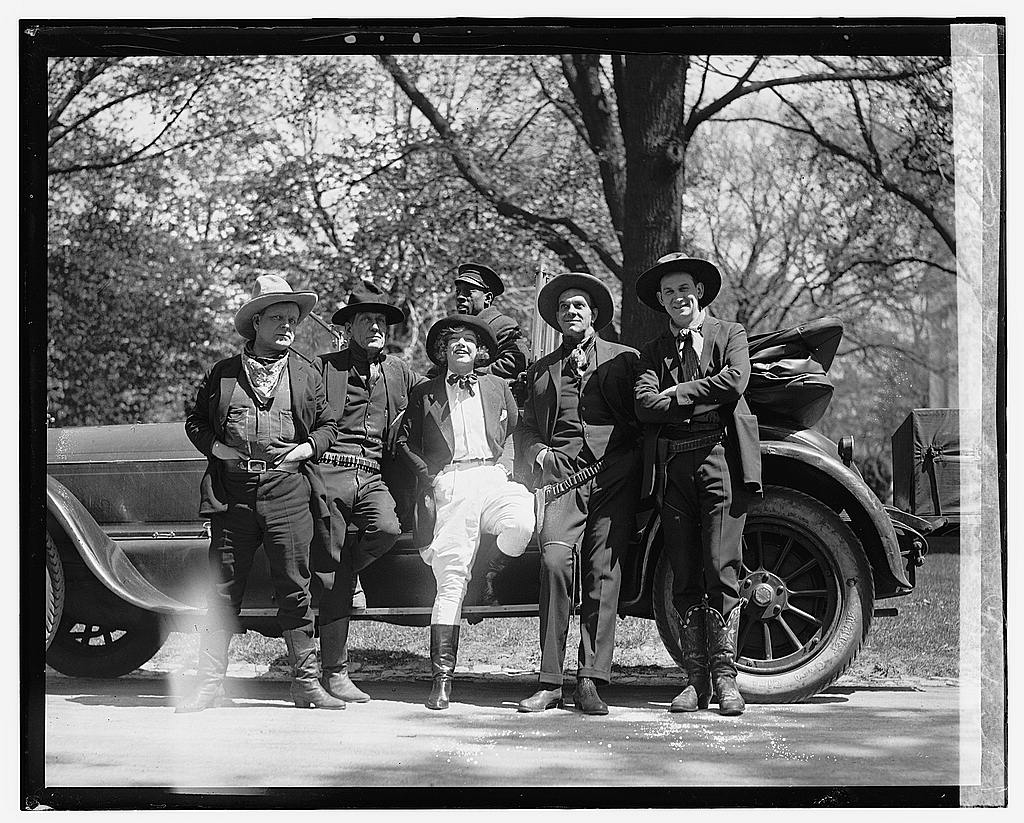 She would go blonde by the time she got to New York, helping to define hairstyles every night in her clubs. 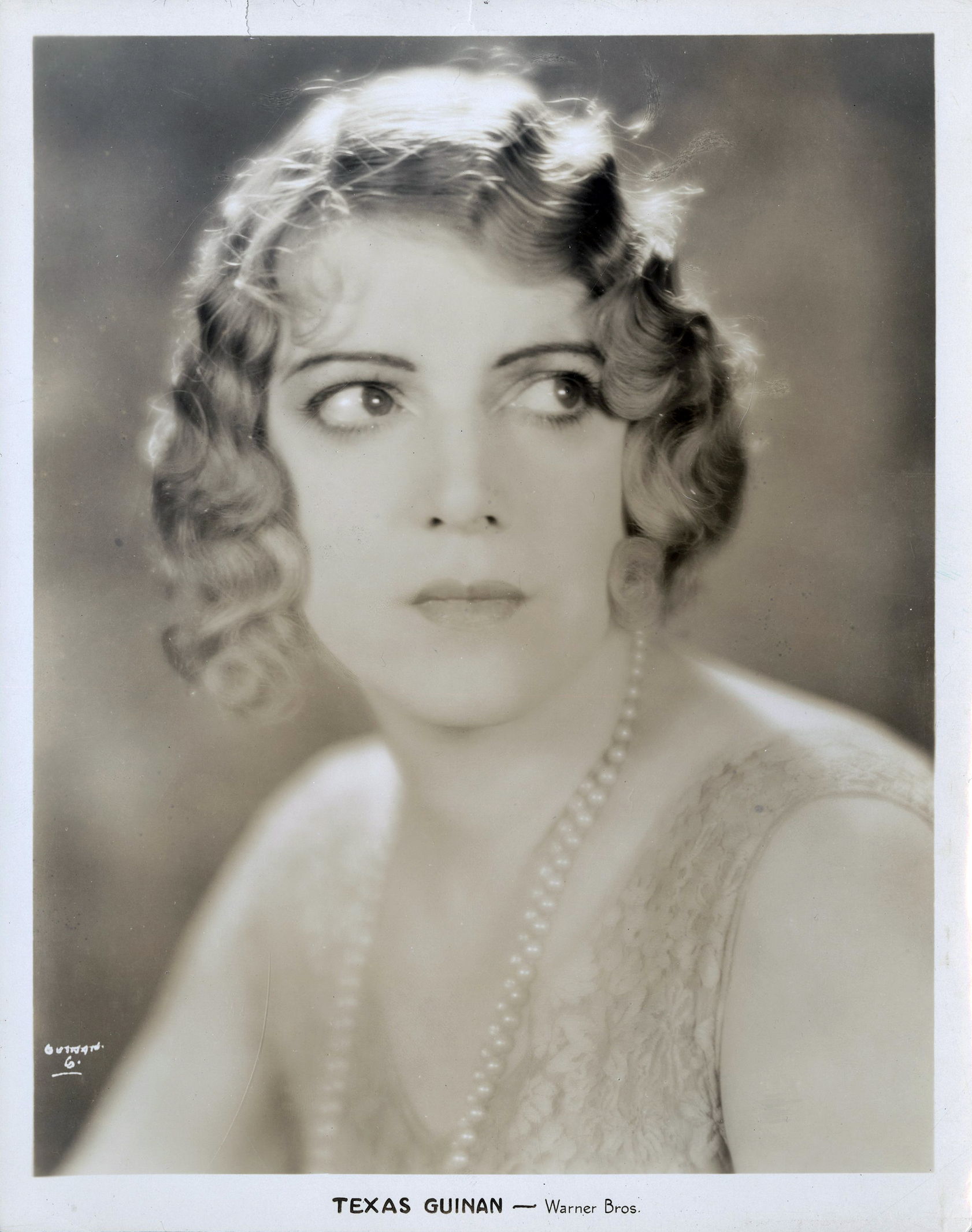 A menu from the Cafe des Beaux Arts from 1914. This would be the place where Guinan would be ‘re’-discovered. 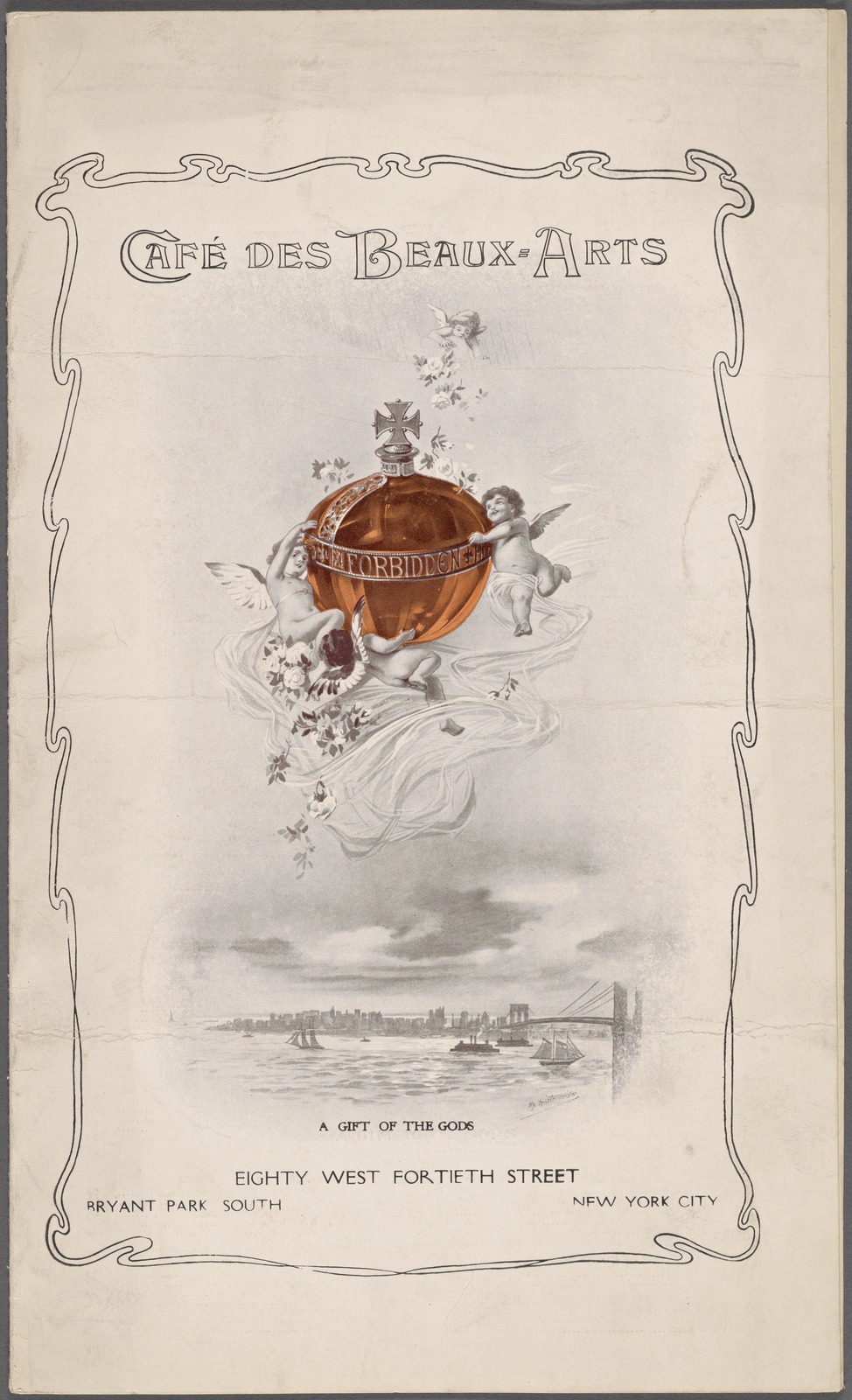 The interior of the King Cole Bar at the Hotel Knickerbocker showing the “Old King Cole” mural by Marfield Perrish. Below that: the exterior. The building, located on 42nd Street, has been refurbished to its original glory today.

Men gather outside the El Fey Club where Guinan first worked with Fay and made connections with New York’s criminal element. 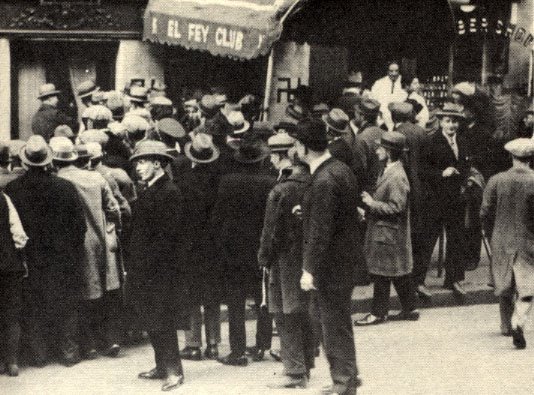 Texas Guinan with Larry Fay to her right and a row of beautiful flapper chorus girls. 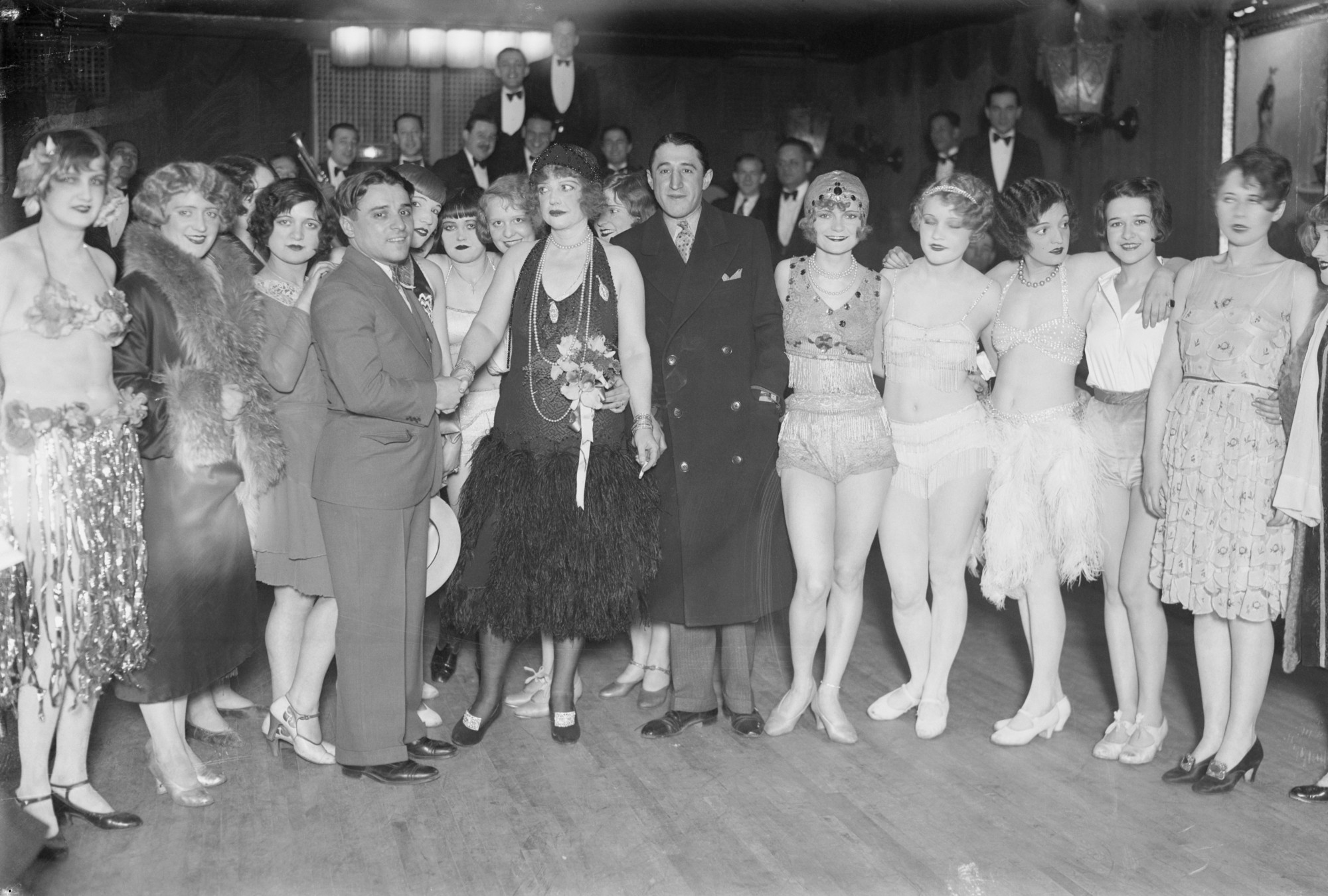 A calling card for Guinan’s most famous establishments.

All the while, she kept working on the stage and even doing a bit of touring. Here’s Guinan in 1925, stepping off the train to Miami. (I can’t imagine she was just there for a performance. Miami was considered ‘the wild west of bootlegging‘.) 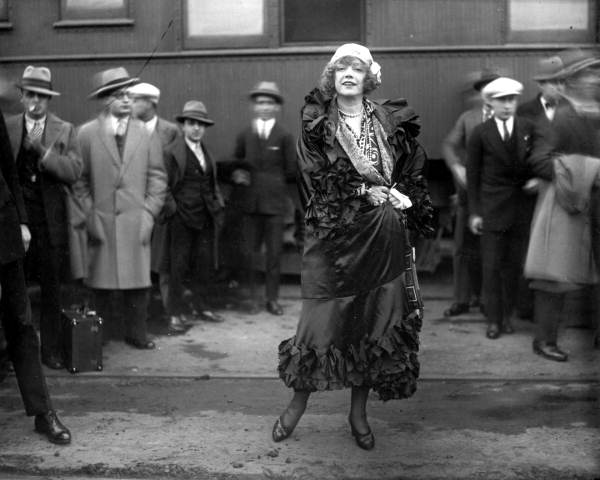 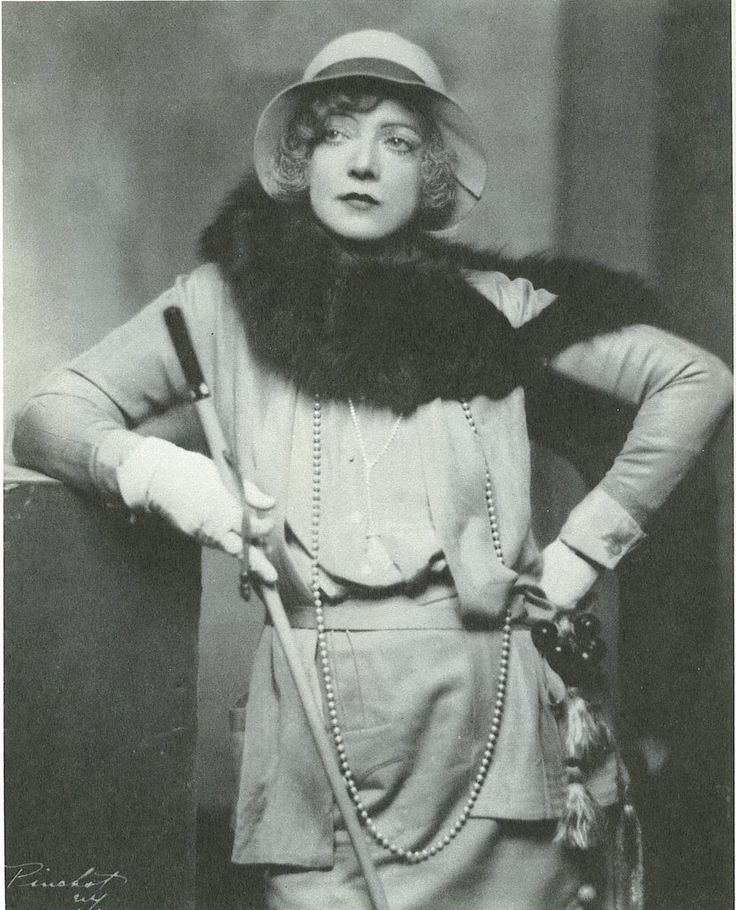 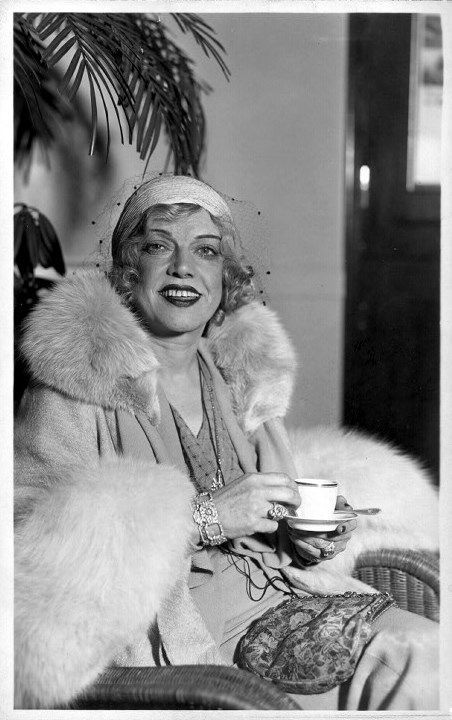 A couple rare videos of Guinan in action:


For more information, check out the following books:

Last Call: The Rise and Fall of Prohibition by Daniel Okrent

Texas Guinan: Queen of the Nightclubs by Louise Berliner

Satan in the Dance Hall by Ralph G. Giordano

— The Life and Death of Rudolph Valentino (Episode #170)