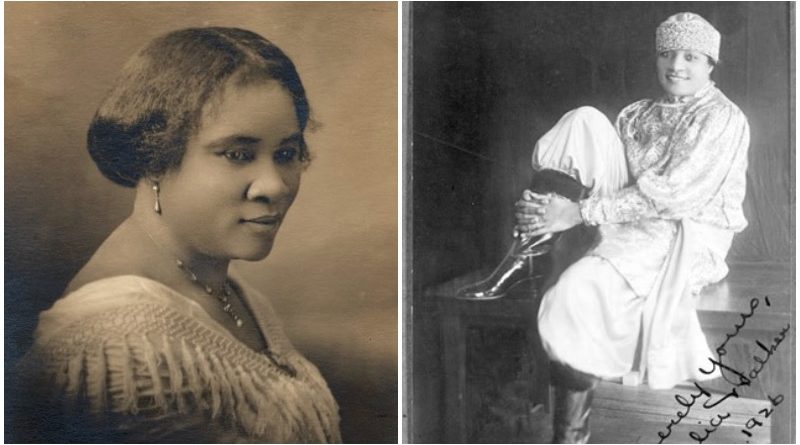 PODCAST The story of Harlem’s hair care queen and her daughter A’Lelia, a patron of the Harlem Renaissance.

In 1867, Sarah Breedlove was born to parents who had once been enslaved on a Louisiana plantation. Less than fifty years later, Breedlove (as the hair care mogul Madam C.J. Walker) would be the richest African-American woman in the United States, a successful business owner and one of black America’s great philanthropists. At her side was daughter Lelia (later A’lelia) Walker, guiding her mother’s company to great success despite extraordinary obstacles.

The Walkers moved to Harlem in the mid 1910s during the neighborhood’s transformation from a white immigrant outpost to a thriving mecca for African-American culture. The ground floor of their spacious West 136th Street home was a hair salon for black women, opened during a contentious period when irate white property owners attempted to stem the tide of black settlement in Harlem.

The Walkers were at the heart of significant strides on African-American life. Madam used her wealth to support organizations like the NAACP push back against violence and racism. A’lelia, meanwhile, used her influence to corral the great talents of the Harlem Renaissance. The two of them would positively influence the history of Harlem and black America forever.

FEATURING: The words of Langston Hughes, describing one of the most fabulous parties of the Jazz Age!

A selection of advertisements of Walker products. In most cases, her own image was use to sell the product. At the start of the century, it was still a new and extraordinary thing to even see the image of a black female face in print that was meant to convey beauty and confidence.

The training school, salon and townhouse of the Walkers, photographed in 1915/16.

A gathering at Villa Lewaro in 1924, many years after the death of Madam C.J. Walker.

A look at the villa today….

A’Lelia Walker, in the eyes of many, could not fill her mother’s shoes. So, in the 1920s, she decided to wear her own, becoming an impresario — empress-ario? — of the Harlem Renaissance, befriending and fostering the talents of America’s greatest black writers, artists and creators.  She’s pictured here with dancer Al Moore who frequently performed with Fredi Washington.