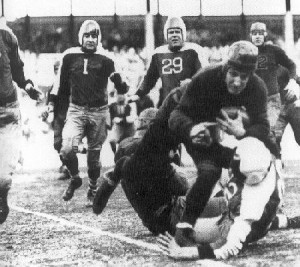 I’ve had a couple emails asking us to do a New York Giants podcast this week. Oh, had I known! We would have planned one. However, by the end of next month, we will unveil another major sports-themed podcast.

In the meantime, here’s a few New York Giants’ non-statistical, history-related factoids to chew on and toss out to your friends at Sunday night’s Superbowl party:

— The National Football League was all of five years old when the Giants, and four other teams, joined up in 1925. New York was an unusual place to host a professional football team back then; teams normally propped up the spirits of small to mid-size towns (Canton, Muncie, Rock Island, Portsmith, Akron, Buffalo) and many were particularly centered in Ohio. That’s why the Football Hall of Fame is in Canton.

— Promoter and bookie Tim Mara bought the New York Giants for all of $500 back in 1925, and for his troubles almost went bankrupt. The team thanks him by immediately losing their first three games, before charging through an amazing winning streak and ending the season 8-4.

— In 1931, Mara passes ownership of his team to his two sons Jack Mara (age 22) and Wellington Mara (age 14). By far, Wellington is the youngest owner ever of a major league football team. Believe it or not, he would co-own the team all the way until his death in 2005! (That’s him in the pic below, with the team in 1941). 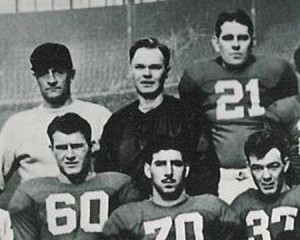 — The Giants played at Polo Grounds, at West 155th Street and Eighth Avenue, as did almost every other New York sports team at one time or another, including the New York Jets (even when they were known as the Titans). Sports enthusiasts referred to it as Polo Grounds IV, as three prior incarnations (including one in the same spot) have hosted New York sporting events since the 19th Century.

— In a 1934 game with the Chicago Bears, the temperature dipped to 9 degrees, and the grounds were so icy that the coach made the Giants switch to basketball sneakers in the Fourth Quarter, effectively winning them the game 30-13 against the slippery Bears. The game is infamously known as ‘The Sneaker Game’.

— A game against crosstown rivals the Brooklyn Dodgers (yes, they were a football team too) on Dec 7, 1941, was interrupted by the announcement of the attack on Pearl Harbor and the call for military personnel over the loudspeakers. Giants player Al Blozis would enlist in the Army and die in Vosges Mountains during the Battle of the Bulge; his number 32 would be permanently retired. 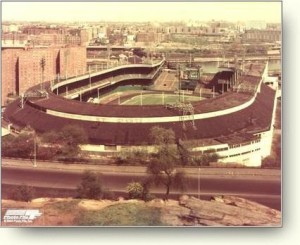 (Above: overhead shot of the Giants’ early home, the Polo Grounds)

— 1958 The Giants play the Baltimore Colts in the first-ever televised championship game, largely considered in football mythology as ‘The Greatest Game Ever Played’.

Fran Tarkenton, a Giant quarterback from 1967-72, became so popular that he became host of the 70s show That’s Incredible with co-hosts John Davidson and Cathy Lee Crosby. 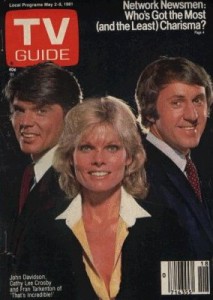 — The Yankees kick out the Giants, and they prep for a new stadium to be built in East Rutherford, NJ. So from 1973 to 74, the Giants temporarily move their games to New Haven, Connecticut and the Yale campus. However, after terrible losses there, they double back to the city to share Shea Stadium with the Jets for a single season (1975)

— Yay! The Giants move into their new stadium in 1976. They rejoice by promptly losing almost every game they play there, ending with a 3-11 record. 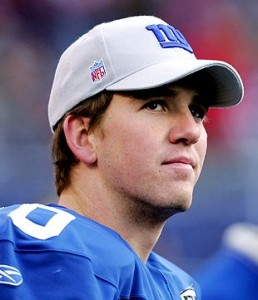 — Wellington Mara, a constant presence with the Giants since his teens, dies at age 89.

Check out the Giants official history. And thanks to Sports Encylopedia for the info…