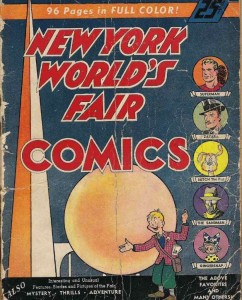 Seventy years ago, one of the strangest displays of American progress ever organized opened its doors in Flushing Meadows, Queens — the 1939-40 World’s Fair. This celebration of human advancement — as demonstrated through miles of utopian kitsch and strikingly bizarre architecture — was a reason for Robert Moses to turn the unsightly Corona Ash Dumps into a Queens super-park. The fair was advertisement as entertainment, with hundreds of modern gadgets displayed as novelties and staples of the future.

The park opened on April 30, 1939, because it coincided with another great day in New York City history — the inauguration of George Washington. That’s how important the city thought the opening of the fair way. With 200,000 people in attendance, Franklin Delano Roosevelt gave an opening speech extoling the virtues of American ingenuity as he became the first president to be broadcast to television audiences. Oh, nobody had TVs at the time. NBC helpfully scattered a few dozen of them throughout the city in a coy publicity stunt. Below: the speech as seen via the newfangled ‘television device’: 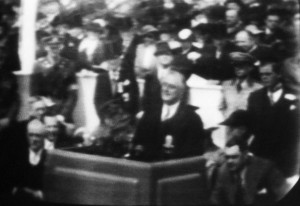 Defined by the odd Trylon and Perisphere buildings, the fair seems like something truly imaginary. The land where the fair once stood now contains the ruins of a New York’s other worlds fair, the event from 1964-65.

Below are some pictures of the extraordinary structures built especially for the 1939-40 “World of Tomorrow,” photographs by Alfred Eisenstaedt and David E. Scherman (photography courtesy Life Magazine): 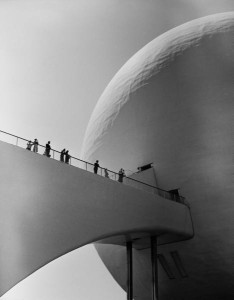 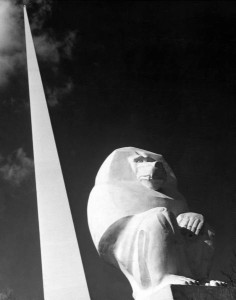 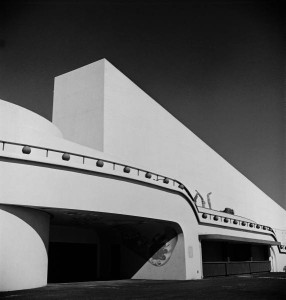 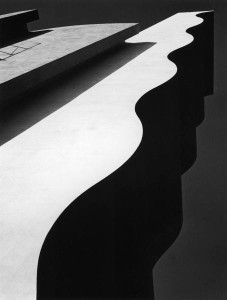 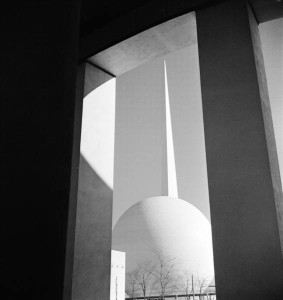 From the Atlantic Monthly (February 1939):

“One of Commissioner [Robert] Moses’s most striking miracles is the conversion of a vast swamp and a small mountain of odorous refuse in Queens into the site for the New York World’s Fair of 1939. He was given the task of preparing this uninviting terrain for the great exposition and spent more than $50,000,000 effecting the change.

By working twenty-four hours a day, with the aid of floodlights at night, the huge dump was leveled, two large lakes created, and the entire site transformed in less than nine months. Moses has seen to it that all schemes for the Fair conform to plans for the subsequent use of the site, with the result that the World’s Fair of 1939 is being created in what will be the largest, and perhaps the most beautiful, of the city’s parks.

Many hot battles have been fought over this big enterprise with Moses in the role of landlord to the Fair corporation, which is using his park and parkways. He refused to permit Grover Whalen to lead the Preview of the Fair Parade, held in April 1938 over Triborough Bridge, because, as he says, it would have inconvenienced the regular paying users, and because he regarded the preview ‘as a silly and wasteful stunt.'” 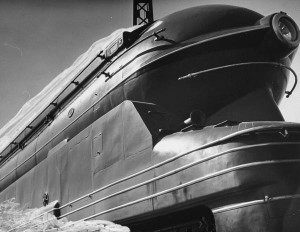 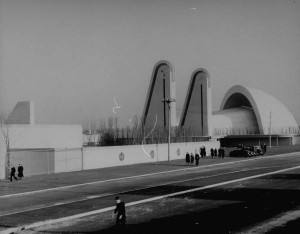 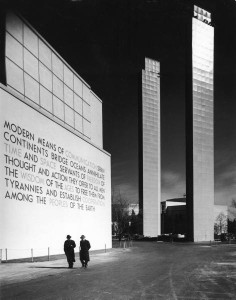 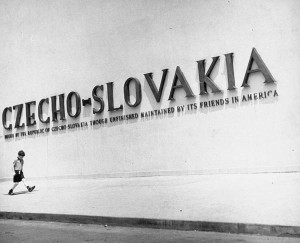 From an early prospectus of the Fair:
“The Fair will dramatically display the most promising developments of ideas, products, services and social factors of the present day in such a fashion that the visitor may gain a vision of what he might attain for himself and for his community by intelligence and cooperative planning.” 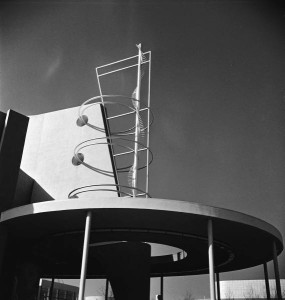 John Crowley in The World of Tomorrow: “Actually, Tomorrow scared me a little. Could I grasp the immense plan expressed in occult symbols all over the fair? Would I be up to tomorrow? It seemed so urgent that Tomorrow be dragged out of the Future where it lay, peacefully unborn. But why was it so urgent? Why?” 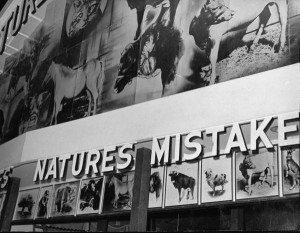 And finally, the true vision of the future: Elektro, the Smoking Robot

YOU MAY NOW SMOKE THIS CIGARETTE. GO ON. “And folks, he’s only two years old, too. Just learning.”

WNYC has some great audio samples from the fair, including snippets of FDR’s opening day speech.

I actually saw Electro at the NY Car show back in the 1960’s. It was retrofitted. I no longer smoked but answered science questions from the audience.

I’ve always found it fascinating that the same ash dump described in ‘The Great Gatsby’ is the one that became the World’s Fair site.

Love the shots – that was some amazing architecture!