Sometimes you can look back at history and think that nothing ever changes. And sometimes you find something that makes New York seem extraordinary unrecognizable, a city besieged by near barbaric crises. 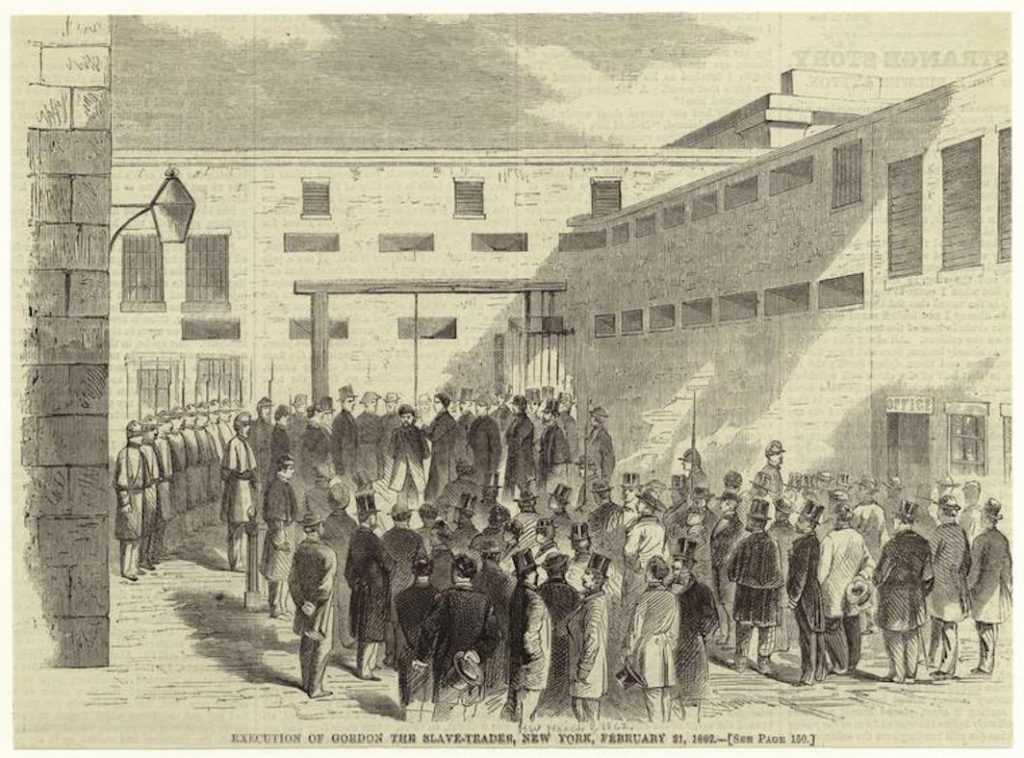 The image above depicts a scene from February 21, 1862, in the courtyard of the famous Tombs prison in the Five Points neighborhood.

The notoriously dank and foul-smelling complex was the scene of a great many public executions since its opening in 1838, but the one which took place on February 21 was particularly urgent, the crime cutting to the core of America’s central dilemma.

The man being hanged was Nathaniel Gordon, and his crime was international slave trade.

America was in the throes of a Civil War between the North and South, waged with slavery as its central issue. But the import and export of slaves into the United States has technically been banned decades earlier, and the U.S. Piracy Act of 1820 included human cargo in its definition of international piracy.

This did not deter Gordon, who sailed to North Africa in 1860 and loaded a boat with almost 900 people, intending to sell them to Southern plantations.

From a vivid description from Harper’s Weekly, the boat was overloaded with “eight hundred and ninety-seven (897) negroes, men, women, and children, ranging from the age of six months to forty years. They were half children, one-fourth men, and one-fourth women, and so crowded when on the main deck that one could scarcely put his foot down without stepping on them. The stench from the hold was fearful, and the filth and dirt upon their persons indescribably offensive.”

Gordon was caught just 50 miles offshore and brought to the United States for trial. He would have received a stern sentence even before the war, but with the conflict in full swing by the time of his trial in late 1861, Gordon’s defense team never stood a chance.

Despite pleas from wealthy supporters, Gordon was sentenced to die on February 7, 1862. President Abraham Lincoln commuted the sentence by two weeks, and Gordon’s supporters might have even convinced him to commute it further had Lincoln’s young son Willie not died of typhoid on February 20. 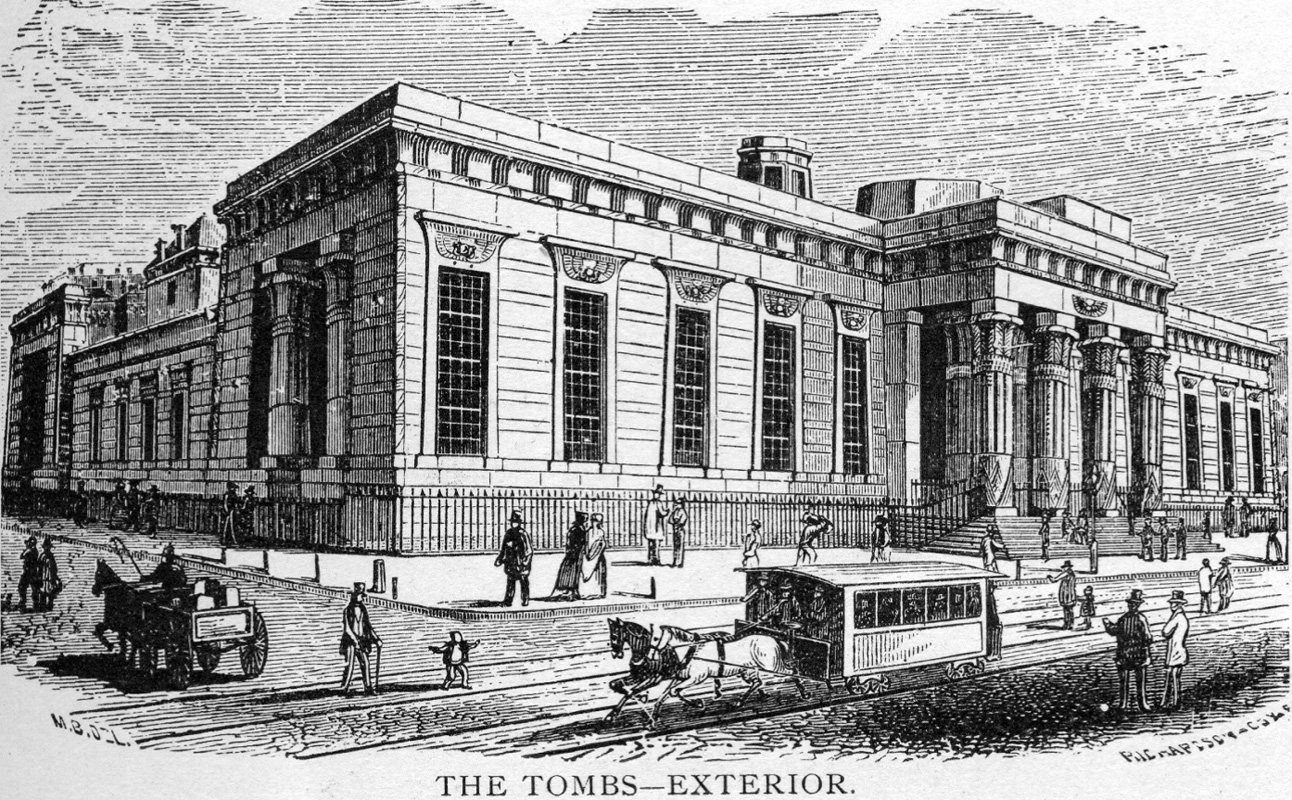 One notable fact about this execution is the Tombs (pictured above, in 1863) is a city prison, but the crime was a federal offense, the only such national execution to have taken place here.

Most federal executions took place at military installations. For instance ‘Pirate’ Albert Hicks was hanged on Bedloe’s Island, home of Fort Wood (and today the residence of the Statue of Liberty). Robert Cobb Kennedy, one of the Confederate conspirators who attempted to torch various New York hotels in November 1864, was executed at Fort Lafayette off the coast of Bay Ridge, Brooklyn.

Gordon was also the last person ever executed by the U.S. government for violations of the Piracy Act.

For more details on the execution, check out the great Corrections History blog which details the messy particulars of the execution.