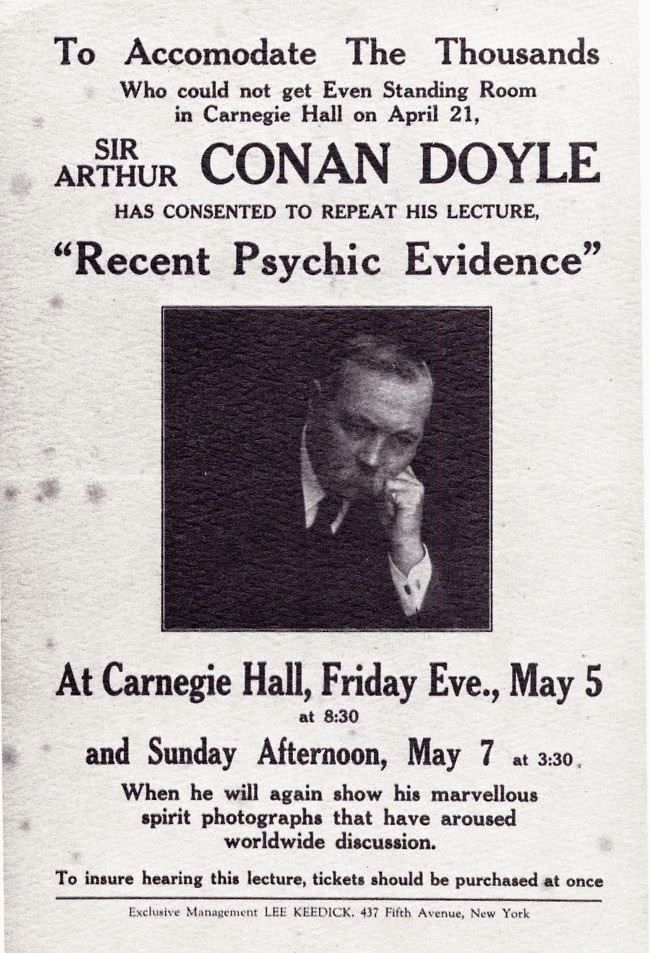 Sir Arthur Conan Doyle made a startling announcement in April 1922. Known for his beliefs in communicating with the afterlife, the famed creator of Sherlock Holmes announced an extraordinary discovery — the existence of ectoplasm, the ghostly goo that emits from mediums possessed with the spirits of the dead.

“Ectoplasm is a thick, vapory, slightly luminous substance which exudes from some materializing mediums,” Conan Doyle told the author Marguerite Mooers Marshall in an interview with the New York Evening World. “Immediately there comes from her body this vaperous substance which surrounds her like a fog. As the ectoplasm increases it becomes more dense. It coalesces, becomes sticky. It can be felt. It can be photographed.”

To prove the existence of this viscous residue, the Evening World published photographs of alleged ectoplasmic events on April 26, 1922. 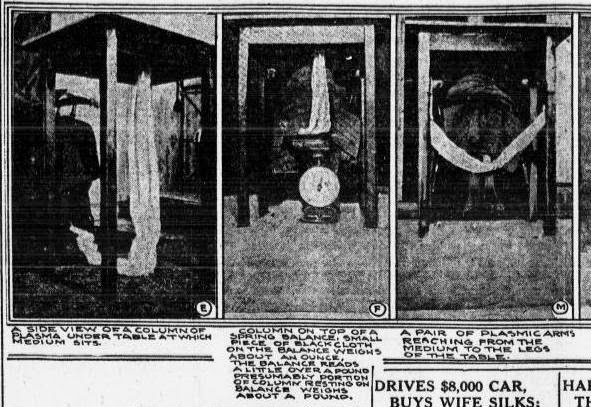 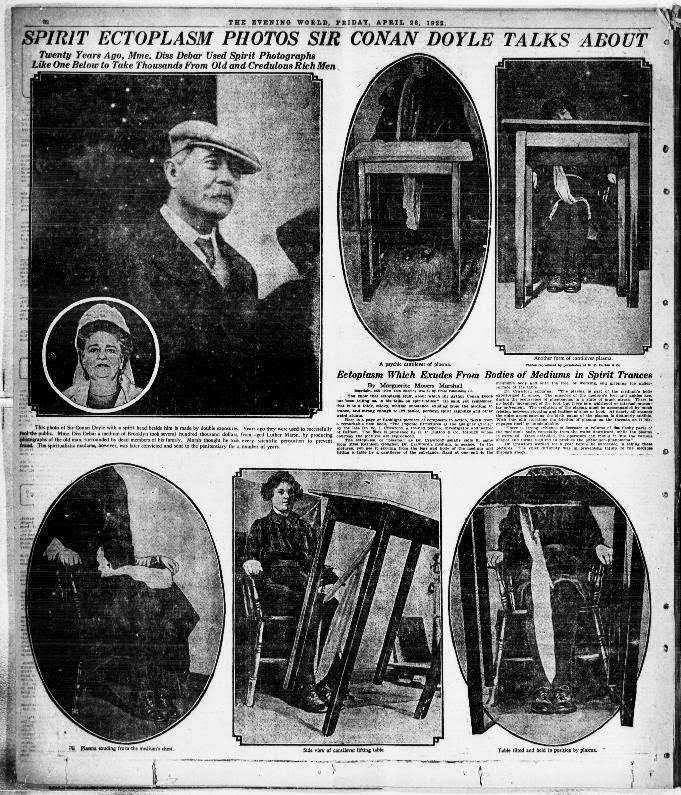 The root of all this sudden interest in bizarre supernatural events during the spring of 1922 was a series of lectures Conan Doyle gave at Carnegie Hall and the Brooklyn Academy of Music, shaking proper society to the core with Spiritualist talk of mediums and psychic planes far outside those commonly prescribed by Western religion.
Among the spirit photography he displayed in the legendary CarnegieÂ stageÂ were several examples of ectoplasmic events, thick wisps of ghostly material issuing from the bodies of entranced mediums.
His lectures were received with great interest and much mockery. In reference to the author’s peculiar views of the afterlife and days before run the odd photography posted above, the Evening World intoned in a headline, “ALL WOMEN PRETTY AND 25, MEN 30, IN DOYLE’S HEAVEN.“
Others blamed a series of mysterious murders and suicides in New York City during this time period on Conan Doyle’s disturbing lectures.

It was in May of that year that Conan Doyle met with Harry Houdini, magician and famous spiritualist skeptic. Â (We speak of the results of this encounter in our podcast Mysteries and Magicians of New York.) Among their lengthy debates regarding the spiritual realm were discussions on the existence of ectoplasm.

Below are some of the more disturbing photographs of alleged ectoplasmic activity. Â It was similar photos to that that Conan Doyle displayed at Carnegie Hall in 1922. 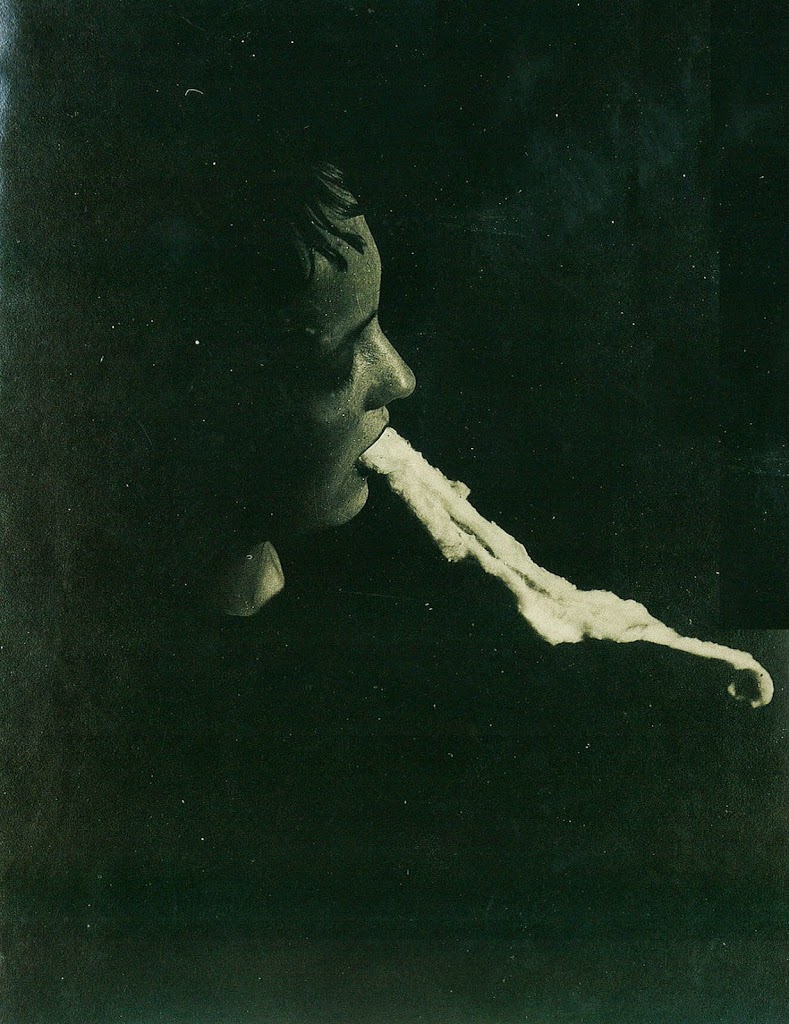 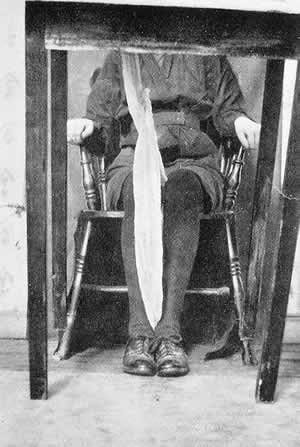 Sometimes the ectoplasm came out in the form of little people, as in this photo of Annie Mellon and an entity named ‘Cissy’, c. 1890 (Univ. of Sydney) 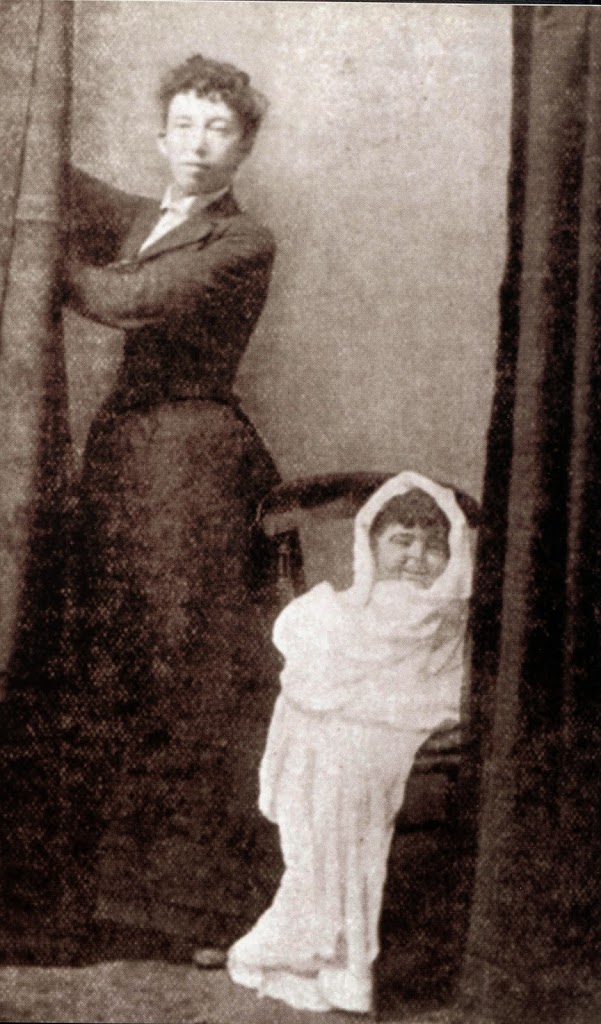 Conan Doyle himself could even expel ectoplasm, especially in front of a camera! Â This was taken in 1922, possibly while he was in New York 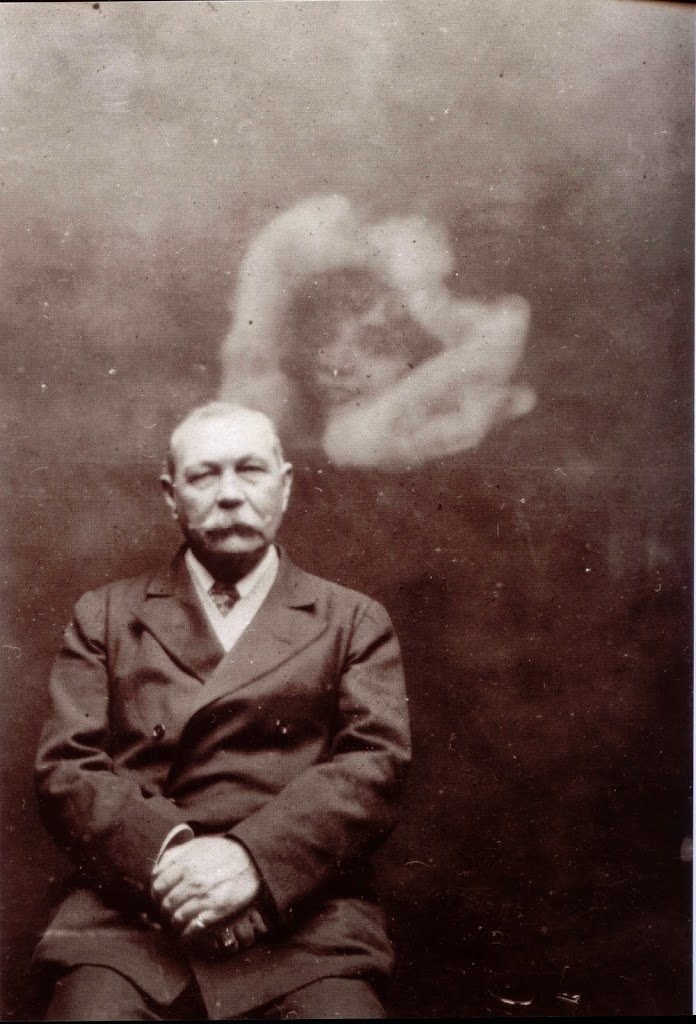 Below: Video evidence of ectoplasm and creatures made from the substanceÂ


(If you’re in a Ghostbusters mood, read my exhaustive breakdown from last year of all the fun New York trivia from the 1984 film classic.)

The Kathleen Golligher photo. is in the William J. Crawford book: THE PSYCHIC STRUCTURES AT THE GOLIGHER CIRCLE (1921) book that I own. It is on archive.org Steve.