Cast-iron construction, pioneered in America by architect James Bogardus in the 1850s, became the preferred method of building large dry goods shops and department stores in the mid- and late nineteenth century, thanks to the speedÂ with which these enormous buildings could go up and the savings they presented over heavier, more cumbersome construction methods.

Today SoHo contains the largest surviving collection of cast-iron buildings in the world. Wandering through these streets in the late afternoon, sun ignites their white- and cream-colored exteriors. Itâ€™s magicalâ€”and the stuff of a million postcards, album covers, and selfies. 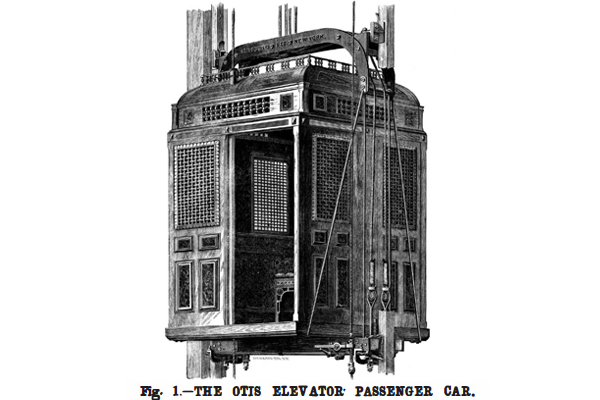 There had been so-called ‘hoisting elevators’ — crude platforms elevated by man power — but they were dangerous and their cords easily snapped. Elisha Otis, an inventor from Yonkers, New York, perfected the safety break which allowed a large containment to be moved up and down without fear of plummeting. He debuted this device to enthusiastic acclaim at the 1854 Crystal Palace Exposition.Â And soon, after some savvy newspaper advertisements, Otis finally found his first major client.

That would beÂ the magicalÂ emporium of E. V. Haughwout, at Broadway and Broome Street, a luxury store which sold fine china and glassware. The corner buildingâ€™s two-sided cast-iron construction and facade was the first of its kind when it was completed in 1857, and soon inspired blocks lined with similar construction throughout SoHo.

Below: The department store — and the elevator — were first opened ‘for public inspection’ on March 23, 1857.

But its most important contribution was placed insideâ€”a passenger elevator, installed the same year, which lifted and lowered its wealthy clientsÂ to its various exotic departments.

According to the website of OTIS elevators themselves: “On March 23, 1857, Otisâ€™ first commercial passenger elevator was installed in the E.V. Haughwout and Company…….The price of the elevator was US $300. The unit rose at a speed of 40 feet per minute (0.2 meters per second).”

From the New York Tribune: “Among the novelties we noticed is an elevator to be worked by steam, which is to be furnished with a sofa and carriage to carry ladies from one floor to the other. The steam engine and boiler are located on the rear lot disconnected from the main edifice.”

The grand opening on March 23, 1857, drew thousands of curiosity seekers throughout the entire day. Although the time to visit would have been right around 7:30 when all the lights went on at once spontaneously, “in all the windows of the six stories. The view from lower Broadway and Broome Street will be truly grand.”

Haughwoutâ€™s Emporium was also famed for its French champagne and for the fine flutes that it was drunk from. Surprised? While the neighborhood today still pops more than its share of bubbly, SoHo was never more glamorous than during the Haughwout years. And part of the reason for its acclaim was its marvelous, state-of-the-art elevator. 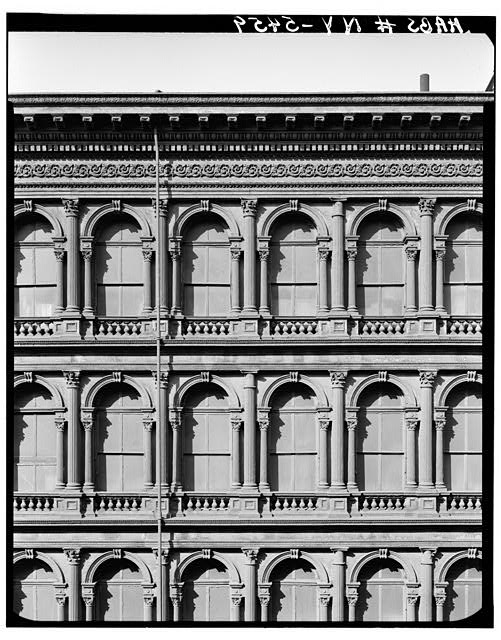 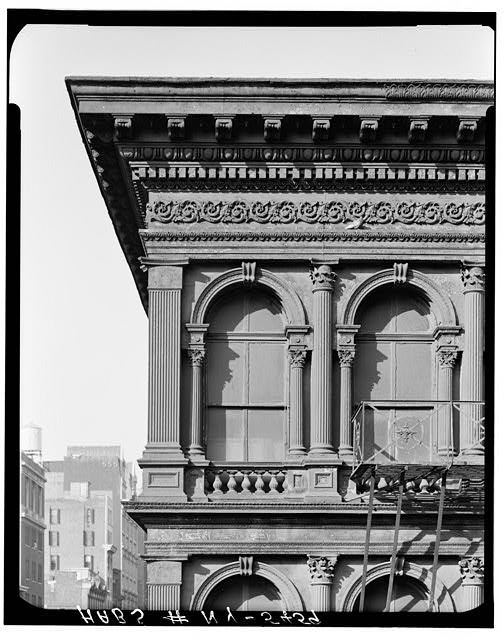 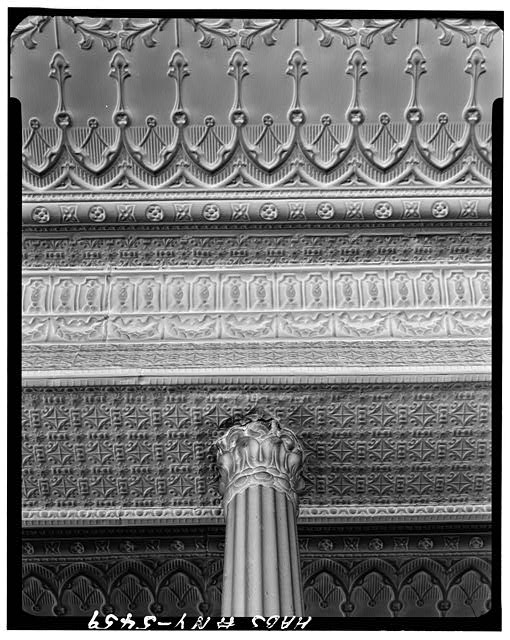 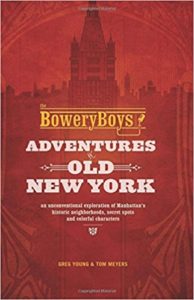