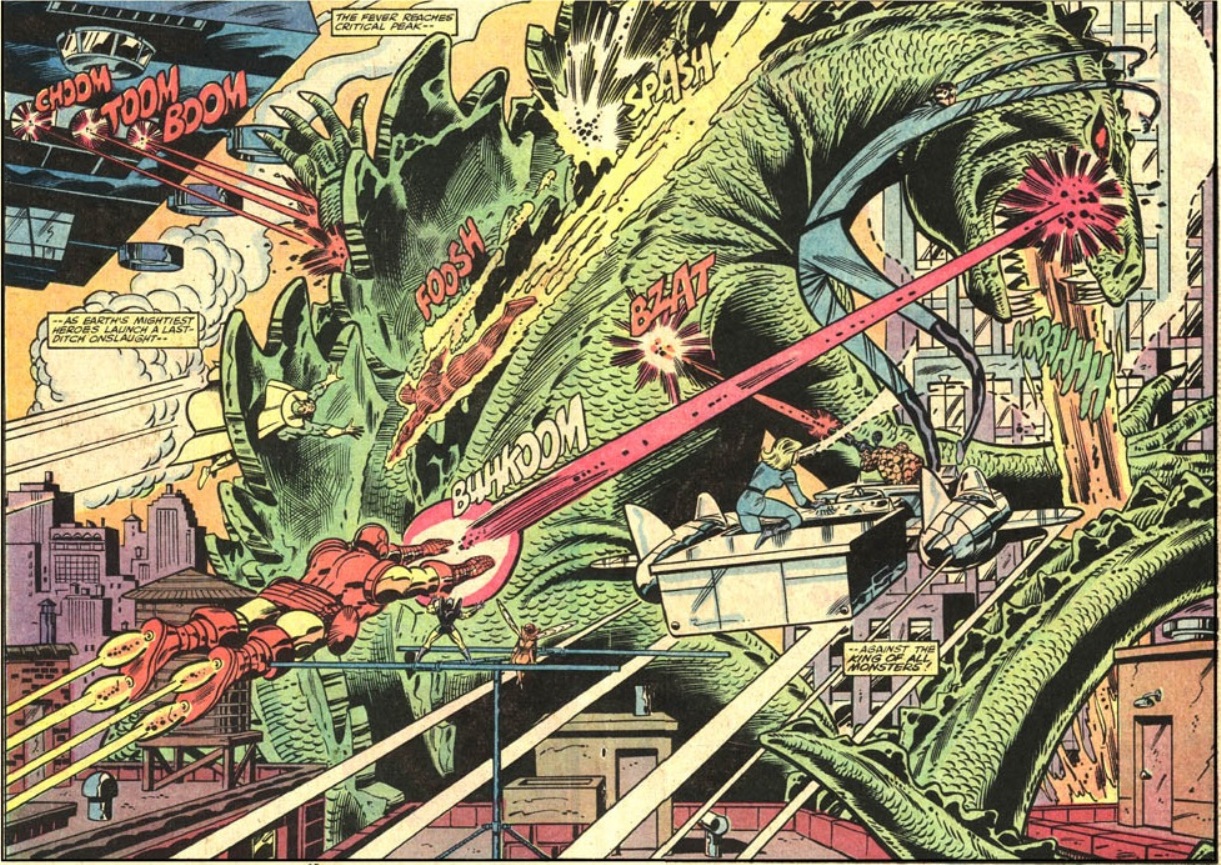 PODCAST  A history of the comic book industry in New York City, how the energy and diversity of the city influenced the burgeoning medium in the 1930s and 40s and how New York’s history reflects out from the origins of its most popular characters.

In the 1890s a newspaper rivalry between William Randolph Hearst and Joseph Pulitzer helped bring about the birth of the comic strip and, a few decades later, the comic book.  Today, comic book superheroes are bigger than ever — in blockbuster summer movies and television shows — and most of them still have an inseparable bond with New York City.

What’s Spider-Man without a tall building from which to swing? But not only are the comics often set here; the creators were often born here too. Many of the greatest writers and artists actually came from Jewish communities in the Lower East Side, Brooklyn or the Bronx.

For many decades, nearly all of America’s comic books were produced here.  Unfortunately that meant they were in certain danger of being eliminated entirely during a 1950s witch hunt by a crusading psychiatrist from Bellevue Hospital.

To get this week’s episode, simply download it for FREE from iTunes.

COMING THIS FALL:  Superheroes’ ties to New York City history will be further explored this fall in the New-York Historical Society’s Superheroes in Gotham exhibition, which opens October 9, 2015.
http://www.nyhistory.org/exhibitions/superheroes-gotham
(Friday, October 9 is the start of ComicCon weekend).

A young New York boy enjoys his comic book on the Bowery. Photo taken in 1940 by Andrew Herman.

And here’s the comic book he’s reading from March 1940, illustrated by George Papp.

In this 1947 photograph taken by Stanley Kubrick, a boy watches his baby sister and enjoys a Superman comic book while his mother shops inside.

An issue of DC Comics’ Superman from March 1947, with a cover by George Roussos and Jack Burnley

A girl takes a peek at some of the comic book offerings at Woolworth’s. Photograph by Stanley Kubrick taken in 1947.

An issue of More Fun Comics from June 1947, produced by DC Comics:

The Adventures of Obadiah Oldbuck, published in 1842, is considered by many to be the wellspring from which the comic medium derives. You can read the entire issue over at the Darmouth College Library website.

A Yellow Kid adventure which would have sprung out from the newspaper due to its vivid colors.

Both Hearst and Pulitzer ran versions of the Yellow Kid comic strip during the years that they were drumming up propaganda which lead to the Spanish-American War. The unscrupulous nature of their efforts earned them the phrase ‘yellow journalism’, inspired by their war of the popular comic strip by Richard Outcault,

Little Orphan Annie became the biggest crossover star of the early comic strip era.  Long before there was a musical, Annie starred in this 1932 melodrama, one of the earliest comic-to-movie crossovers.

The Batman debuted in Detective Comics in 1939, created by Bob Kane and Bill Finger. The city features in these adventures was Gotham City, startlingly similar to the city outside the creators’ windows.

Vault of Horror, one of an assortment of shocking comic books produced by EC Comics in the early 1950s. The cover art is by Johnny Craig.

Bill Gaines, publisher of EC Comics, at his offices at 225 Lafayette Street.

Dr. Fredrick Wertham, the writer of Seduction of the Innocent, who lead a charge against the comic book industry.

A young Stan Lee during the war as a member of the US Army’s Signal Corps. He even managed to do a bit of illustration for the cause!

The Thing from the Fantastic Four with the  Yancy Street Gang, a variation on Delancey Street in the Lower East Side.

What would Spider-Man be without New York City? The image of the Brooklyn Bridge (called the George Washington Bridge in the story) is featured in a classic tale involving the death of his girlfriend Gwen Stacey, written by Gerry Conway and drawn by Gil Kane, John Romita and Tony Mortellaro,

A page from Maus by Art Spiegelman, the graphic novel that brought the medium to a new level of respectability in literary circles.

All images on this website are owned by the original comic book companies which produced them.  Please see individual companies for more information.

If you’re into digging more into this subject, here are a few sources that I used for this podcast:

Jews and American Comics: An Illustrated History of An American Art Form, with written contributions by Paul Buhle

The Ten-Cent Plague: The Great Comic-Book Scare and How It Changed America by David Hadju

Men of Tomorrow: Geeks, Gangster and the Birth of the Comic Book by Gerard Jones