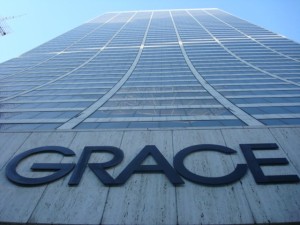 You can divide the mayors of New York into at least five different groups, with some obvious overlapping into one or more groupings:

2) Puppet mayors of Tammany Hall, driven by corruption, though occasionally by sudden late-day resistance against the powerful Democratic machine that put them into power

4) City workhorses, who spend their lives rising through the ranks to achieve the mayor’s seat almost as a finish line to their careers

Then there is the fifth kind, one that our current Michael Bloomberg embodies, as does this week’s Know Your Mayor topic, William R. Grace — the mogul mayor, a powerful businessman with astute vision who pursue civic leadership almost like a hobby.

Like Bloomberg, Grace entered New York politics only after establishing a business empire that spanned the globe. In fact, Grace’s resume hardly seems to foretell a future in local politics at all.

Born on May 10, 1832, in Cork, Ireland, young William and his family fled the potato famine in 1846 and eventually found themselves in Peru. Grace became a successful merchant to the shipping and delivery vessels mining South America’s natural resources, particularly bat guano, whose flexible chemical properties made it as desirable as precious metals. 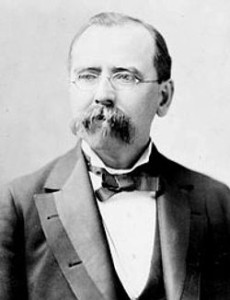 By 1854, Grace and his brothers had their own operation — W.R. Grace and Company — which initiated steamship lines traveling between North and South America. By the time the young entrepreneur decided to relocate to his North American office in New York City in 1866, he had become independently wealthy and one of the most powerful men navagating the Atlantic Ocean.

Like many of the nouveau riche, Grace lived in Brooklyn Heights with his wife where he could observe his burgeoning shipping empire in New York harbor, his vessels traveling between Latin America and Europe. His office was at 47 Exchange Place and, later, the India House.

His new financial powers granted him avenues into New York’s political scene. At first entirely uninterested in civic matters, he ran for mayor in 1880, and won, incredibly as a Democrat who also happened to be foe to the Tammany Hall forces. (If you’re going to fight Tammany Hall, it helps to have money and influence already in the bank.)

If that wasn’t enough, Grace become the first Irish-American and Catholic mayor in an age where when many city residents still distrusted Catholics. In fact, Republican opponents had claimed that Grace would “make this City subordinate to the Holy Father in Rome.“

Grace was mayor for two non-consecutive terms. From 1880-1882, his battles were with Tammany’s ‘Honest’ John Kelly and the city’s deteriorating infrastructure. Although Boss Tweed had been dead for two years, and Tammany’s corrosive readily exposed, Grace still devoted most of his first term battling his fellow Democrats over such things as street cleaning.

After returning to business for a couple years, he was brought back into the mayoral world in 1884 (until 1886) after the Republican and traditional Tammany candidates proved too divisive. Less dramatic years in terms of political battles, Grace would be involved with ensuring New York two of its most famous monuments.

He was mayor when the Statue of Liberty came to town, officially accepting the gift from the French in 1885. That same year he successfully secured the permission to have the body of Ulysses S. Grant buried in the city, in the ostentatious mausoleum that would be known as Grant’s Tomb.

According to the Catholic Encyclopedia, Grace went to Mass every morning before heading to City Hall. Grace’s latter days were devoted to philanthopical gestures, including the Grace Institute, which educated immigrant women, in 1897. He died in 1904.

However, his company W.R. Grace and Company would grow, from its salad days in bat guano, to become one of the world’s biggest chemical conglomerates. Their New York corporate headquarters was built in 1971 on the north side of Bryant Park and is generally known for its white sloping facade. At present it is the 61st tallest building in New York City. 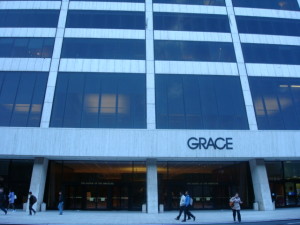