We turn the clock back to the very beginnings of New York history — to the European discovery of Manahatta and the voyages of Henry Hudson.

Originally looking for a passage to Asia, Hudson fell upon New York harbor and the Lenape inhabitants of lands that would later make up New York City. The river that was eventually named after Hudson may not have provided access to Asia, but it did offer something else (hint: PETA won’t be happy) that attracted the Dutch and eventually their very first settlement — New Amsterdam.

The island of Mannahatta in the days before the Dutch (courtesy the Mannahatta Project). Hudson would have anchored off the tip on the western side, his eyes on the river that stretched north. 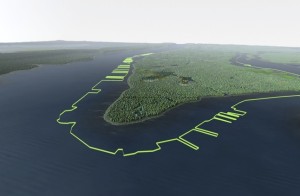 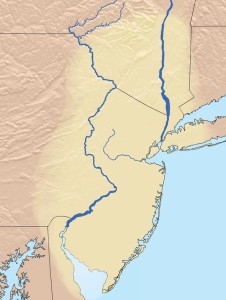 The first guy to arrive, Giovanni da Verrazano (or Verrazzano, depending on where you look), was greeted by the Lenape at the mouth of New York harbor. He touched down on today’s Staten Island but never ventured further into the harbor. 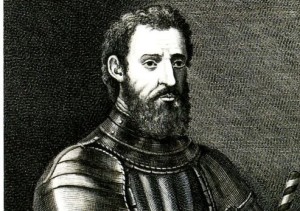 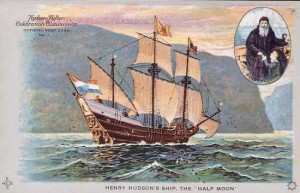 Henry Hudson, an Englishman who tried twice for his country to find a northern route to Asia before being enlisted by the Dutch East India Company. He never found a passage for them either, but he did find the river that today bares his name. 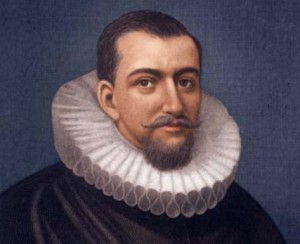 Hudson’s voyage up the Muhheakantuck (the Lenape name for the Hudson River) brought him into contact with several tribes, with encounters growing increasingly unfriendly. By the time he sailed back down the river to Mannahatta, they were flat out attacked by natives in canoes. 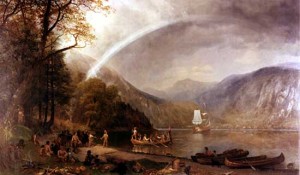 On his last voyage, Hudson’s crew mutinied, throwing the captain, his son and a few remaining loyal crewmen into a boat and setting it adrift in the Arctic. 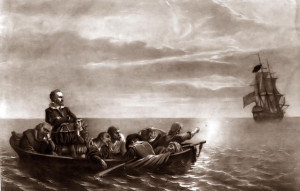 With no alternate route to Asia, the map below illustrates the trade routes the Dutch East India Company had to eventually travel to build their empire. (map courtesy Hofstra) 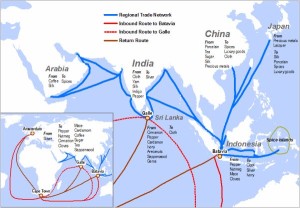 There are lots of events planned to celebrate the 400th anniversary of Hudson’s discovery. NY400: Holland on the Hudson celebrates New York’s Dutch heritage. Hudson 400 focuses on the explorer himself, with a timeline of events. Meanwhile Explore NY 400 lists statewide celebration.

I wrote about some of the more curious events of the Hudson-Fulton Celebration in a prior blog posting.

And for your immediate gratification, check out Amsterdam/New Amsterdam, the well reviewed show at the Museum of the City of New York

Apparently, the replica of the Half Moon was in Poughkeepsie just yesterday!

1 reply on “Henry Hudson and the European Discovery of Mannahatta”

I am from the Capital District and Henry hudson is deeply entrenched in our local history.