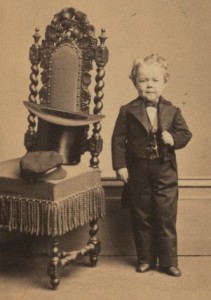 The attentions of most New Yorkers 150 years ago today were understandably occupied by the events of the Civil War. The general mood in April 1862 had turned cynical and grim. It had been one year since the first battle at Fort Sumter. The bloodiest skirmish yet, the Battle of Shiloh in northwestern Tennessee, left thousands dead on the battlefield just two weeks before, and attention now turned to the standoff at Fort Pulaski.

And yet the city in April 1862 was overflowing with distraction. The jewellers Ball Black & Co. displayed a framed personal letter from Queen Victoria, thanking New Yorkers for their well wishers following the death of her husband a few months earlier. Across the street, at Niblo’s Garden, theatergoers could delight in ‘The Enchantress’, featuring actor William Wheatley, who would later stage the world’s first Broadway musical, ‘The Black Crook’, on that very stage. Merry gentleman and naughty ladies drank up in lower Manhattan’s various concert saloons, bracing for the effects of a new law passed that month that would effectively close down such bawdy amusements. (Luckily, the law had little effect.)

But New York’s merry king of showbiz in 1862 was P.T. Barnum, his American Museum still New York’s most popular attraction. That April, Barnum featured a ‘living hippopotamus’ and two beluga whale in its basement, and among the museum’s many shows at Broadway and Ann Street was the feature ‘Hop O’ My Thumb, or The Ogre And The Dwarf’ starring Barnum’s biggest small star General Tom Thumb.

Thumb, however, was not Barnum’s only dwarf star in 1862. Earlier that year, Barnum unveiled a New Hampshire teenager afflicted with dwarfism and presented him with the stage name Commodore George Washington Nutt. Known as the ‘$30,000 Nutt’ due the amount of money he was supposedly paid (although later disproven), the young man was advertised as “the Smallest Man in Miniature in the known world” and “Most Attractive and Interesting human being ever known.” 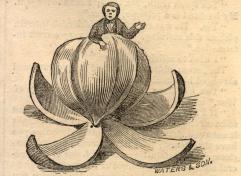 At right: Nutt in an illustration from Harpers Weekly, February 1862, ‘bursting out of his shell’

Although Nutt would perform at the museum, he was frequently used as an instrument to promote Barnum’s many endeavors. He would serve as Tom Thumb’s friendly rival for the hand of diminutive actress Lavinia Warren (whom Thumb later married at Grace Church in 1863) and tour throughout Europe with Barnum. But on April 17, 1862, Nutt had a local duty to perform — at the headquarters of the New York Police Department.

According to the Daily Tribune, Nutt met with local police commissioners in an effort to get an officer specifically assigned to Barnum’s museum. And just in case the idea would be met with indifference, Nutt himself applied to become a New York police officer, although his height of three feet might have precluded him from such an occupation.

A uniform was immediately ordered for the young star, and by telegraph to the Ninth Precinct, he claimed he would hold ‘extraordinary powers to arrest’ troublemakers at the Museum. It appears, however, that Nutt held few responsibilities for the police force.

During his tour of the police facilities, including the famed Rogue’s Gallery, the charming performer even got in a rather dirty joke. According to the article, “Some one said that on the stage the Commodore had been seen to kiss a girl on the mouth. ‘Well, that was the right place, wasn’t it?’ was the reply.”