PODCAST One of America’s oldest cultural institutions, the Brooklyn Academy of Music (or BAM) has an unusual history that spans over 150 years and two separate locations. We trace the story from the earliest roots of a Manhattan-Brooklyn rivalry and a discussion of high-class tastes to the greatest stars of the performing arts, including a couple tragic tales and a bizarre event involving the mother of modern dance.

ALSO: We uncover what may be the very first foreign films ever shown at the Brooklyn Academy of Music, many decades before the opening of their movie theaters.

The first Brooklyn Academy of Music, on Montague Street, nearby Brooklyn City Hall. Among the decades of great events here were Brooklyn’s Sanitary Fair, a speech by Booker T. Washington, an amusing lecture by Mark Twain and the final stage performance of Shakespearean actor Edwin Booth. (source) 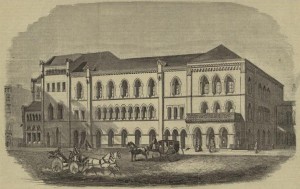 The building was destroyed by fire in 1903, and not everybody was sad to see it go. Here’s actual film footage of the flames atop the old Brooklyn building:

Compare this to New York’s own Academy of Music, at 14th Street and Irving Place. Although this venue brought the American debuts of many famous operas (including Carmen), festivities deteriorated once the Manhattan wealth moved up to the Metropolitan Opera House. This building was demolished in 1926. [source] 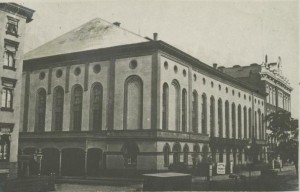 Edwin Booth, in his signature role as Hamlet, 1870. If some at the original Brooklyn Academy of Music had had their way, Booth would never have performed there! [LOC] 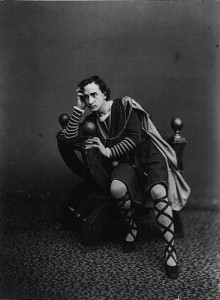 Isadora Duncan, who brought modern dance to BAM, and it never left. (source) 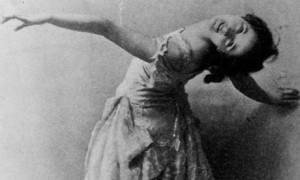 BAM in 1978: After a few decades of hardship, the venue, at its new home on Lafayette Avenue, rebounded in the 1960s, serving the artistic passions of the neighborhood and fostering a provocative relationship with the biggest names in avant garde performance. (Pic by Dinanda Nooney, NYPL) 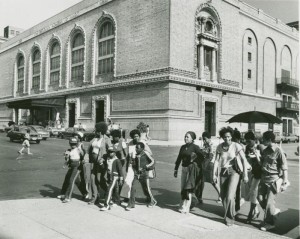 The fascinating directions that BAM executive direction Harvey Lichtenstein took the venue opened its stage up to new and exciting performances. And, often, a raucous good time as well, as with this 1989 rain forest benefit, featuring Madonna and Sandra Bernhard. (Photo by Albert Ferreira, LIFE) 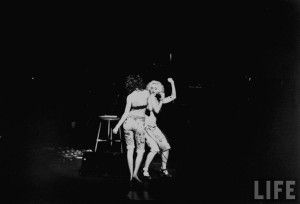 MORE PICTURES ON THE WAY LATER THIS WEEKEND

For more information on their schedule, visit the BAM website. They also have a great history blog BAM 150 Years where we obtained some of our information.