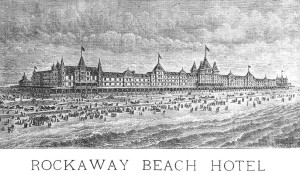 Behold the insanity: (Above) A lithograph of the Rockaway Beach Hotel, one of the most notorious failures in American history

A Song About Brooklyn: I gave you a little taste of a poem about the Rockaways by balladeer Henry John Sharpe. Yes, that’s right, this is actually a song, with music by Henry Russell. Click here to listen to the entire melody.

Rockaway, or, On Long Island’s Sea-Girt Shore. A Ballad 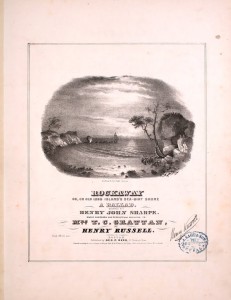 Many an hour I â€™ve whiled away,
In listening to the breakersâ€™ roar
That wash the beach at Rockaway.
Transfixed I â€™ve stood while Natureâ€™s lyre
In one harmonious concert broke,
And catching its Promethean fire,
My inmost soul to rapture woke.


To hear the startling night-winds sigh,
As dreamy twilight lulls to sleep;
While the pale moon reflects from high
Her image in the mighty deep;
Majestic scene where Nature dwells,
Profound in everlasting love,
While her unmeasured music swells,
The vaulted firmament above.

CORRECTION: We implied that Robert Moses had something to do with the naming of Jacob Riis Park, when in fact it appears to have already had this name applied to it by the time Moses came along to revitalize it in the early 1930s. It was much smaller, of course, and in the 1920s, the Naval Air Station actually wanted to take it over to expand their airfields.

The New York Times thundered in 1922: “By this time the Navy Department must be aware that the people of New York are opposed to the cession to the United States Government of a large part of the Jacob Riis Park at Rockaway Point for a permanent aviation base.” As it turned out, a decade later, it would be the station that closed, and Jacob Riis Park became a mini-Jones Beach.


FURTHER READING: I do think we rather glossed over the later, sadder years of Rockaways history, simply because the causes of the area’s many unusual changes starting in the 1950s are still being debated.

For more information, I must turn your attention to an amazing, if very sobering, book on the subject of the Rockaway’s recent history — Between Ocean And City: The Transformation of Rockaway, New York by Lawrence Kaplan and Carol P. Kaplan. It’s a hearty, in-depth grasp of the social changes of the area and give a nuanced analysis of Robert Moses’ role in the peninsula’s transformation from daytripping destination to a place of inadequate permanent residency for some New Yorkers.

For a stodgy but earnest throwback, you can download a copy of the 1918 book History of the Rockaways from the year 1685 to 1917 by Alfred Henry Bellot. Sandwiched between the lists of names and descriptions of churches that are no longer there are lots of lovely little anecdotes.

But the best way to explore the history of the Rockaways is to simply roam around the boardwalk. Hints of its glory days — and reminders of its less storied era — can be found scattered all along the way. You’ll see new beach housing that feels like a ghost town, sad 1970s style housing projects, Robert Moses-era storm shelters, surfers, convalescent homes, beach shacks, oddly placed municipal structures, quiet bird sanctuaries, trendy restaurants and rundown pizza joints. 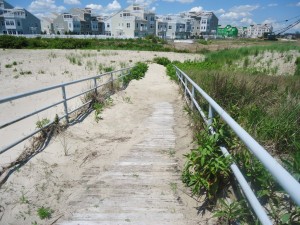