Above: The Church of the Holy Communion — and once the quite infamous nightclub Limelight — as the less lauded follow-up, called Avalon.  Within a couple years, the club would be transformed again — into a high-end retail experience.  Below: Michael Alig, one of its more notorious nightly residents. (source)

PODCAST If you had told 1840s religious leader William Augustus Muhlenberg that his innovative new Church of the Holy Communion, designed by renown architect Richard Upjohn, would become the glittering seat of drugs and debauchery 150 years later, he might have burned it down then and there.

But thankfully, this lovely building is still with us, proving to be one of the most flexible examples of building use in New York City history.

This unusual tale begins with the captivating relationship between Muhlenberg (the grandson of America’s first Speaker of the House) and Anne Ayres, the First Sister in charge of the Sisterhood of the Holy Communion. The two of them helped create one of New York’s great hospital centers. But was something else going on between them?

The Church of the Holy Communion survives the elevated railroad and the fashionable stores of Ladies Mile, and weathers the various fortunes of the neighborhood.  When it is finally sold and deconsecrated, it briefly houses an intellectual collective and a drug rehabilitation center before being bought by Canadian club impresario Peter Gatien, who turns it into the Limelight, an iconic and sacrilegious symbol of New York nightlife.  And in recent years, the old church has morphed into a rather unique retail experience — shopping mall and department store!

The Church of the Holy Communion in 1846, from an illustration by TD Booth.  The asymmetrical shape of the church was innovative for the time, as was the irregular position of the brownstone bricks along its walls. It had every indication of being a medieval country church, but for the fact of it being on a street corner at Sixth Avenue and 20th Street! (NYPL) 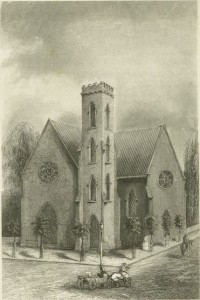 William Augustus Muhlenberg, grandson of Frederick Muhlenberg (America’s first Speaker of the House), was a visionary religious leader.  He opened Church of the Holy Communion as a way to further his progressive religious views.  Pictured below in a carte de visite, probably in the 1860s. (Courtesy NYPL) 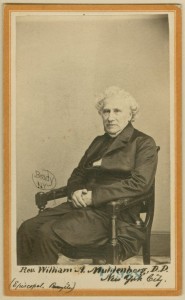 Muhlenberg’s reputation was greatly bolstered by Anne Ayres, who became the leading sister as the Reverend’s  Sisterhood of the Holy Communion, the first Anglican convent of its kind in America.  Ayres helped Muhlenberg with most of the church’s major projects and penned an ecstatic biography after his death.  You can read Ayres’ biography of Muhlenberg here. 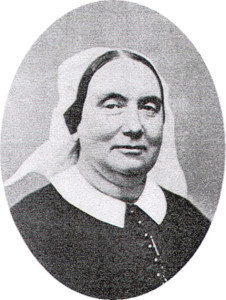 Muhlenberg and Ayres founded a small infirmary near the church, then later expanded it at Fifth Avenue and 54th Street, becoming the first location of St. Luke’s Hospital.  As you can tell from the original hospital building, it seems to reflect a bit of the architecture of the Church of the Holy Communion. (Pic courtesy NYPL) 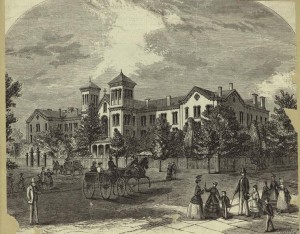 A view from 1895, possibly of a Sunday crowd leaving the church. Vendors like this pretzel seller gathered on the street below, selling treats to shoppers of Ladies Mile.  The church would have been in the heart of New York’s major shopping district during the Gilded Age, with grand department stores stretching on either  side of the street. (Courtesy the Museum of the City of New York) 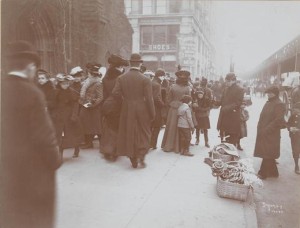 The Church of the Holy Communion, enveloped in thick ivy, as it looked in September 1907.  It also appears this photo was taken in the early afternoon, as the shadow of the elevated railroad begins to creep across the street. (Courtesy Museum of the City of New York) 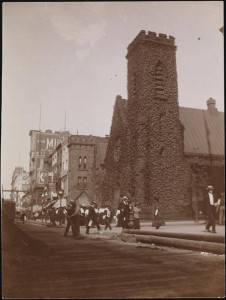 Peter Gatien, pictured here in a 1993 issue of New York Magazine. The Canadian club owner bought the old church and transformed it into a nightclub in 1983. 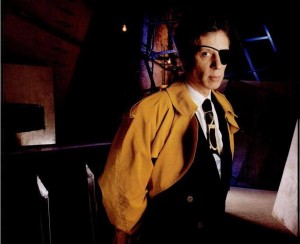 The Limelight was a celebrity hotspot from the very opening in 1983.  When William Burroughs had his 70th birthday at the club in 1984, the young new superstar Madonna came by to wish him well. (Photo by Wolfgang Wesener, courtesy here) 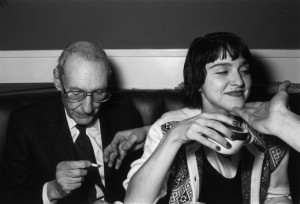 But why conjure real celebrities when you could make some yourself!  By the early 1990s, the club kid set the tone for the Limelight, further turning the old church of Muhlenberg into a surreal playground of music and drugs. 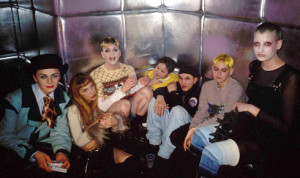 6 replies on “The many lives of the Limelight, aka the facade formerly known as the Church of the Holy Communion”

I went to the Limelight once, I think, in the early 90s. I held on to my Diet Coke and made sure no one got a hold of my drink. I later joined the Parish of Calvary, St. George’s and Holy Communion (aka Calvary- St. George’s Church). Good job, Boys.

The Limelight really was an odd place to party. I went there once for an event and could almost feel the hell fires licking at me LOL. Still, if it meant saving such a beautiful building long enough for the neighborhood fortunes to turn around, then I’m glad it happened.

Love this post… My company actually threw a party at Limelight in 1998 – I was in there before hours setting it up and it was seriously creepy… I also seem to remember that the doors to the bathroom stalls were see-through from the inside. Anyone else recall that being the case? There was definitely a dark atmosphere in there.

I have William Augustus Muhlenbergs family bible, with his name in it. I have also read his biography written by Ann Aiars, including material written by him. Did you know that this man is an actual Episcopalian saint found on the Episcopalian calender of April 8?

Did you also know that his great grandfather was the US first speaker of the House of Representatives, and one of the US Constitutions framers, not to mention the first signer of the Bill of Rights?

Hid great grandad also was the founder of Lutheranism in the United States and he to is a Saint on both the Episcopalian Calender and the Lutheran Calender.

What a shame for this church to be used as a den of sin!!! I guess that is just another sign of the moral state of this nation.

Although I did see the “den of iniquity” scenes to which some of you refer many times over throughout the early to late mid nineties.. ..and can understand such a situation would be offensive to people with those sensibilities even if it were in a warehouse! ….But the fact that it was in such a beautiful building originally built as a house of worship. ….sacrilege? ….I think it lent to both the positive & negative vibe in there!

Anyway for those of you that only heard the negative (and there was alot of it)…I thought I’d share my shear joy at the memories of times with people I met there. … or anonymous encounters with people I would only see that once! ! There was easily more creativity in there than Parsons &FIT could turn out in the same time frame! (and some other venues during the rise of the rave scene& it’s fusion with NYC nightlife….
There are artists and business owners &pop stars just creating there look now that would never have had the inspiration to do what they’ve done without the larger group of young open minded creatively inspired people that stretched from Andy Warhols Factory days through studio 54, to club usa then to Roxy, Limelight, & the Bank, Don Hills…. even Save the Robots. For many of us, the diverse array of people helped form our identities
For others. … who knows? Had they not networked amongst or in some cases endedupbecoming the CKIDS … their current careers would look a lot more like lip syncing in theaters than modeling for adverts. ….or designing for fashion week. …or pioneering digital music. ….by no means was the slime light as I liked to call it…. the be all &end all of that time &scene. …. but an integral part. … and one that had a flavor unlike any other a

Oh for the good old days..the Limelight had such amazing vibes..this church that held insane people on drugs, dancing to wiked good music and partying all night long. I am grateful to have been a part of NYC and all its decadence as well as wonderment!! It was really all good if you look at todays culture vs back then…the drugs were different, the attitudes different and sadly that wont come again. Having those memories and having experienced NY at its best from the 60s on..gave me a great ability to understand life and people..all the colors..shapes…sizes and minds we humans possess were available to embrace and grow with. Thank you NEW YORK the greatest city on the planet!!! XX