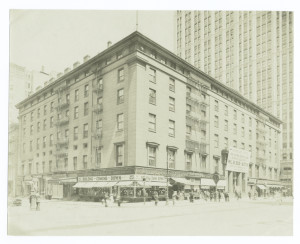 The Astor House was New York City’s first great hotel, opened in 1836 by John Jacob Astor himself, a premier accommodation for the city throughout the 19th century.  But by 1913, it was time to tear it down.

It was a symbolic moment for many older New Yorkers.  As you can tell from the image above, the ancient hotel had a new neighbor:  the Woolworth Building, a symbol of the ‘new’ New York City.  As dozens of more modern hotels opened uptown, the old Astor was greatly reduced, with whole sections partitioned for other uses.

For a little comparison, here’s how the building looked in the 1890s, already minimized in its appearance: 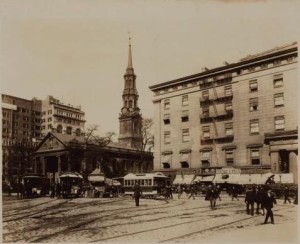 Hotels were now flocking to the Times Square area. In fact, so to did the Astor name, with the beautiful Hotel Astor opening there in 1904.

The hotel might have survived a little longer if not for new subway construction in the area, endangering the foundation of the old building.  On May 29, 1913, the hotel closed its doors, and over the next few weeks, the southern section of the Astor House was torn down.  But not without a bevy of reminiscences from old New Yorkers, and a little teeth-gnashing too of a colder, modern city overtaking the gentle comforts of the old.

And then, there’s this dramatic article from the New York Tribune, depicting a literal farewell between the Astor and its neighbor to the south, St. Paul’s Church: 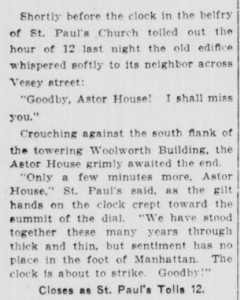 While this spelled doom for a certain memory of New York, those who liked firesales of sorts could take comfort in liquidation sales from famous shops which operated from the old Astor Hotel, such as the Hilton Company: 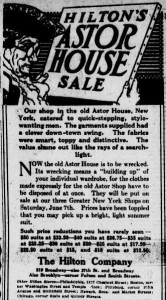 This is what the space looked like within a couple months.  By the way, that’s the old Post Office to the right of the picture, a structure that would last another quarter century before it too was demolished in 1939: 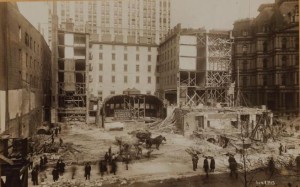 In 1915, it was replaced with the Astor House Building, a small suite of office spaces that remains on that street corner to this day.  It’s where the Staples store is 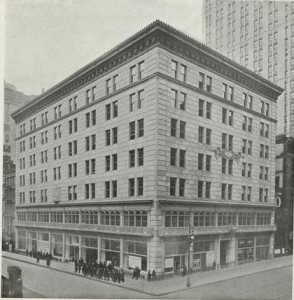 All pictures courtesy New York Public Library. By the way, have you check out their incredible new search function?