Linus the Lion-Hearted at the 1964 Macy’s Parade

The Macy’s Thanksgiving Day Parade of 1963 had been a downer of a parade.

President John F. Kennedy had just been assassinated a few days before but, deciding that cancelling the event would be “a disappointment to millions of children,” the parade went on as planned. Â Leading the parade that year was a 38-foot rubber Unisphere to promote the upcoming World’s Fair. Further back in the line was young television star Michael Landon.

Flash forward to the following year — the World’s Fair out at Flushing-Meadows had celebrated a rocky first year. Landon’s Bonanza was about to become the most popular show on television, a distinction it would hold throughout the mid-1960s. New York City was, generally speaking, in a cautiously more festive mood.

Not that the specter of the previous year’s tragedy was far from people’s minds. “Americans plan to savor the traditional cheer of Thanksgiving today in an atmosphere that contrasts with the numbing experience of last year,” said the New York Times. [source]

Below: Macy’s in 1964 (courtesyÂ The Paper Collector) 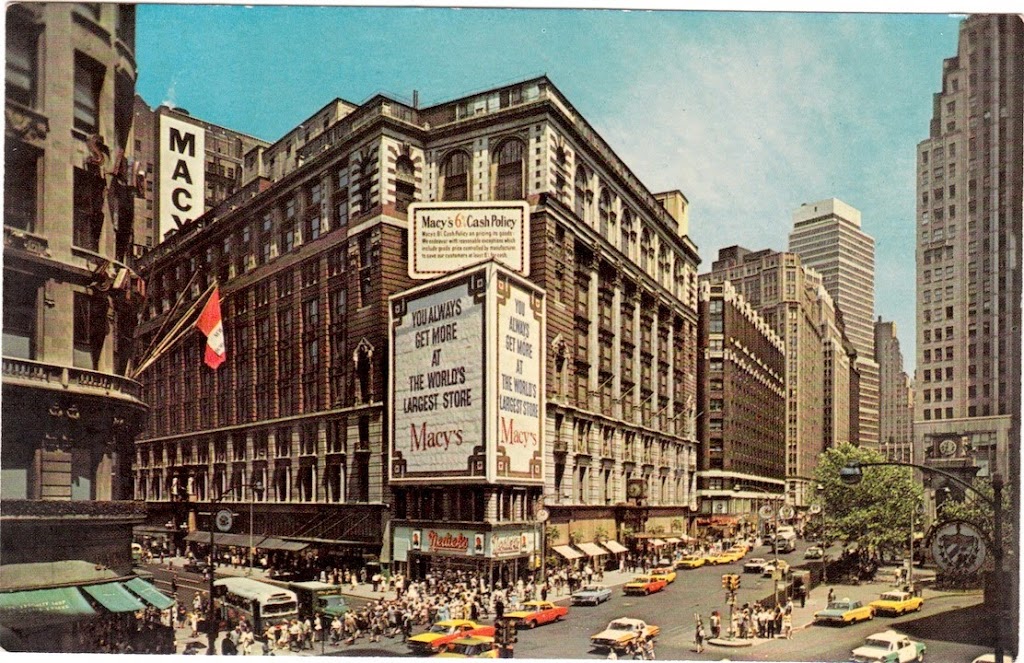 For their part, Macy’s was trying to whip New Yorkers back up into a holiday shopping frenzy. Among the hottest items advertised by the department store during Thanksgiving week were Hitachi record players, Consolette hair dryers and mink coats for $99.99.

The 1964 Thanksgiving Day parade (November 27) held a certain campier flair than normal, loaded with family-friendly cheerfulness slightly more heightened than normal, with a few assorted mishaps and lots of goofiness mixed in. Why? For the same reason the 1964 is among the most memorable in parade history — television: 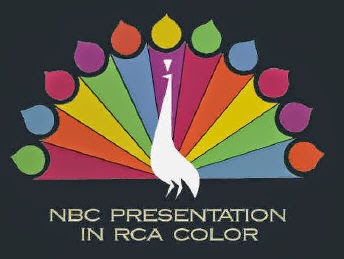 — First in Color: Â NBC has been broadcasting the parade since 1952. Â By 1964 coverage had expanded to 90 minutes — in 2014, it’s three hours — and now, for the first time ever, it would be broadcast in color. Several NBC shows had gone to a color broadcast previously, but Americans didn’t yet have affordable color sets at home. But by 1964 sets were finally being mass produced and sold as luxury items in department stores.

There were a little over one million color televisions in American homes with the potential to tune in to a color broadcast in 1964. Ten years later, that number would rise to almost 45 million.

— The Official Debut of Lip-Syncing: Â But some lamented the attention to the television audience. At one point, the parade was held up for eight minutes while waiting for a television signal. Â “Near Herald Square television took over the parade …. and some of the spontaneity went out of it.” Â [source] 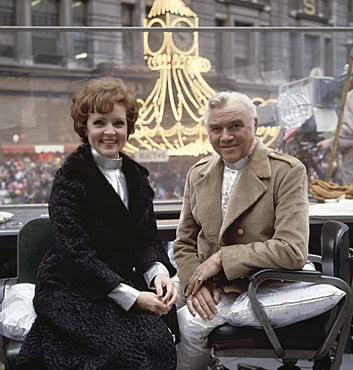 Performances were pantomimed while songs were pumped in for the television audience. The Times notes that cameras zoomed in on “performers who were only feigning a performance.” Today, of course, this is a regular feature of the parade and almost none of the performances (outside of the marching bands) feature live singing.

— Lorne and Betty: Â The hosts of NBC’s 1964 broadcast were Lorne Greene — Landon’s Bonanza co-star — and the effervescent Betty White, celebrated star of a 1950s show called Life With Elizabeth. Â Greene was perhaps one of NBC’s hottest actors at the time, while White was busy as a television spokeswoman. She was also a regular host of the Tournament of Roses parade. Â Almost every role you’ve ever loved Betty White in lay far in the future for her at this time. 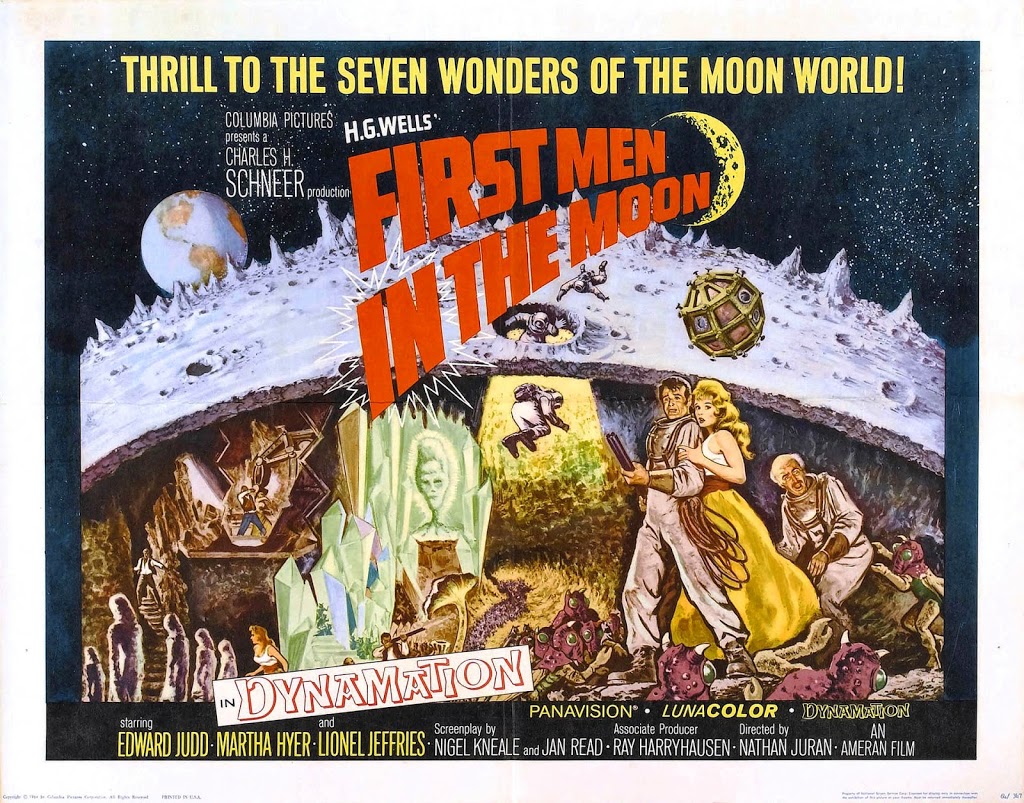 — First Men In the Moon: Being a special televised event meant more promotion of film and television properties. Â Among the most unusual was the space-themed float promoting the new film First Men In The Moon, a British sci-fi romp featuring special effects by Ray Harryhausen.

The float did its best to simulate Harryhausen’s unique creations — ‘Moon Cows’, gigantic bugs who poked their heads out of craters upon a floating moonscape. Lorne Greene is reported to have said, “Wow look at those big grasshoppers!” [source] 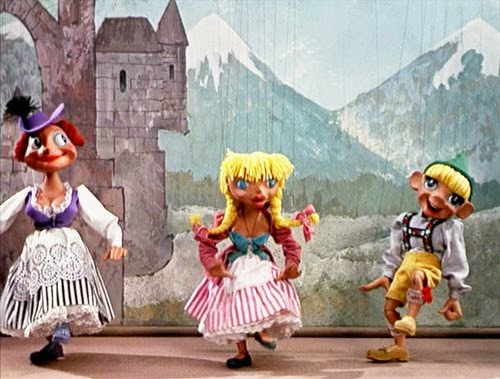 — The Sound of Puppets: Â A few stars of the upcoming film The Sound of Music would appear in the parade. No, not Julie Andrews, bur rather the colorful marionettes of Bil Baird, featured in the ‘goatherd’ scene of the film. Â I’m not sure how they were presented, and I assume most of the spectators were unable to see them perform. 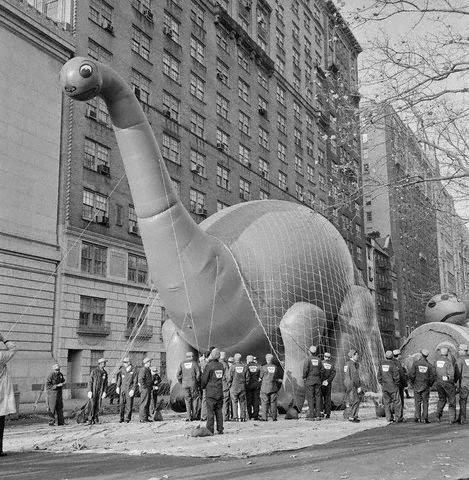 — The Fate of Dino the Dinosaur: Â A great danger threatened the 1964 parade — horrible winds. Fortunately no spectators were injured by the gusts, some up to 21 miles an hour.

The balloons did not emerge unscathed. Â Dino the Dinosaur (not to be confused with Dino, the dog from the Flintstones) would grow to become a favorite site in the 1960s and 70s. (He’s pictured at right, from the 1963 parade.)

But at the 1964 parade, a sudden gust blew the dinosaur into a lamppost at Columbus Circle, tearing a hole in its side. Â Its handlers along the avenue continued to pull the beast down the street, but by the time they got to Macy’s, the dinosaur was partially deflated and dragging the ground.

— Popeye The Limp Sailor: Dino wasn’t the only balloon with performance mishaps. The impressively sized Popeye balloon failed to properly inflate the night before; or as the papers note, “there was not enough spinach in the pumps, and Popeye wouldn’t expand at all.”

He was unceremoniously replaced in the parade by a dragon balloon that Macy’s just had lying around.

Donald Duck (pictured below from 1964) had fewer troubles that year. 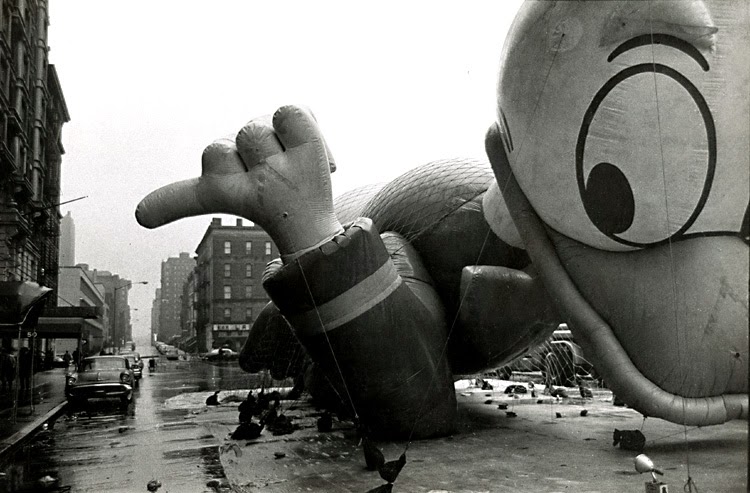 — Linus the Lion-Hearted: Pictured at top, this balloon with excellent posture debuted at the 1964 parade. It was based upon a Crispy Critters breakfast cereal spokesman who had his own television show which debuted just a couple months earlier. Â However, when the FCC determined in 1969 that advertising mascots could not also have children’s show, Linus was abruptly cancelled. He would still make frequent appearances in the parade until 1991. 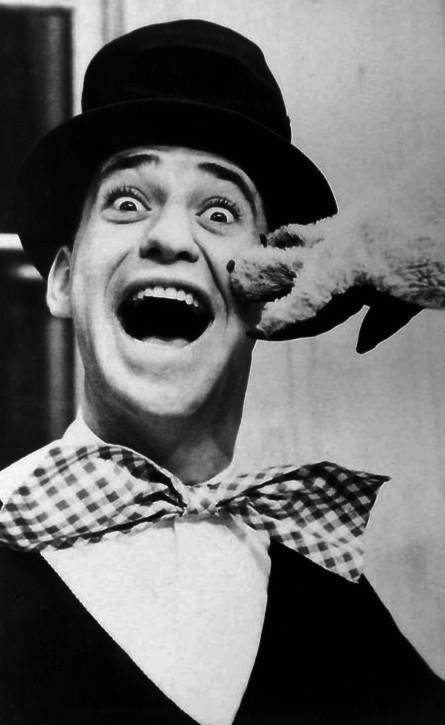 — TheÂ Soupiest Star: New to NBC, New York City and to the parade itself was children’s comedian Soupy Sales (pictured at left), whose daily show Lunch with Soupy was a local hit that year. He was probably one of the biggest hits in the parade, riding atop a rocking horse, as his trademark beaming grin was as noticeable as the floats themselves.

— The Drunk Munster: And then there was Fred Gwynne and Al Lewis, the stars of NBC’s monster comedy The Munsters.

From a prior article — because this incident has fascinated me for years — “[The] stars of The Munsters, appeared in the 1964 parade in their ghoulish costumes, riding along in their ‘Munster Koach’ car. Neither star was very amused. Gwynne was high on ‘nerve medicine‘ and began cursing at the crowd.”

According to their makeup man (pictured below, in the front seat): “I was in the Koach handling the loudspeaker and radio system that was playing the Munsters song. Â Fred had brought along a bottle with him, wrapped in a paper bag, and he got fractured [drunk]. And Al was mad at him. Fred was cussin’ at people. I just kept the music up so nobody could hear him.” [source]

Passing the hosts Greene and White in the media box, Herman Munster fired off a rude expletive in their direction as well 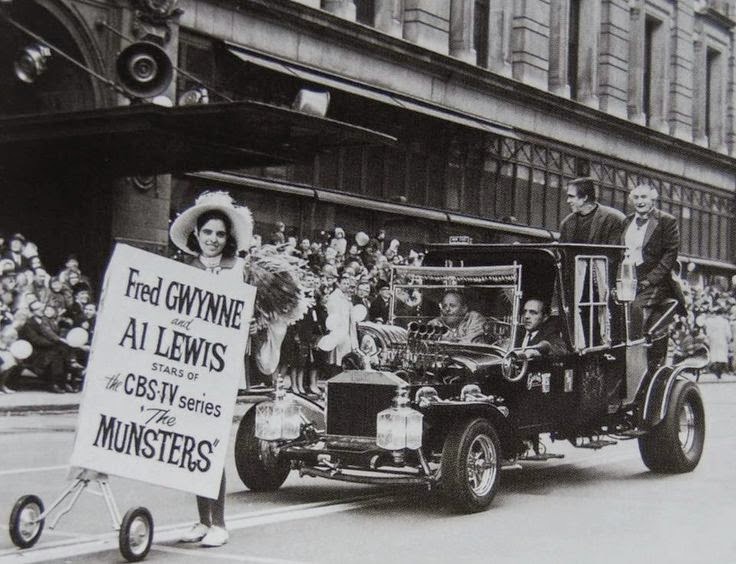 Here are some video highlights from the parade, with the Munsters stars prominently featured:

In the mid-1960s I was living in Arizona for a year, and went to the New Year’s Day Parade in Phoenix. The parade marshal was Forrest Tucker, then starring on “F Troop”. I was only 9, but even I could tell, as he went by on his horse, that he was totally snockered; he looked bleary, and was swaying in the saddle. My mother said, “He’s drunk!”, confirming my suspicions. Those were the days.

I wish to the heavens that saleable videos existed for these parades. They were paramount in my childhood memories of the yuletide season. Any help out there in the ether?