NEW PODCAST Â In our last show, we left the space that would become Bryant Park as a disaster area; its formerÂ inhabitant, the old Crystal Palace, had tragically burned to the ground in 1858.Â Â The areaÂ was called Reservoir Square for its proximity to the imposing Egyptian-like structure to its east, but it wouldn’t keep that name for long.

William Cullen Bryant was a key proponent to the creation of Central Park, but it would here that the poet and editor would receive a belated honor in the 1884. WithÂ the glorious addition of the New York Public Library in 1911, the parkÂ received some substantial upgrades, including its well-known fountain. Over twenty years later, it took on another curious present — a replica of Federal Hall as a tribute to George Washington.

By the 1970s Bryant Park was well knownÂ as a destination for drug dealers and most people shied away from its shady paths, even during the day. Â It would take a unique plan to bring the park back to life and a little help from Hollywood and the fashion world to turn it into New York’s most elegant park.

Or listen to it straight from here:
The Bowery Boys #179: TheÂ Fight For Bryant Park

Starting with this episode, we are doubling our number of episodes per month. Now you’ll hear a new Bowery Boys podcast every two weeks. Â We’re also looking to improve the show in other ways and expand in other ways as well — throughÂ publishing, social media, live events and other forms of media. Â And we need your help to make these expansion plans happen. 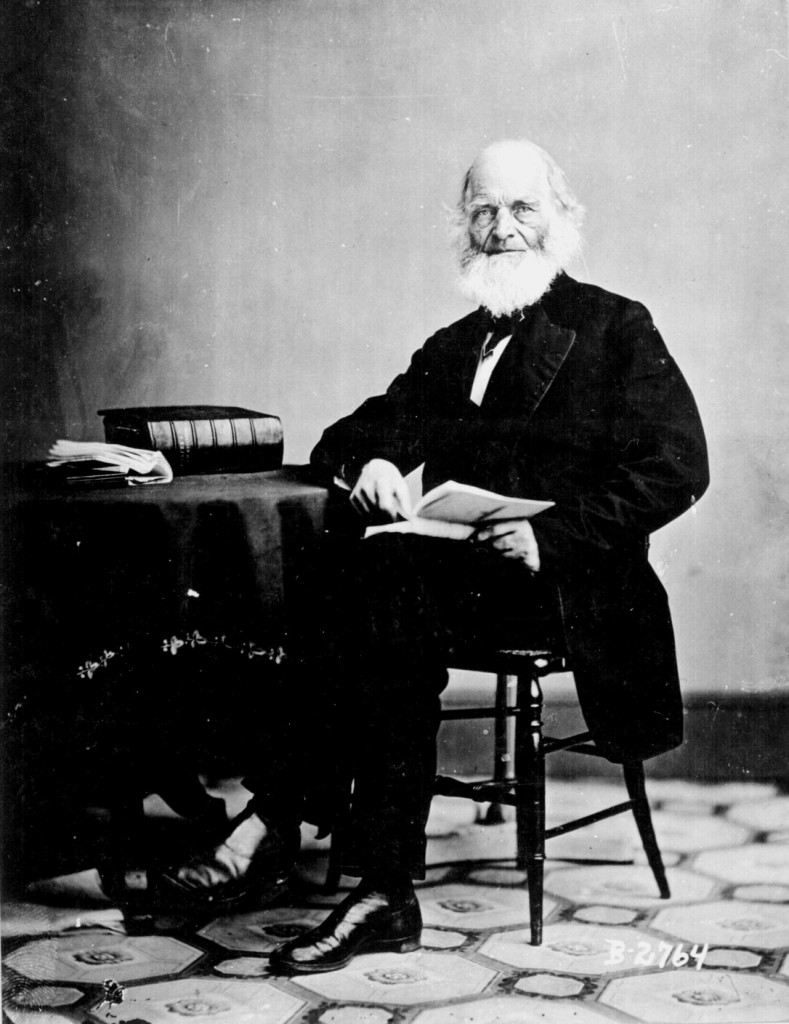 William Cullen Bryant in bust form, but Launt Thompson. Â It seemsÂ this bust has made its way back to the Metropolitan Museum of Art! 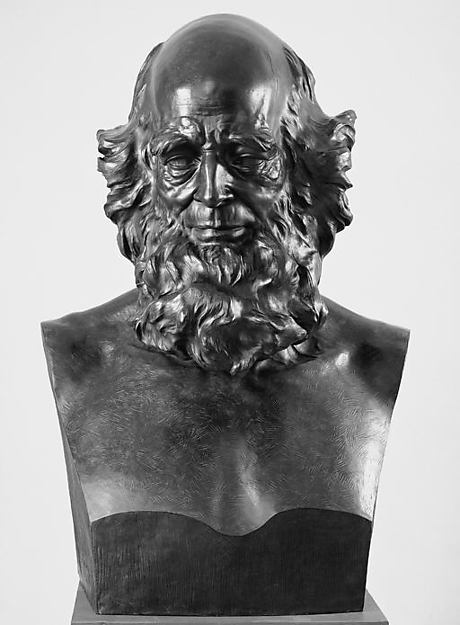 William Cullen Bryant installed in his marble niche behind the New York Public Library. Â This picture was taken in 1910, well before the radical redesign of the park in the 1930s. (Museum of the City of New York). 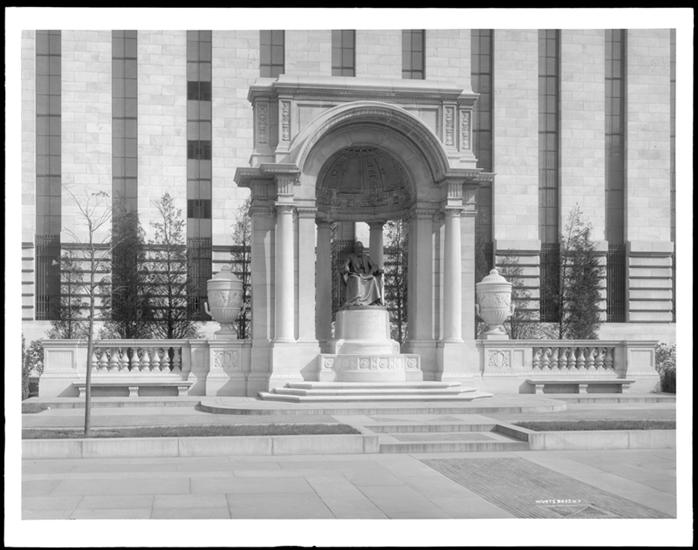 During World War I, the YMCA had a special ‘Eagle Hut’ built in the park for traveling servicemen. (Library of Congress) 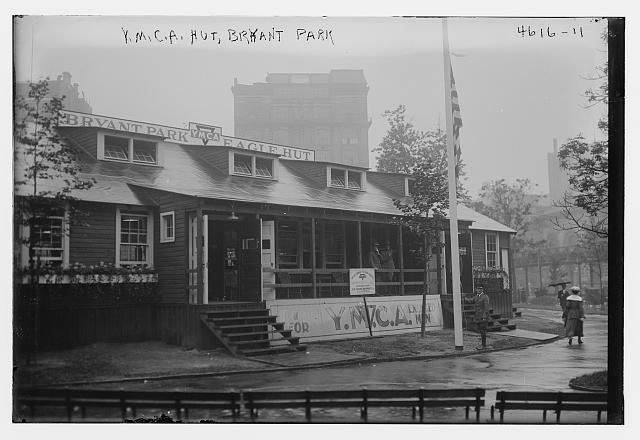 A colorful depiction of the Bryant Park ‘demonstration gardens’ that were planted during the war.Â (Library of Congress) 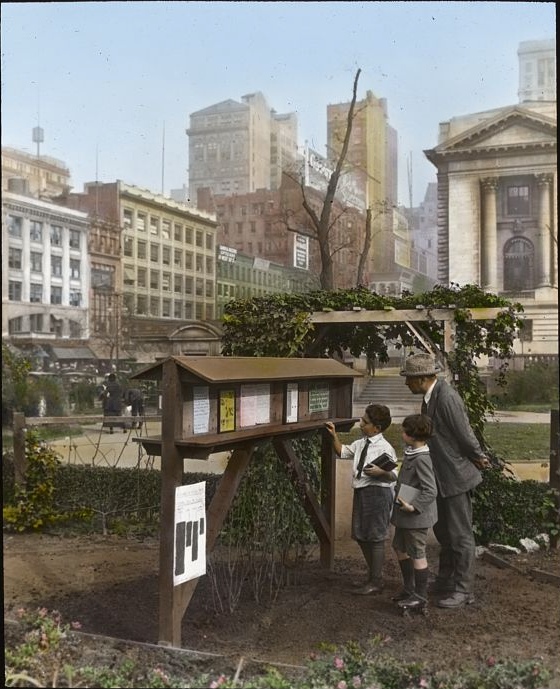 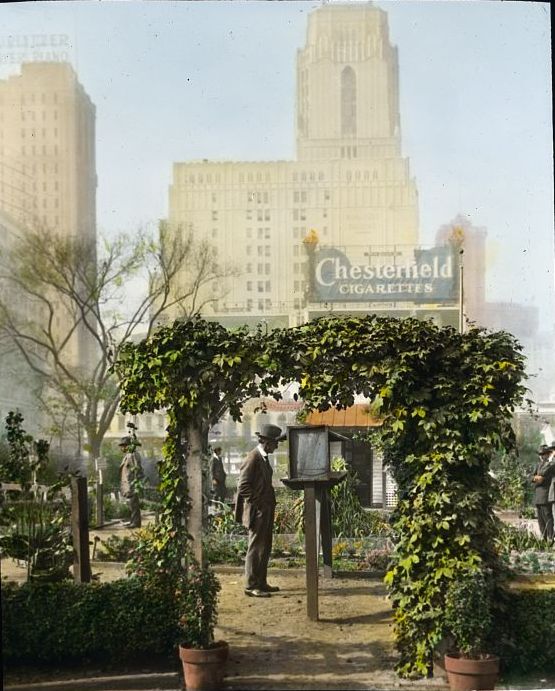 Bryant Park in 1920. Looking west on 42nd Street at 6th Avenue (you can see the elevated railroad!) In the distance is One Times Square. Note the reappearance of the Chesterfield Cigarettes billboard from the picture above. (Museum of the City of New York) 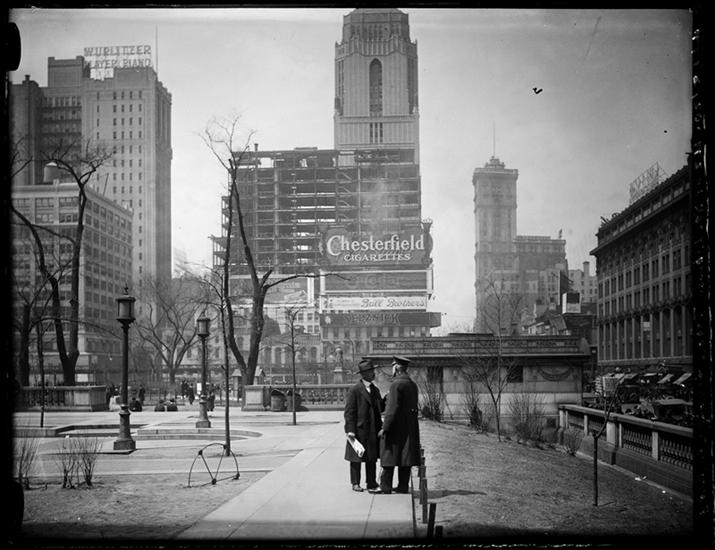 Constructing a replica of Federal Hall in a barren Bryant Park. (Picture taken by the Wurts Brothers, Museum of the City of New York) 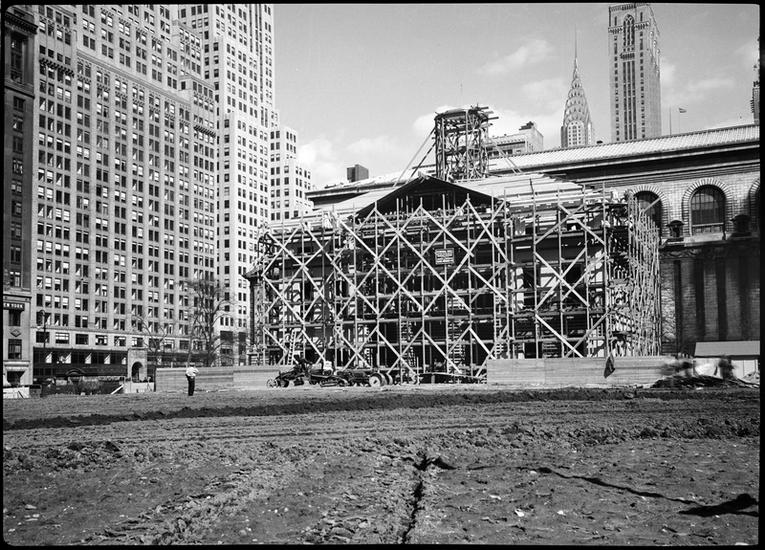 The Federal Hall reconstruction had a corporate sponsor — Sears Roebuck & Co. Â Here’s how it looked in better days. Â Believe it or not, the reproduction of Mount Vernon actually did get built in New York — in Prospect Park in Brooklyn! Â (Bryant Park Corporation) 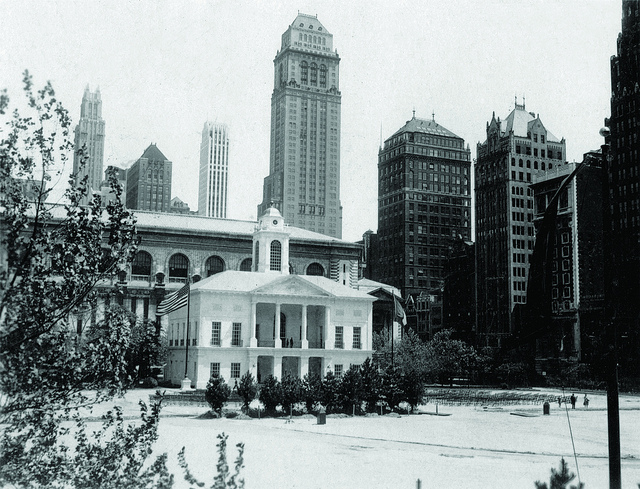 Bryant Park’s Federal Hall, May 1932. (Museum of the City of New York) 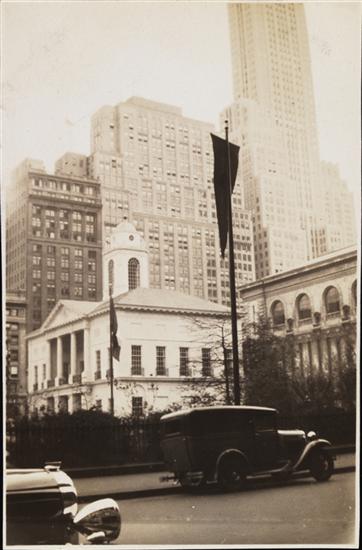 The interior of Bryant Park’s Federal Hall. (Museum of the City of New York) 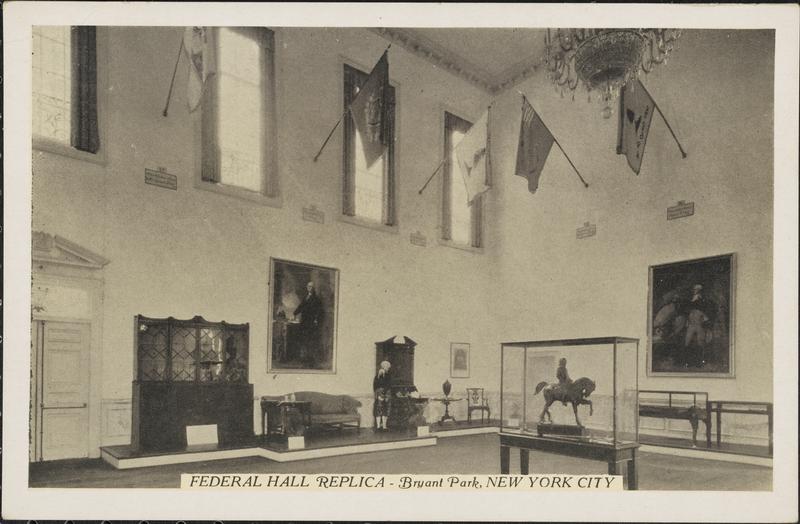 The reconstruction of Bryant Park in 1934, overseen by new Parks Commissioner Robert Moses 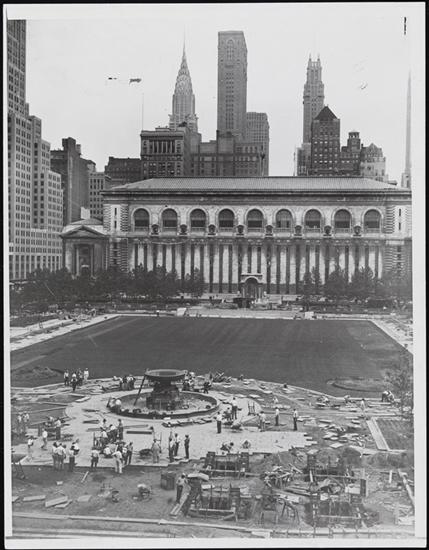 This photo was taken by Stanley Kubrick during his years as a photographer for Look Magazine. The caption reads “Park Bench Nuisance [Woman reading a newspaper, while a man reads over her shoulder.]” Courtesy Museum of the City of New York 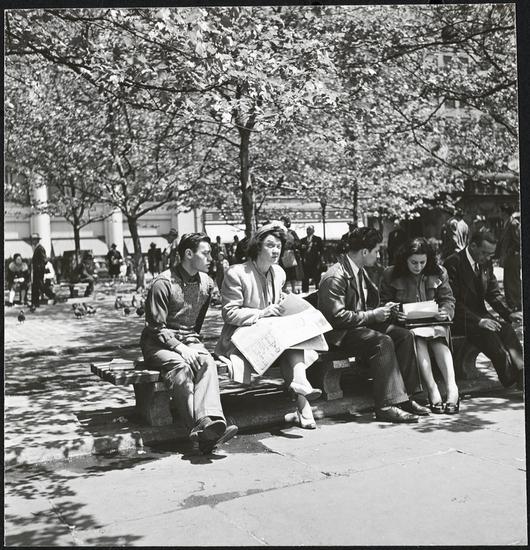 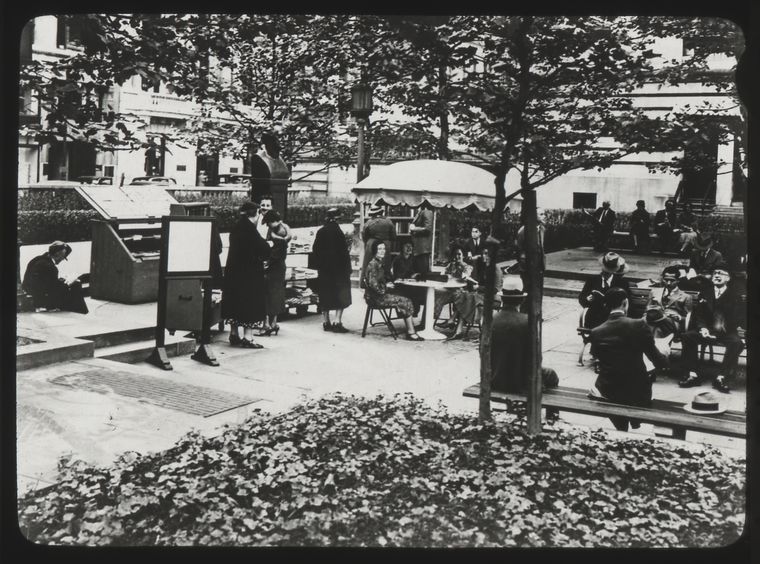 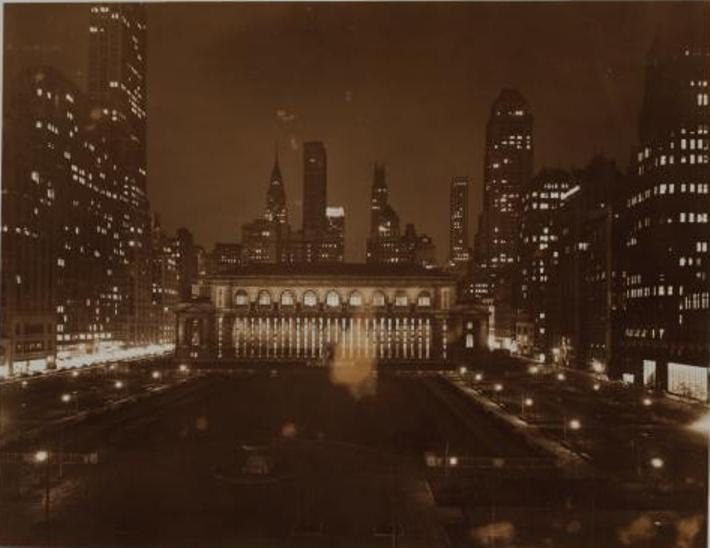 The hedges of the central lawn, photo taken in 1957. Â These were removed in the desperate effort to clean up the park in the late 1980s. (Library of Congress) 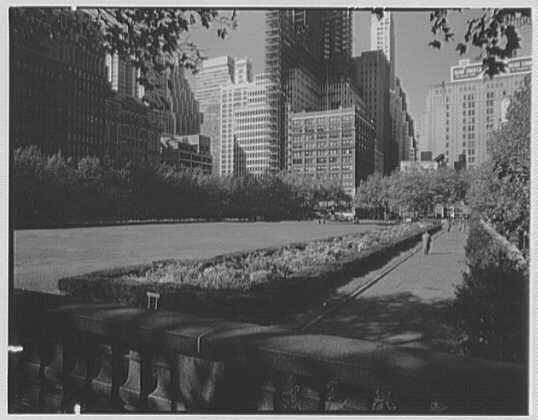 Bryant Park in the 1980s. Â High walls allowed for suspicious behaviorÂ to occur in the at all hours of the day. (Bryant Park Conservancy) 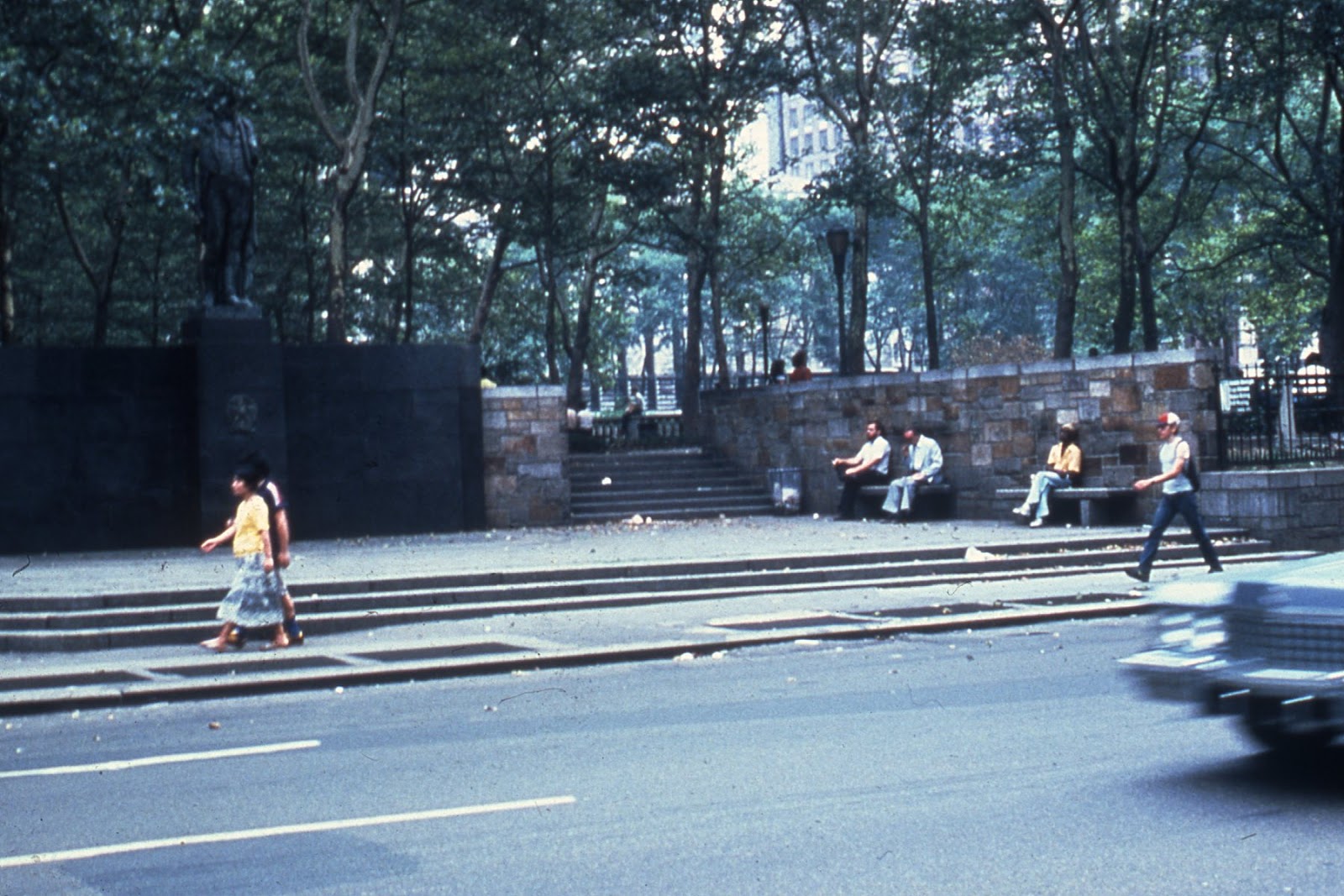 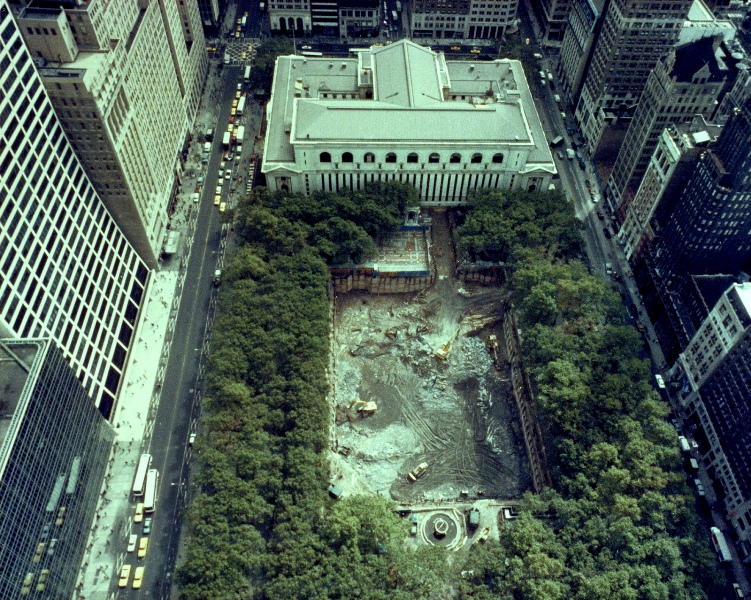 Bryant Park after the clean-up, taken sometime in the 1990s. Photo by Carol Highsmith (Library of Congress) 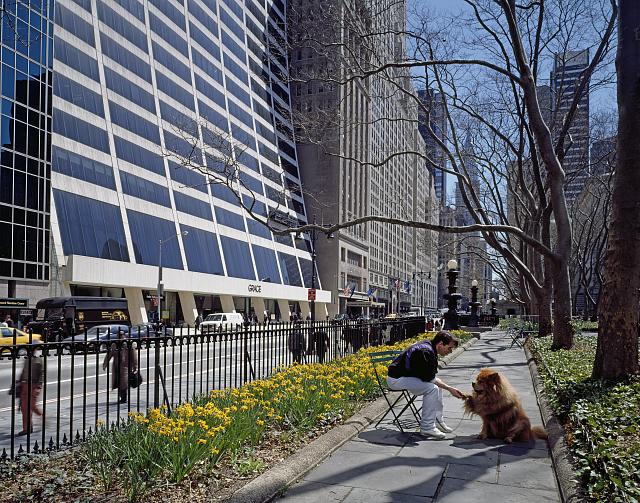 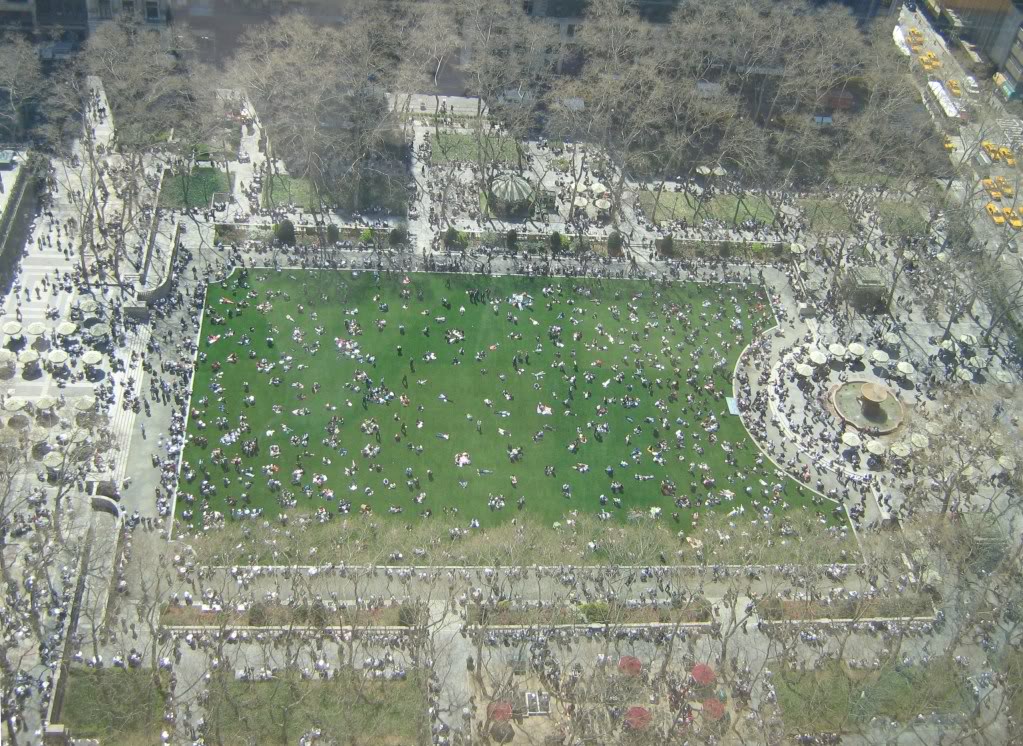 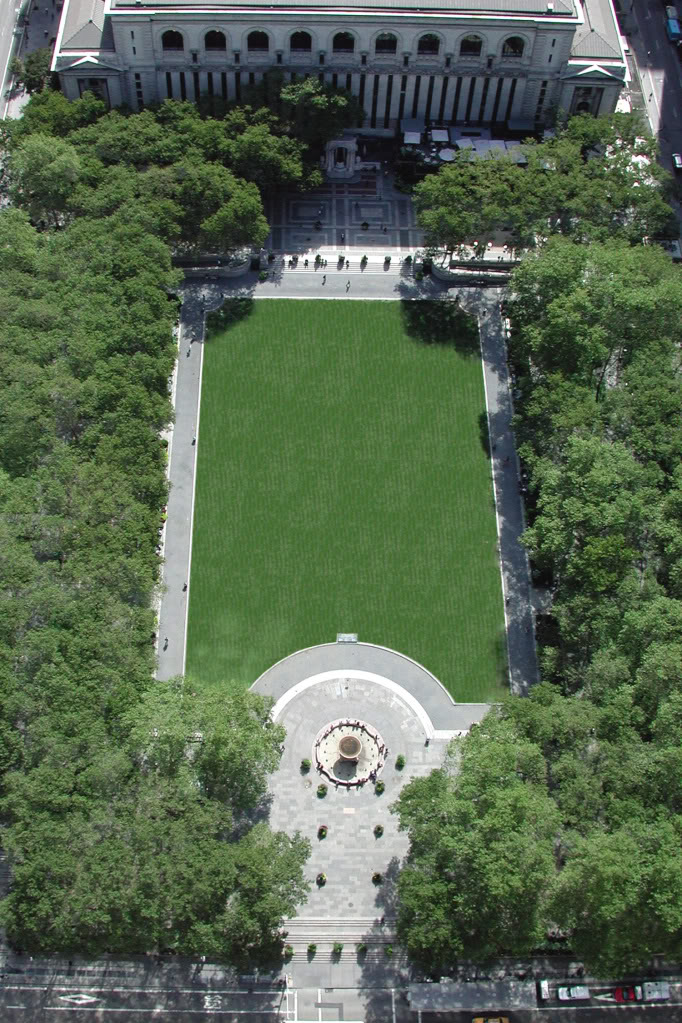 1 reply on “Bryant Park: The Fall and Rise of Midtown’s Most Elegant Public Space”

wonderful thank your for information!