The New York Mets, 2015 National League Champions and New York’s perpetual baseball underdogs, are only 53 years, formedÂ in 1962 to fill the void after the departure of the Brooklyn Dodgers and the New Â York Giants* to California. But in name, at least, they’re older than even the Yankees.

The first New York ball club to call themselves the Mets — or really, the Metropolitans, if we’re being fancy — made their first appearance 130 years ago. Â They burned bright for many years, inaugurated New York’s first great sports venue, then faded away.

To be metropolitan in 1880 did not merely suggest a team representative of a city and its surrounding area. Â It was code for the finest — from the Metropolitan Opera (which formed the same year) to the Metropolitan Museum (whose Central Park building also opened that year). 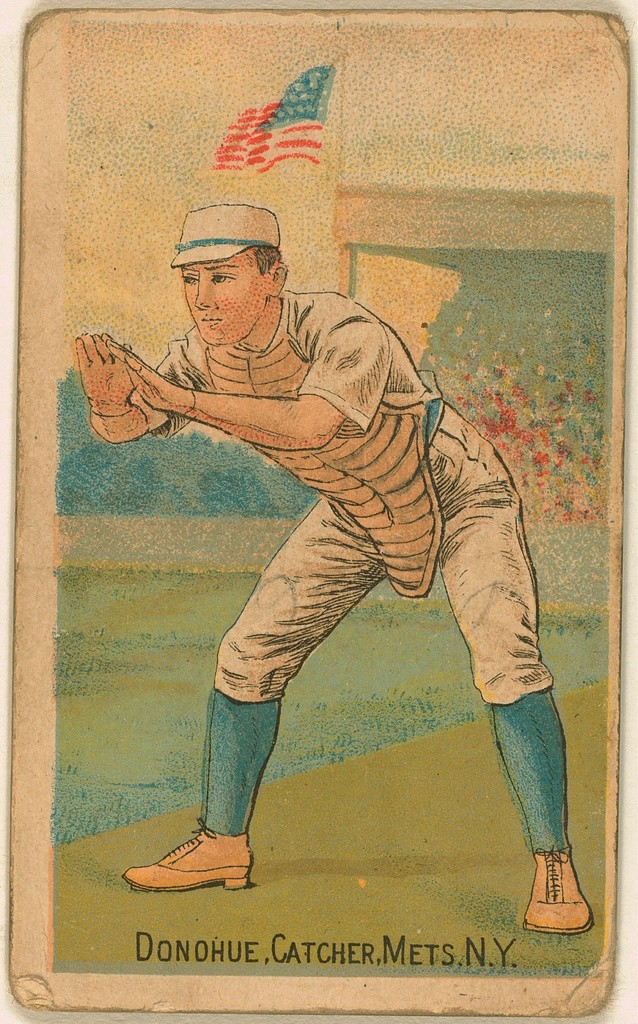 Baseball, however, was not a prestige sport by any means in 1880, but this did not matter to John Day, baseball fanaticÂ andÂ owner of a large tobacco plant on the Lower East Side. One day DayÂ met Jim Mutrie, a shortstop from Boston, and agreed to fundÂ a new team. InÂ September, the New York MetropolitansÂ made their debut on a field in Brooklyn.

Day and Mutrie had also formed a second team — the New York Gothams — who proved to be more lucrative. In 1885 they sold the MetropolitansÂ to Â land developer Erasmus WimanÂ who then moved the team to Staten Island as a way to encourage growth for the underpopulated future borough. (Wiman also owned a ferry service.) The Metropolitans went from a polo grounds to a cricket’s ground — the St. George Cricket Grounds.

Below: The Metropolitans in Staten Island 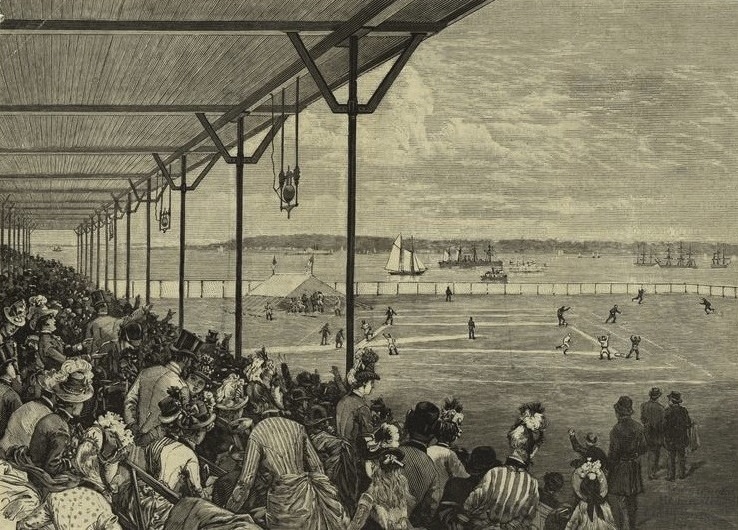 To no one’s surprise by Wiman’s, this idea didn’t work, and the Metropolitans were soon sold for $15,000 to their rivals the Brooklyn Dodgers whoÂ dismantled the team by recruiting its best players. Â Their last game was 1887.

Below: At the pass off to Wiman, The New York Sun profiles all the players of the Metropolitans. You can read the entire article here. Â “The Metropolitan Club, organized by James Mutrie, has had a brilliant career. Â Ever since it was started it has been more than successful, and each year it has become stronger, until at present it is probably the finest fielding team in the country.” 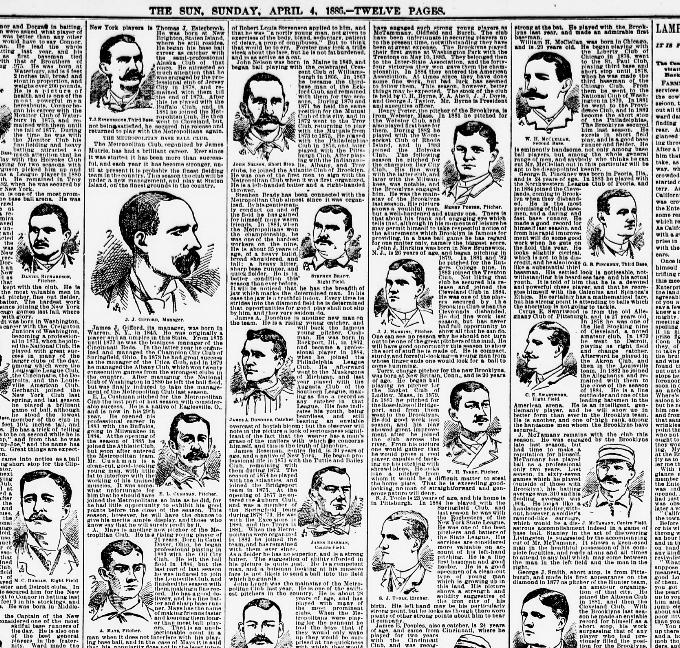 Another reason the Metropolitans may have disappeared — their weight. The New York Sun, reporting on one of their last games,Â played on October 30, 1887: “The old men of the Metropolitan have grown very stout. Troy, with his 195 pounds is running a close race with Orr for avoirdupois, while Brady and Kennedy have gained remarkably in weight.” [source]

**The original articleÂ neglected to mention the Giants.

5 replies on “Meet the Mets! The Metropolitans, that is, an early NY baseball team”

when did the NY metropolitans change there name to the mets

[…] p.m. Pacific time: Top Comments: the Polo Grounds edition. “The primary baseball tenant was the New York Metropolitans, an unbiased staff who started play in 1880 and later joined the American Affiliation.” He […]

[…] Pacific time: Prime Feedback: the Polo Grounds version. “The primary baseball tenant was the New York Metropolitans, an impartial crew who started play in 1880 and later joined the American Affiliation.” He […]

[…] 7 p.m. Pacific time: Top Comments: the Polo Grounds edition. “The first baseball tenant was the New York Metropolitans, an independent team who began play in 1880 and later joined the American Association.” He […]