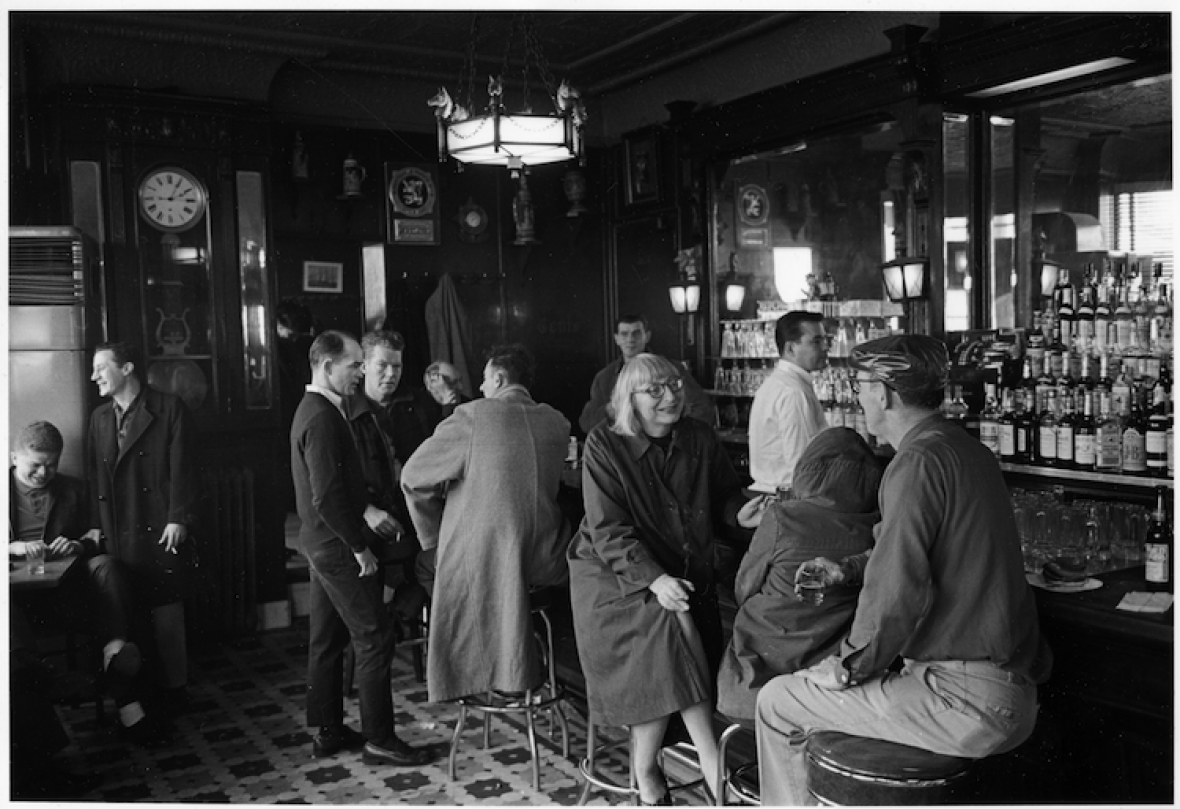 PODCAST The story of Jane Jacobs, the urban activist and writer who changed the way we live in cities and her fights to preserve Greenwich Village in the 1950s and ’60s.

Washington Square Park was torn in two. The West Village erased and re-written. Soho, Little Italy and the Lower East Side ripped asunder by an elevated highway. This is what would have happened in New York City in the 1950s and 60s if not for enraged residents and community activists, lead and inspired by a woman from Scranton, Pennsylvania.

[To get a more in-depth view of Greenwich Village during the 1960s, listen to our podcast episode.]

Jane Jacobs is one of the most important urban thinkers of the 20th century. As a young woman, she fell in love with Greenwich Village (and met her husband there) which contained a unique alchemy of life and culture that one could only find in an urban area. As an adroit and intuitive architectural writer, she formed ideas about urban development that flew in the face of mainstream city planning. As a community activist, she fought for her own neighborhood and set an example for other embattled districts in New York City.

Her legacy is fascinating, often radical and not always positive for cities in 2016. But she is an extraordinary New Yorker, and for our 200th episode, we had to celebrate this remarkable woman on the 100th anniversary of her birth.

FEATURING: Mrs. Jacobs herself in clips interspersed through the show.

Jacobs at the White Horse Tavern, sometime in the 1960s. Jane lived on the block!

Jacobs in Washington Square Park (though I believe this is 1963 and not during the 1958 protest).

Washington Square Park in 1935. The 1958 activists were so successful in their goal of saving the park that they were able to banish automobile traffic from it entirely.

What Moses had planned for the park:

Robert Moses, pictured here in Brooklyn in 1956. Although he frequently situated as the arch-nemesis to Jane Jacobs, in fact they were rarely in the same room together.  Their battles were fought in the press and in City Hall.

Jacobs presenting damning evidence about the proposed West Village demolition, taken at their main headquarters the Lion’s  Head, in 1961 at the corner of Hudson and Charles Streets.

Jane Jacobs and her son Ned in 1961, during the West Village protests.  The Xs were placed on buildings to be condemned. Activists wore sunglasses with Xs on the lenses in protest.

The February 21, 1961, article from the New York Times which riled up the West Village. The  East Side project would eventually become Haven Plaza Apartments, but residents would fight off the designation in the West Village.

A map of the Lower Manhattan Expressway. Although this plan never came to fruition, the stack of buildings near the bridges seems to be coming to pass — on the Brooklyn side!

Another sketch by Paul Rudolph” of the Lower Manhattan Expressway, showing the new construction from the Holland Tunnel as it enters through Manhattan.

Jane Jacobs in Toronto, Dec. 21, 1968. She would continue her activism there, helping other community activists in foiling plans to build the Spadina Expressway.