Above: The Croton Reservoir in 1850, in what would soon become Central Park. (NYPL)

PODCAST One of the great challenges faced by a growing, 19th-century New York City was the need for a viable, clean water supply.

We take water for granted today. But before the 1830s, citizens relied on cisterns to collect rainwater, a series of city wells drilled down to bubbling, underground springs, and, of course, the infamously polluted Collect Pond. But these sources were spreading disease and clearly inadequate for a city whose international profile was raising thanks to the Erie Canal.

The solution lay miles north of the city in the Croton River. New York engineers embarked on one of the most ambitious projects in the city’s history — to tame the Croton, funnelling millions of gallons of waters through an aqueduct down to Manhattan, where it would be collected and stored in grand, Egyptian-style reservoirs to serve the city’s needs.

This is the story of both the old and new Croton Aqueducts, and of the many landmarks that are still with us — from New York’s oldest surviving bridge to a former Bronx racetrack that was turned into a gigantic reservoir.

FEATURING: An entire town moved on logs, a famous writer’s strange musings on Irish laborers, the birth of a banking titan, and guest appearances by Isaac Newton, DeWitt Clinton, and Gouverneur Morris (or, at least, men who share those names).

A fireman’s map of New York in 1834, detailing the location of the city water supply, in cisterns and hydrants fueled by the 13th Street Reservoir. (NYPL) 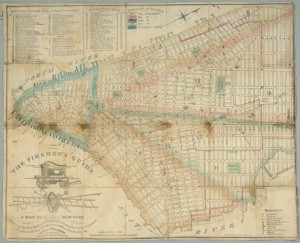 Wall Street in 1847. The Manhattan Company is at 40 Wall Street. Founded by Aaron Burr ostensibly as a public works to distribute water, the Company soon shed its water responsibilities to become a full-fledged financial institution. 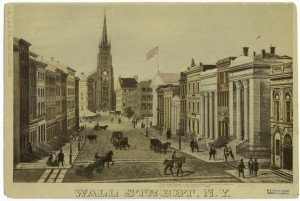 The Croton Dam and the start of the aqueduct system. After a partial collapse in 1841, the dam was quickly rebuilt for the opening of the entire system the following year. Today, the location of this dam is submerged under the current Croton. (NYPL) 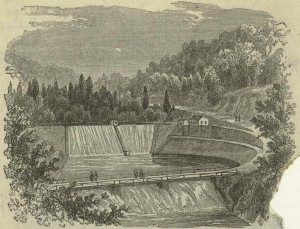 Examples of the various tunnels created to accommodate the various topographical challenges encountered during construction. Miles of these water tunnels were constructed by a team mostly comprised of Irish laborers. (NYPL) 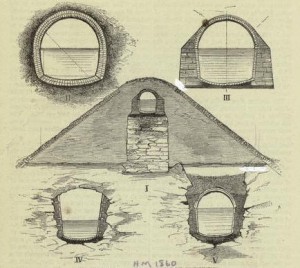 The glorious High Bridge, the oldest surviving bridge in New York — although much of it has been replaced and quite altered. (NYPL) 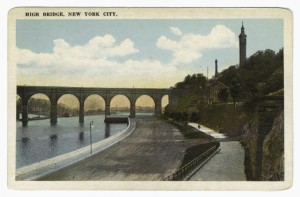 High society flocked to Jerome Park Racetrack on the weekends in the 19th century. But the park was turned into a reservoir at the beginning of the 1900s. (NYPL) 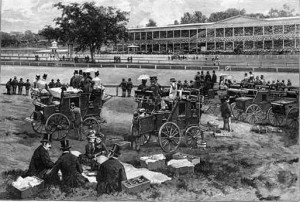 Also: please see my post from yesterday The Art of the Reservoir for pictures of some of the receiving and distributing reservoirs used in the Croton system and others through the New York region.

2 replies on “The Croton Aqueduct: How New York got its drinking water”

I grew up in TarryTown NY part of the aqueduct trail was our playground later In high school the trail ran right behind the school where we would go to smoke some not so legal stuff 😁. I am still in Westchester and take walks on it on occasion. Thank you for a great podcast
Charlie