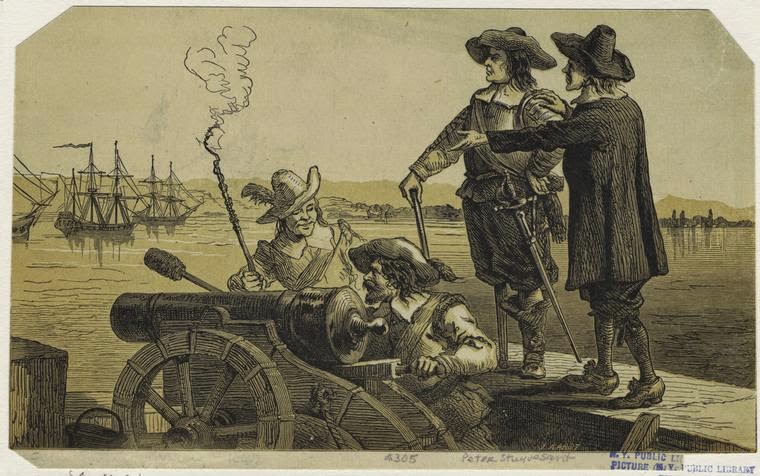 On August 26, 1664, English ships sailed into the harbor and essentially ran the Dutch out of their port town of New Amsterdam, renaming it New York.  Despite this momentous event, little actually changed for the townspeople themselves whose allegiances were more for their own livelihood and that of their neighbors, and less for the distant power who relied on the city as an anchor to the New World.

Nobody wanted a fight — not the English, not the residents.  The only one angling to defend the town was its director-general Peter Stuyvesant.

He had been director-general since 1647, transforming the scraggly outpost into, well, a slightly more presentable one. But for all his firm guidance — transforming the government, the infrastructure, the defenses of what would become one of the world’s great cities — it was still no match for a fleet of powerful warships. 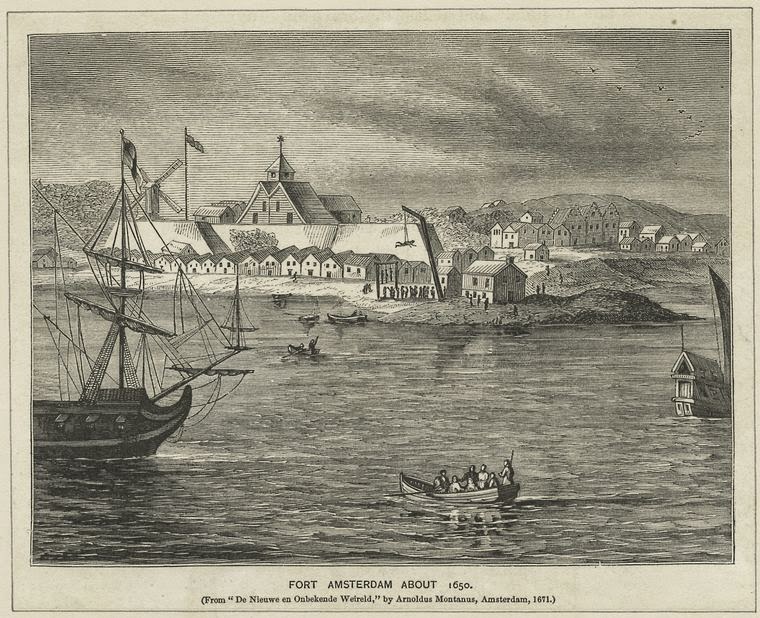 But Stuyvesant wanted to fight.  His blood and toil had gone into improving this town. Perhaps he did not consider it the domain of the West India Company so much as his. He ripped up entreaties by the English which had promised safety to the townspeople of New Amsterdam. He attempted to corral the soldiers at Fort Amsterdam (its walls woefully unprepared for battle) and rally the spirits of the townfolk, but his provocations were ignored.  Angered that their ambitious leader would prefer battle over acquiescence, the residents presented Stuyvesant with a politely-worded remonstrance. 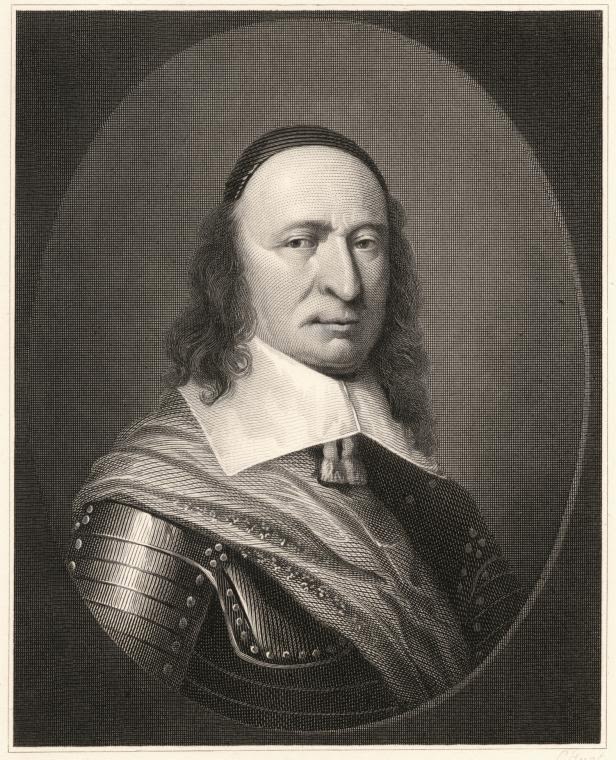 Everybody signed it, including Stuyvesant’s own son.  For the men and women of New Amsterdam, it was a document of peace.  For Stuyvesant, a surrender.

“…[W]e humbly, and in bitterness of heart, implore your Honors not to reject the conditions of so generous a foe, but to be pleased to meet him in the speediest, best and most reputable manner.  Otherwise, which God forbid, we are obliged to protest before God and the world; and to call down upon your Honors the vengeance of Heaven for all the innocent blood which shall be shed in consequence of your Honors’ obstinacy…” [source]

It became Peter Stuyvesant versus everyone.  If he did not back down, the subtext of the petition ensured he would be removed by force.

The following day, on August 27, a delegation of English advisers met with locals at Stuyvesant’s home at the Battery to arrange the handover and draft the so-called Articles of Capitulation.  Over the next few days, further assurances were made to the Dutch residences of New Amsterdam, securing their property and protecting their liberty and religious freedoms. 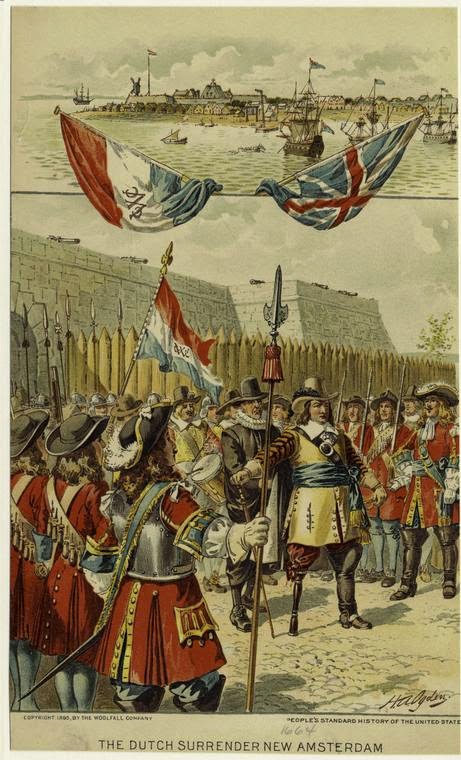 As the New York Times noted yesterday, nobody in New York is exactly celebrating this unusual anniversary.  There may not be any Dutch parades or ceremonies in Battery Park, but I suggest you take an hour or two over this Labor Day Weekend and appreciate the remnants of Dutch symbolism that sill exist in the city today, from the official state flag to the many street names that still reflect their Dutch origins.

Here are a few articles from the back catalog to inspire your appreciation of Dutch New York:

— Boston vs. New York: You think this is just about sports? Origins of an epic rivalry, from Puritans to the Super Bowl [link]

— Rediscovering the rediscovery of a 350-year-old city view [link]

And our very old podcast on Peter Stuyvesant from 2007! [link]  You can also listen to it here.  This show is ancient.  We sound so young!  Our early shows were so brief,  so perhaps Stuyvesant is due a re-do in the near future.