BOOK REVIEW Looking at history as a collection of objects is a pursuit best suited for a hoarder.  Every item strewn along the timeline has the potential of being totemic to human experience.  A similar review of your own life might imbue symbolic power to such things as an old teddy bear or a dried corsage.  (This is why I hang on to that T-shirt from a 1988 New Order concert, even though it’s literally in tatters.) 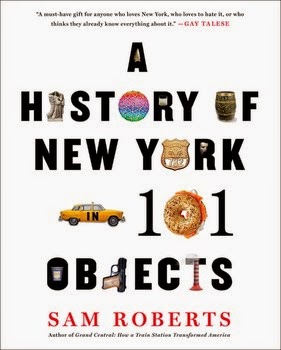 Compacting this materialistic tour into an exact number — a round number — treats the span of history like a Billboard pop chart, but it also means the objects in question are especially potent with meaning.

In 2010, the British Museum, in association with the BBC, produced a radio and podcast series called “A History of the World In 100 Objects,” summarizing all of earthly existence with a survey of the museum’s own precious artifacts.  The episodes were richly researched and incredibly entertaining.  I wanted to jump on a plane to London and go check out that Clovis spear point and Oxus chariot model myself.

The list was a smash success because it was like a history class and an Antiques Roadshow in one.  It spawned several knockoffs. It has influenced public school curriculum. (I even tried one semi-successfully: A History of New York in 100 Buildings.)  It’s an attractive idea in the Buzzfeed age — history as a completed bucket list.

Sam Roberts, the venerable New York Times writer and editor, has taken a crack at a similar project relating to New York City history. In a 2012 column, he recruited 50 precious objects into service of a tale that began over 13,000 years ago.  He’s returned with a book called The History of New York in 101 Objects which expand the contours of his itemized history by 51 other things.

A Whitman’s Sampler of our city’s past — I mean that, there’s a famous cookie and a sugar factory in it — Roberts’ history is a friendly, colorful way to experience New York City.

Unlike the concrete selections of the British Museum, Roberts has chosen items from a metaphysical attic of ancient documents, architectural details, and even abstract concepts.  As a tie-in to Robert’s book, the New York Historical Society has currently made a gallant attempt at gathering up a few of these.  (The show runs until November 30.) 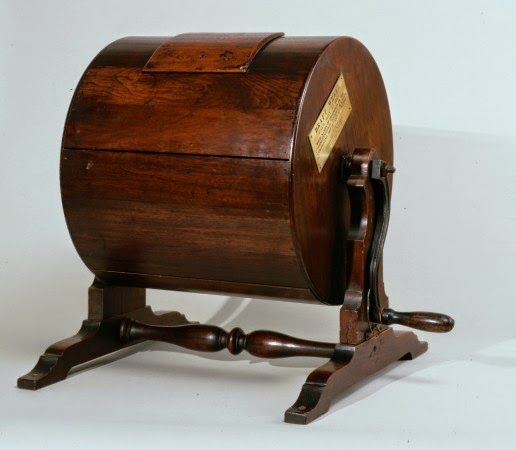 At left: A draft wheel from the Civil War Draft Riots makes the cut.

As Roberts makes very clear in the introduction, these items represent his impression of history, a group of subjectively chosen tools to express the New York story from a variety of angles.

Each object is accompanied by a 2-3 page description of what it represents upon the map of history. A graying toll ticket represents the opening of the Brooklyn Bridge. A New Yorker cartoon stands in for the city’s changing views of the outside world.

There are commonplace objects (a bagel and an artichoke, a paper coffee cup) next to items of great artistic beauty (the lions of the New York Public Library, a golden statue atop the Municipal Building).  Each looking onto the tale of New York as though through a lens of different colored glass.

My favorite entries are those that depict small, unusual items or things I’ve walked past every day without thought. Included here is a clock in Grand Central Terminal, but not the clock you’re thinking of.  That rusty little remnant of the original Grid Plan — secretly hiding in Central Park — is here.  My favorite New York awning is on the list — the ragged, filthy one that once hung over CBGB.

Such a book leaves wide avenues for debate over which objects were included or left out. In the end, this is an exercise of graceful balance.  Of course there are certain things unrepresented here.  A book such as The History of New York in 101 Objects shouldn’t be seen as a reason to exclude memory; it’s simply an inspiration to run out and find your own history — at the grocery store, overhead in the skyline or in the gutter. 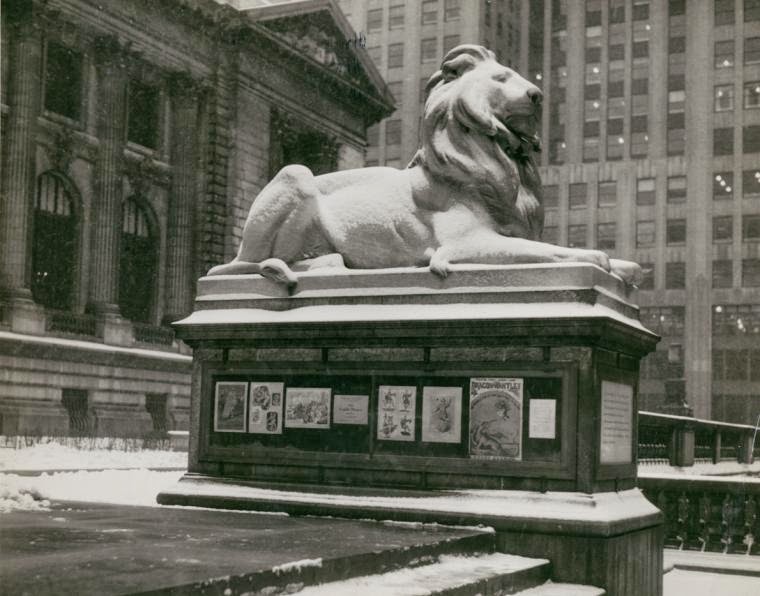