The new Bowery Boys podcast that comes out this Friday will be about Brooklyn. So let’s get in the mood with some pre-Instagram tinted photography from the U.S. National Archives, most of them taken in 1974 by Danny Lyon. followed byÂ some black and white images by Edmund V Gillon.

You might have seen many of these photographs before (perhaps even here on this blog), but it’s striking to revisit them in context of Brooklyn current gentrification patterns. Â The homes of Brooklyn Heights began seeing the arrival of ‘bohemians’ as early as the 1910s, and brownstoneÂ revivalists (the so-called ‘pioneers’) discovered the neighborhood after World War II.

But a noticeable trend of Brooklyn gentrification happened in earnest in the late 1950s, with wealthy escapees from Manhattan (fending off the urge to suburbanize) moving into South Brooklyn brownstones and row houses and giving enclaves attractive new names like Boerum Hill, Cobble Hill and Carroll Gardens.

The most successful example occurred up on the park slope as a movement of urban activists and historical preservations refurbished and brought to life one of Brooklyn’s original Gold Coasts. Its officialÂ name became, of course, Park Slope.

While the ‘brownstone Brooklyn’ movement was well at hand in 1974-5 — the date of most of these photographs — muchÂ of the borough was still facing blight and deterioration then. Â Most of the neighborhoods pictured below are today considered ‘hot’, trendy places with incredibly high rents.

DUMBO, a name invented in the late 1970s, Down Under the Manhattan BridgeÂ Overpass. 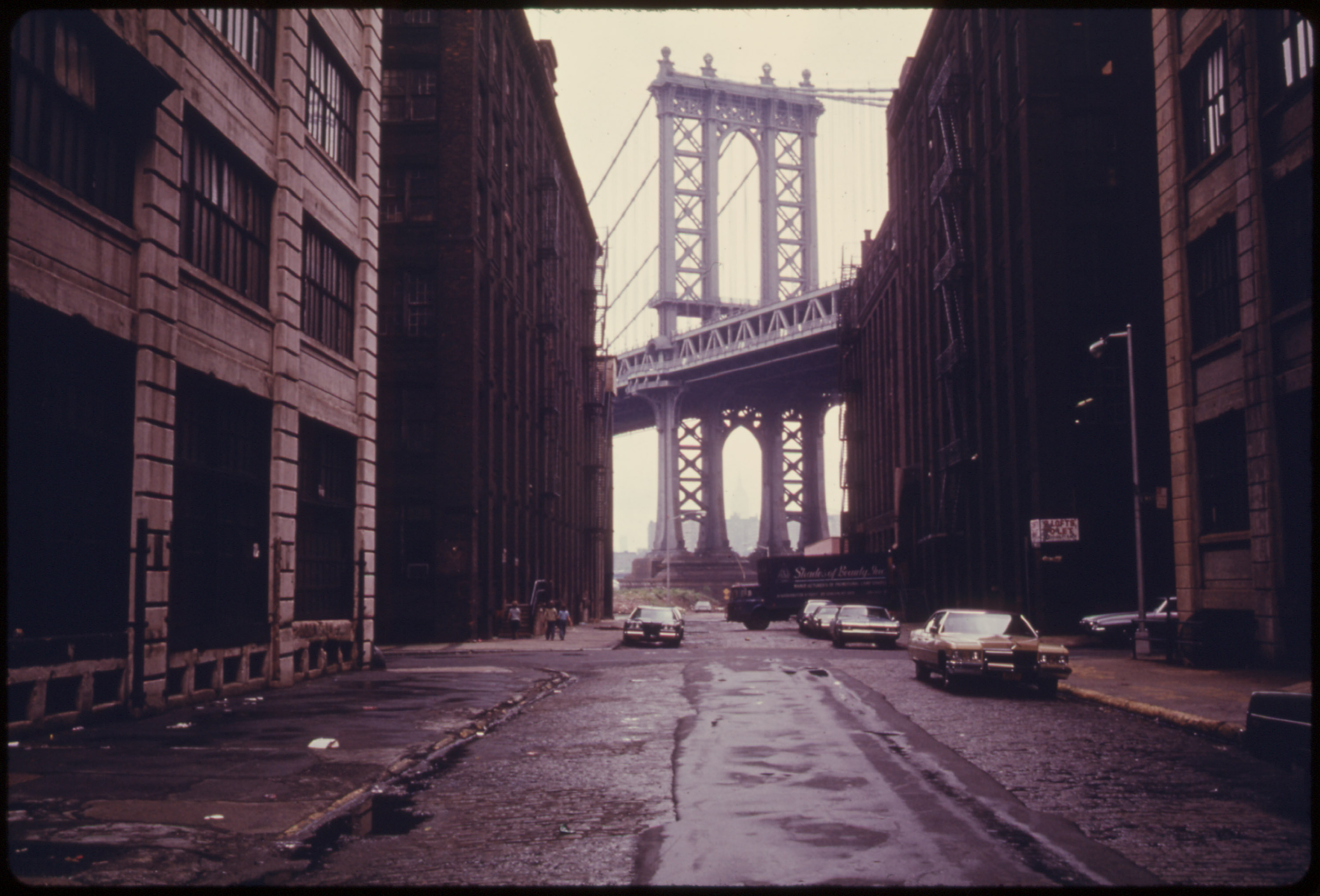 The RKO Bushwick Theater, at the Bushwick/Bed-Stuy border. 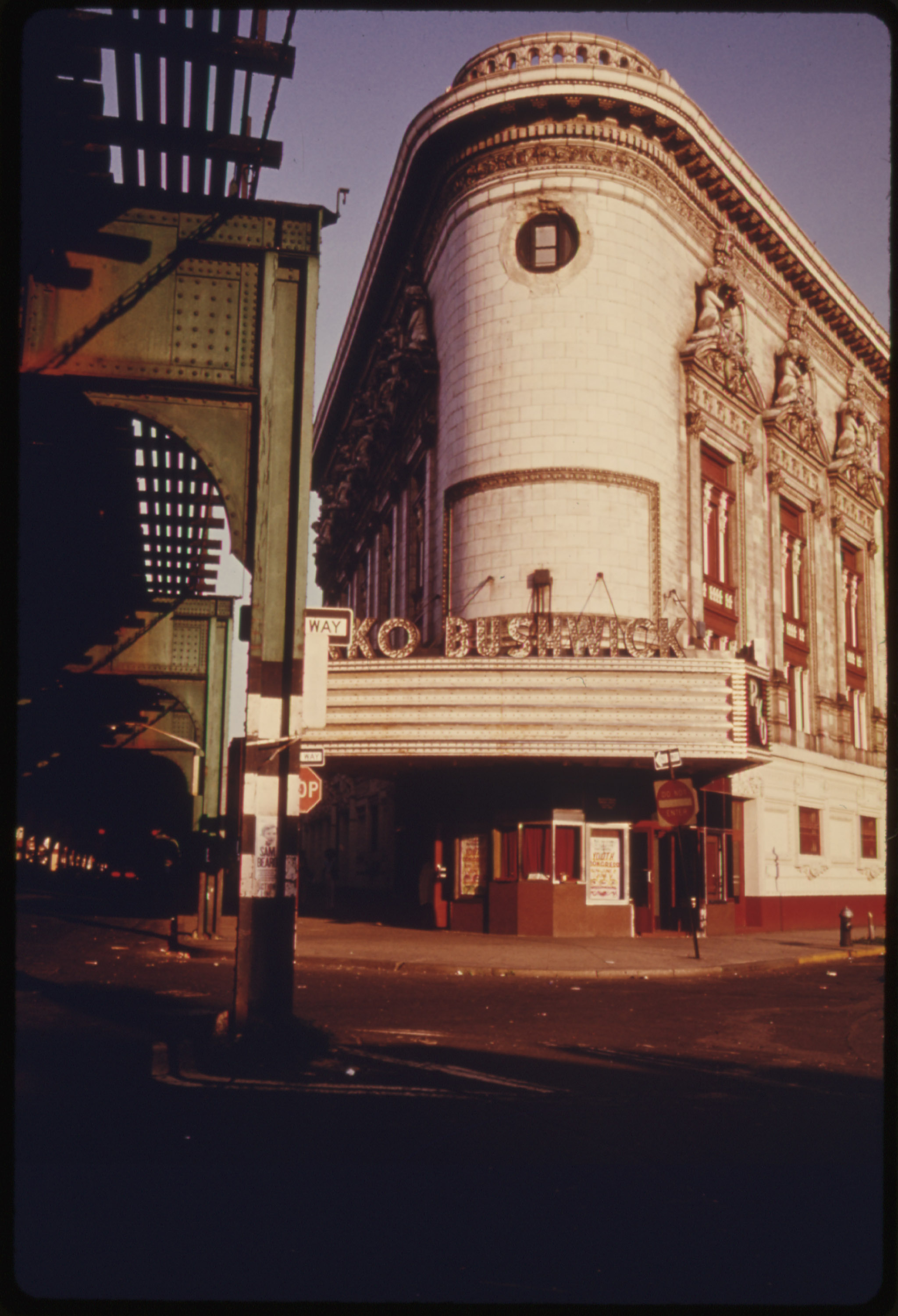 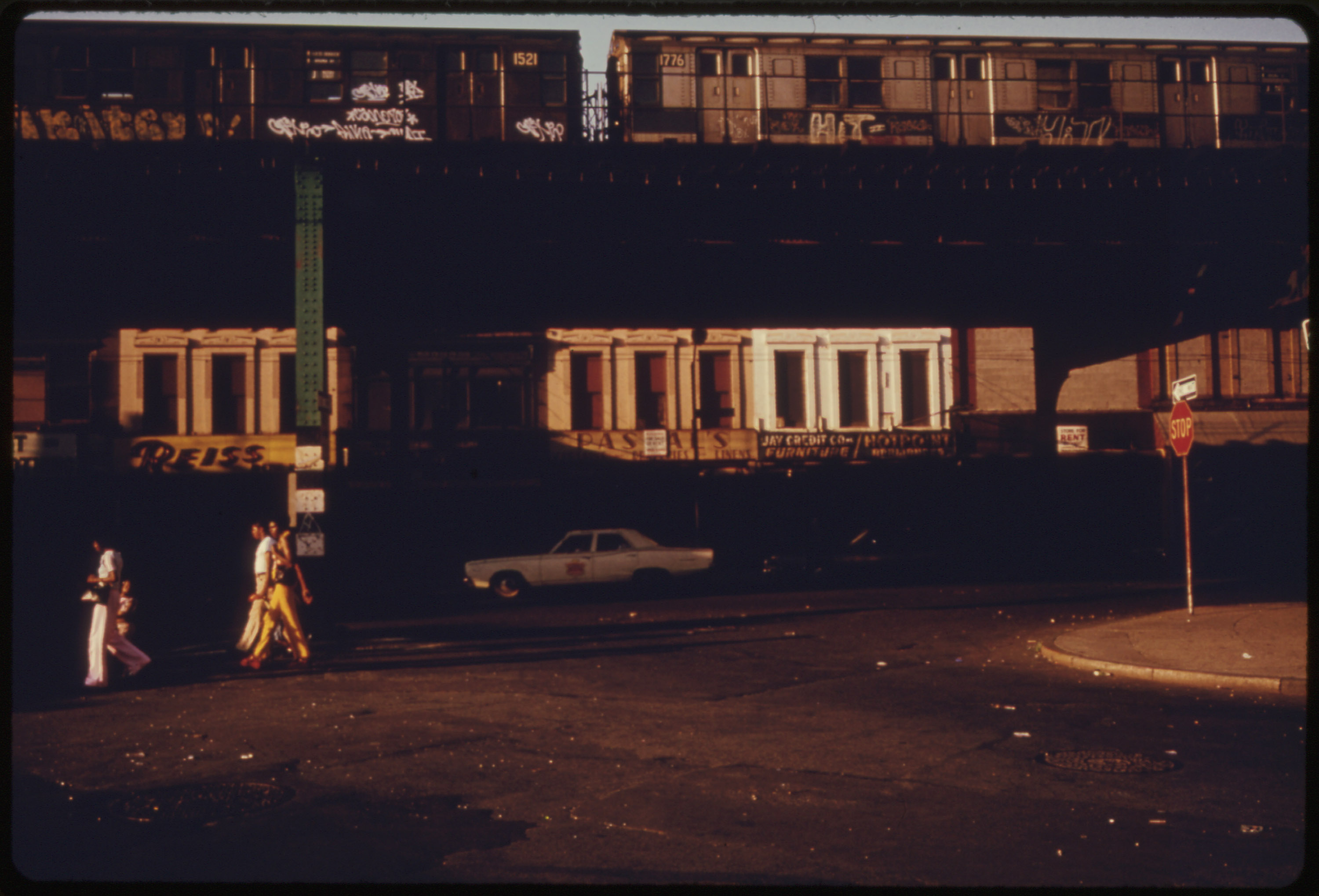 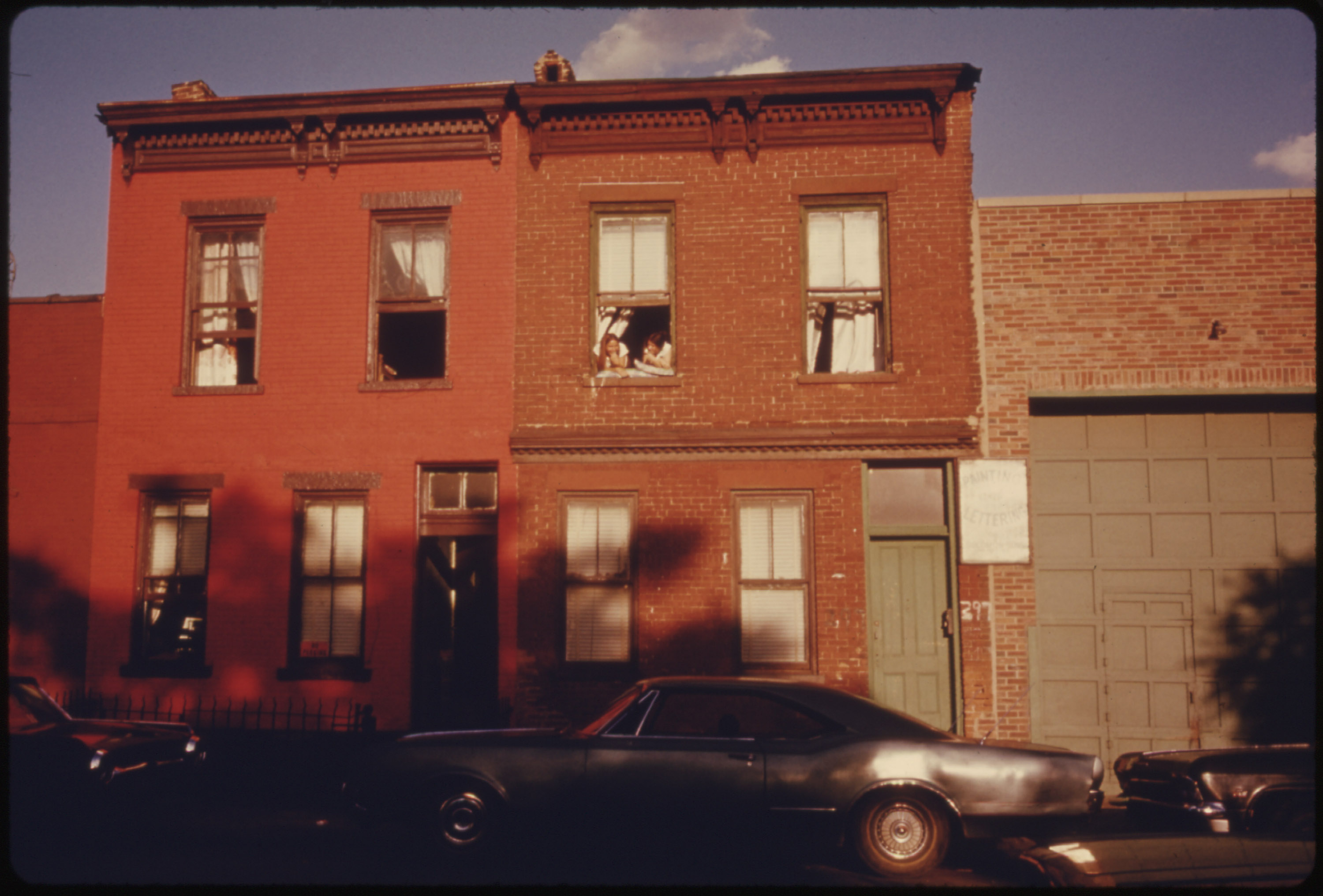 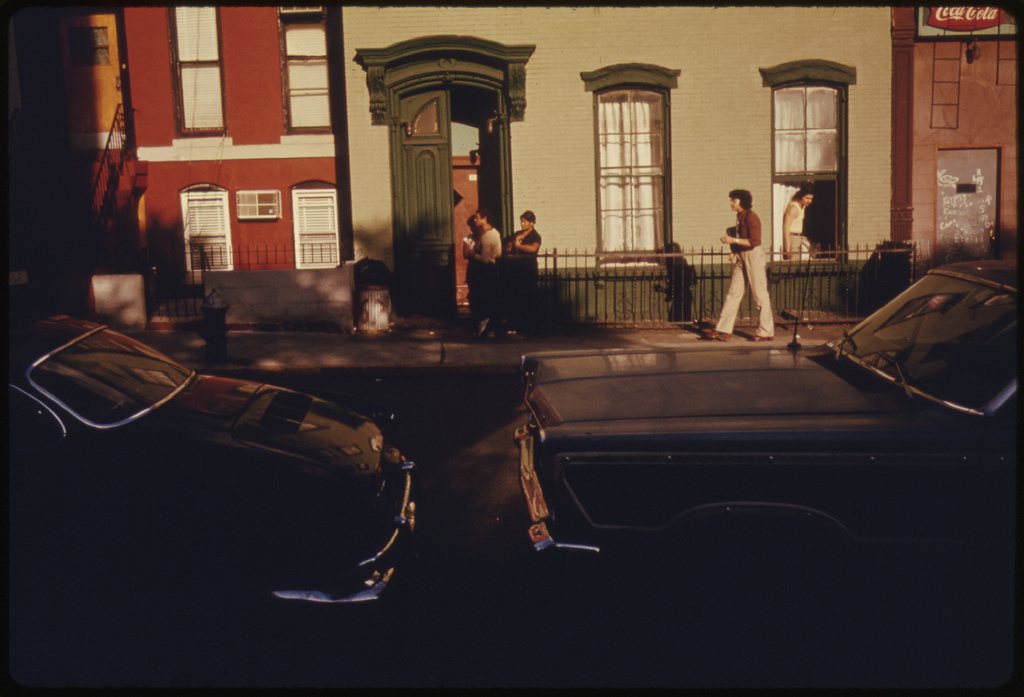 Across from Lynch Park, near the Brooklyn Navy Yard 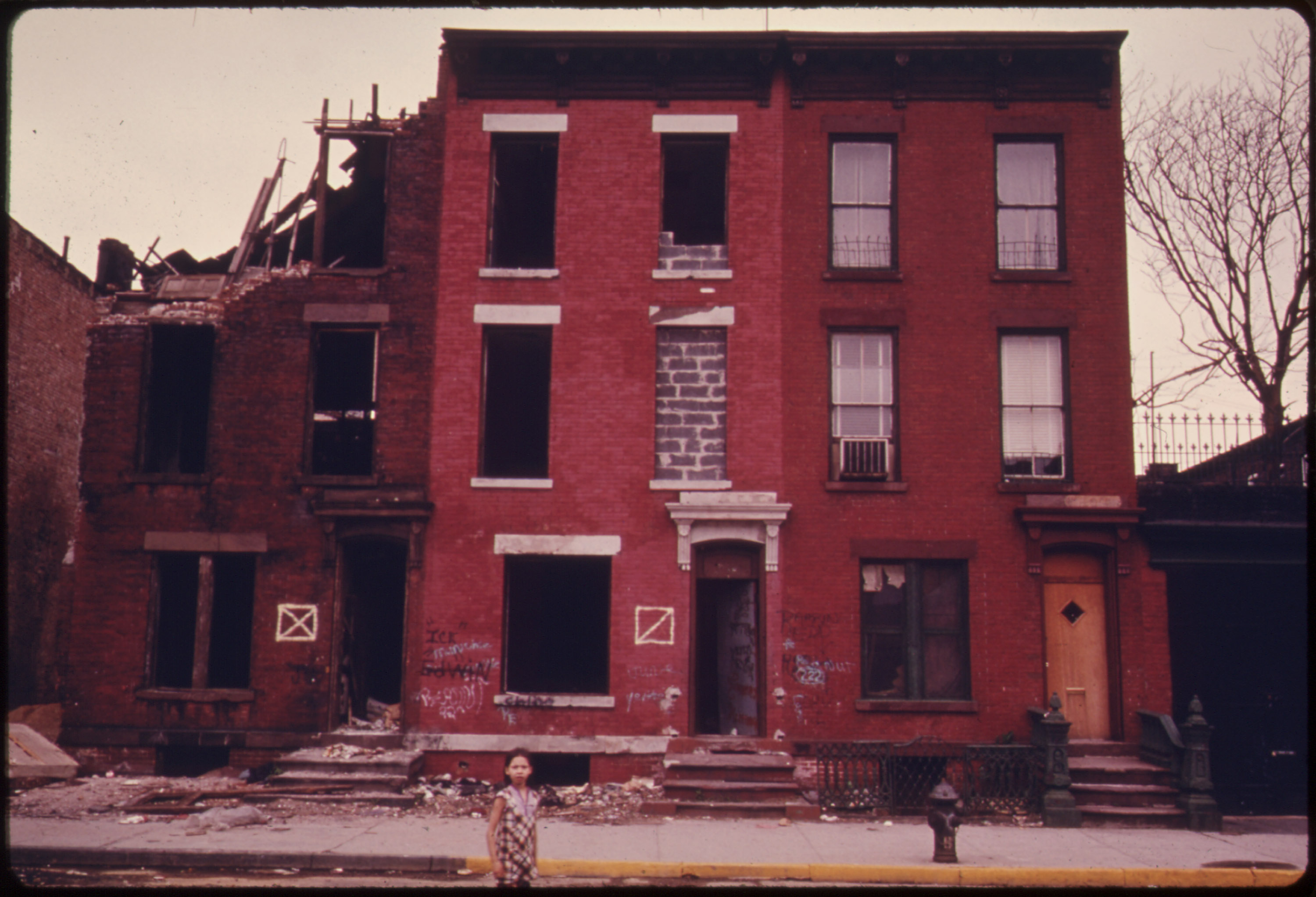 There’s no location listed in the caption but probably Park Slope? 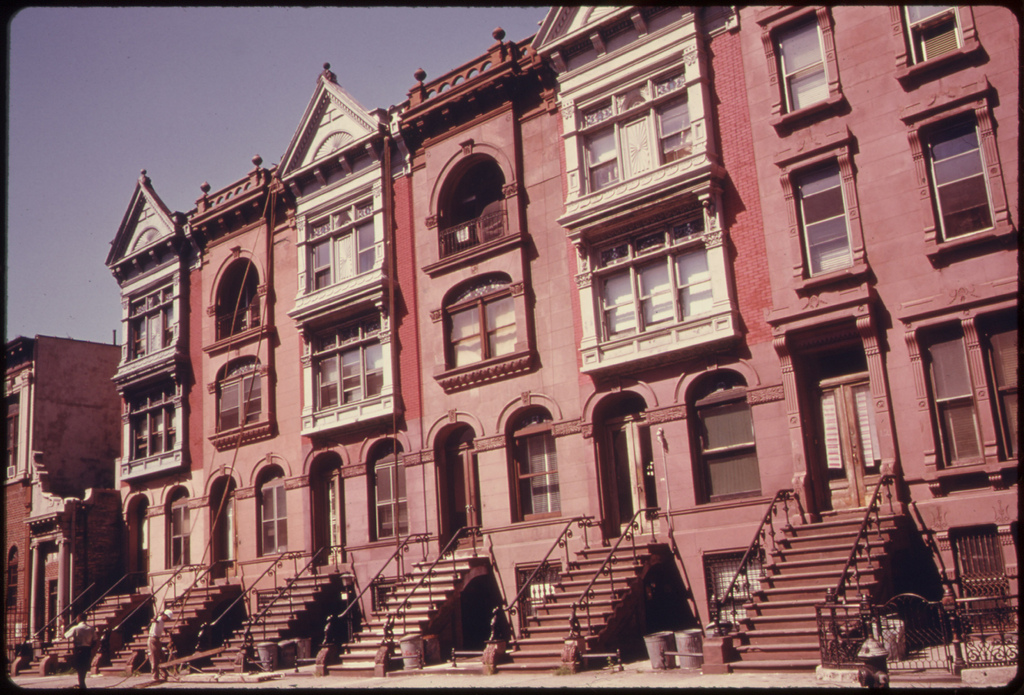 Fort Greene, across from the park. 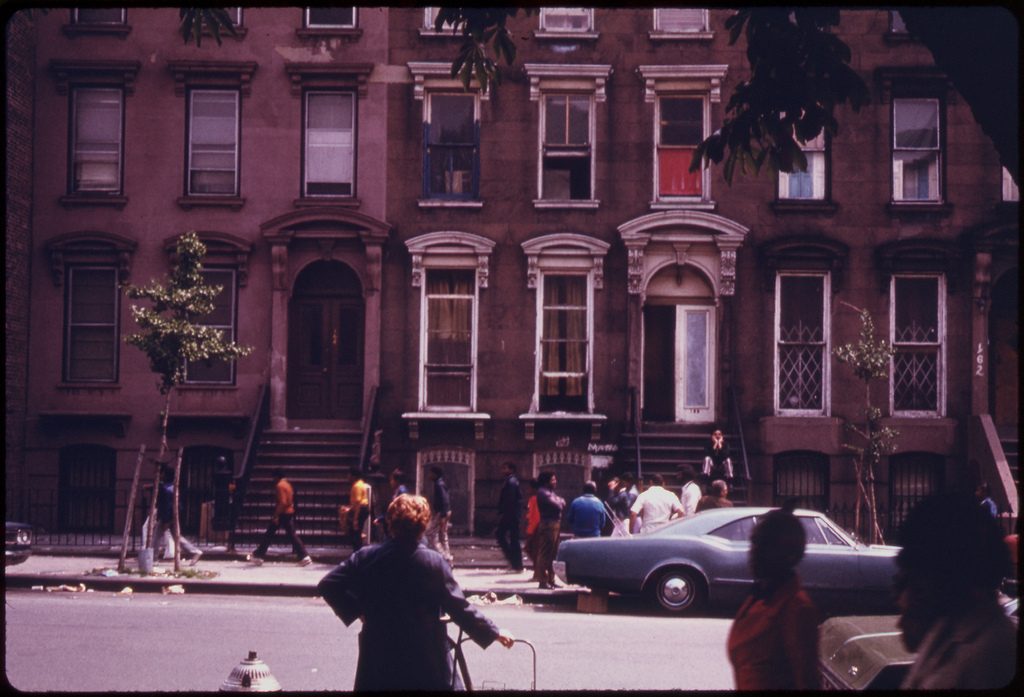 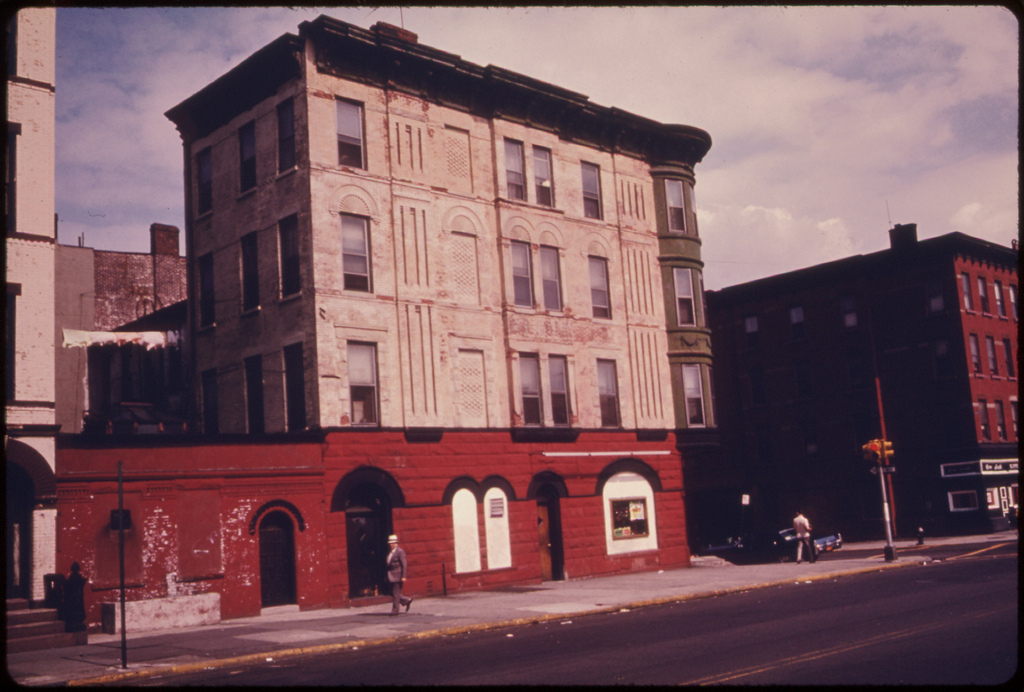 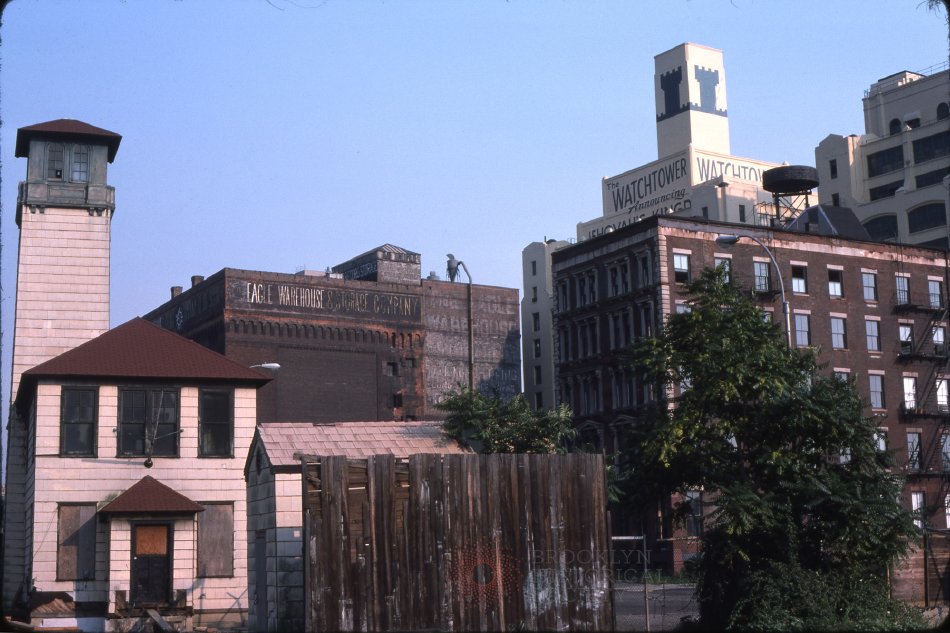 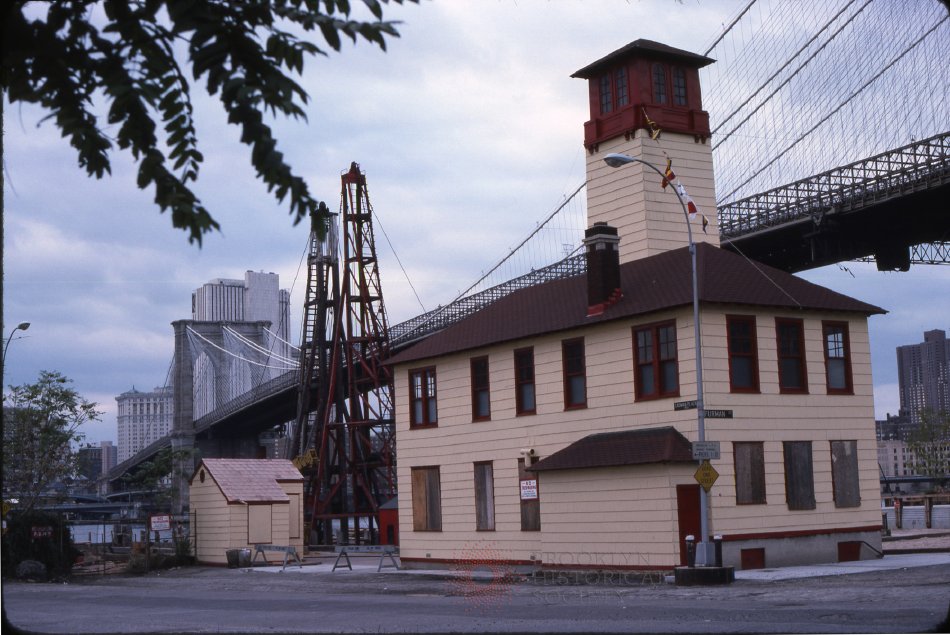 And a couple images from the Museum of the City of New York archives, all from 1975, taken by Edmund V Gillon. You can find many more of astounding photographs here: 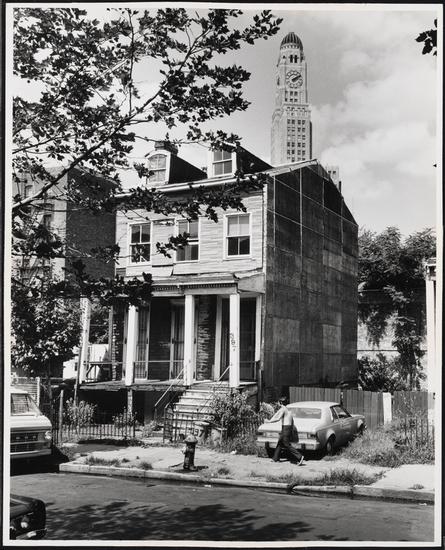 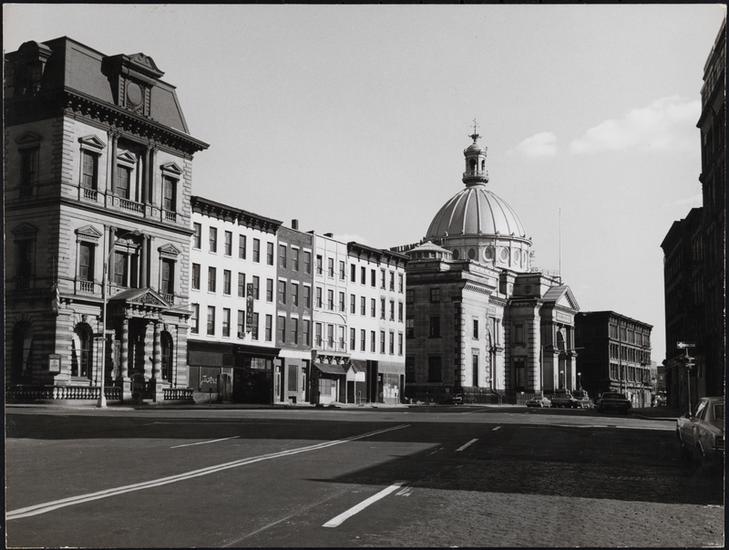 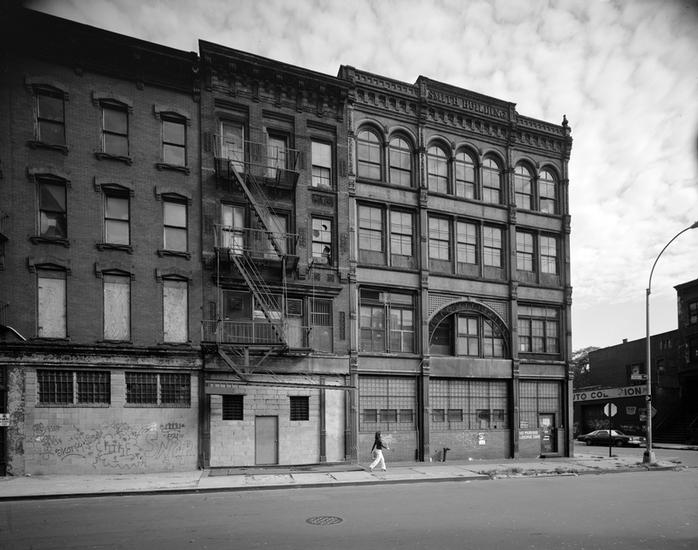 Clinton Hill:Â Row houses on the eastern side of Washington Avenue between Dekalb and Lafayette Avenues 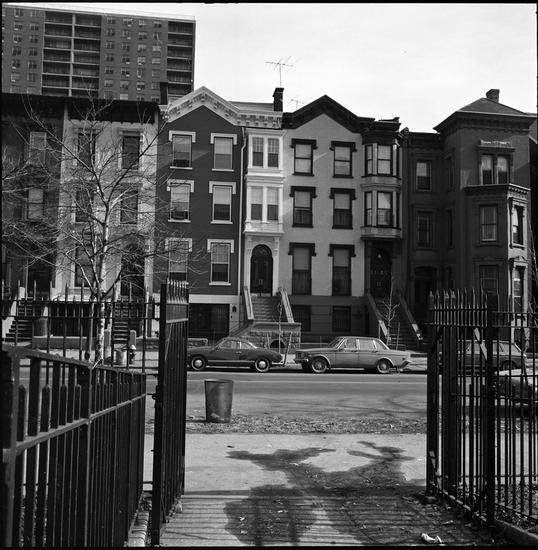 6 replies on “Ungentrified: Brooklyn in the 1970s”

I’m pretty sure the shot of Vanderbilt is the (SW) corner of Bergen St â€”Â it used to be Beast restaurant.

I think the Vanderbilt photo is 638 Bergen Street – formerly the restaurant Beast. It had recently become a bakery (Spirited), but they were very quickly forced out by new building owners.

The one pic you can’t place is in Bed-Stuy on Greene Avenue between Bedford and Nostrand. Here’s the modern version:

My White Collar Working Class Single Parent Mother at 41-41 51st Street, Bowne Towers Apartment, in the Woodside Neighborhood of the Borough of Queens in New York City, Queens County, New York State 11377, was Helped by My Blue Collar Working Class Godparents to Raise Me Growing Up at 26A 1st Street, 3rd Floor Apartment, in the Carroll Gardens Neighborhood of the Borough of Brooklyn in New York City, Kings County, New York State 11231 from 1958 to 1982.

Please, tell us more about what Carroll Gardens was like at tjat time.