The latest, lavish movie musical arrives this week to movie theaters and it’s the story of P. T. Barnum!

The Greatest Showman (opening Wednesday, Dec. 20) featuring Hugh Jackman as the title impresario, certainly a role he was born for.

The film will recount Barnum’s life and his most audacious projects including such pivotal characters as Joice Heth, Jenny Lind and General Tom Thumb. And certainly the Fejee Mermaid will make an appearance. (It’s doubtful that Mrs. Bigge Trout will have a mention in the film.)

Before you go check out this film, give these three Bowery Boys podcast a listen to get a better sense of the career and strange philosophies of P.T. Barnum. You can listen to them on this page or wherever you get your podcasts: 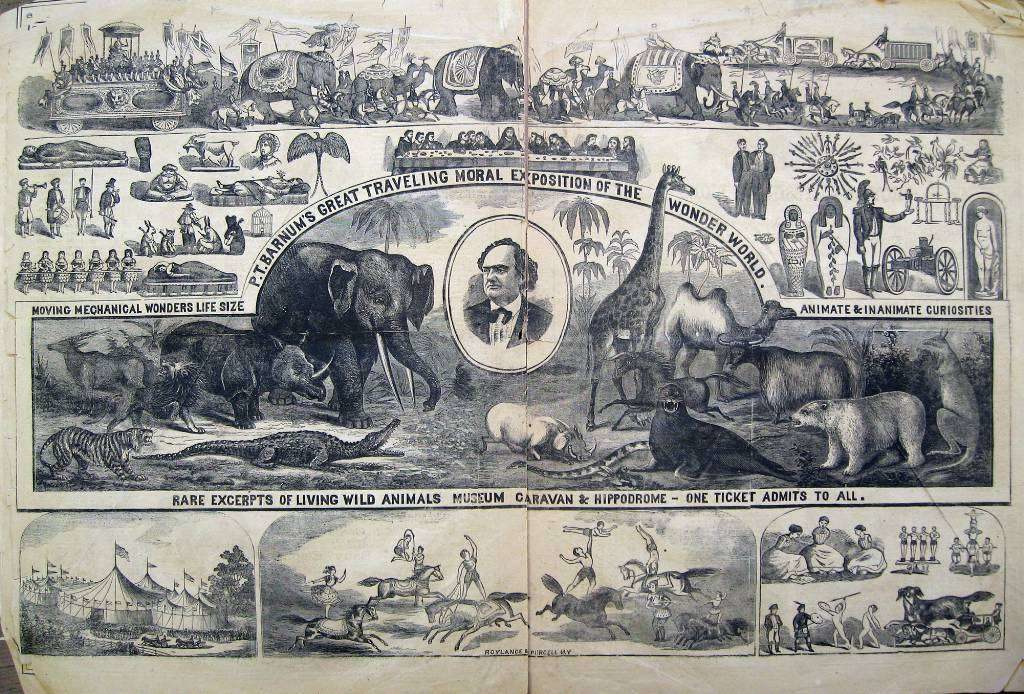 Barnum and the Greatest Show on Earth

To mark the passing of the Barnum and Bailey Circus (which closed forever in May of 2017), we present the life story of P. T. Barnum. You canâ€™t even bring up the discussion of circuses without mentioning the name of Barnum. But in fact, he only entered the circus business in his later years, after decades of success with bizarre museums, traveling curiosities, touring opera divas and all manner of fabricated â€˜humbugsâ€™.

Tune in to find out how New York institutions owned by Barnum became imprinted on the basic structure of the classic American circus. And join us as we visit the Barnum Museum in Bridgeport, CT, to gather some insight on Barnumâ€™s unique genius.

This episode of the Bowery Boys spin-off podcast The First: Stories of Inventions and their ConsequencesÂ works as a bit of a prequel to the Barnum show listed above, tracing the origin story of the first elephants ever used for exhibition in the United States. A farmer namedÂ Hackaliah Bailey took his elephant Old Bet far and wide to rural areas that had never seen a wild animal before. Barnum would call Bailey “the father of the American circus.” (This Bailey is not the Bailey of Barnum & Bailey Circus but there is a connection. Listen to the show to find out!) 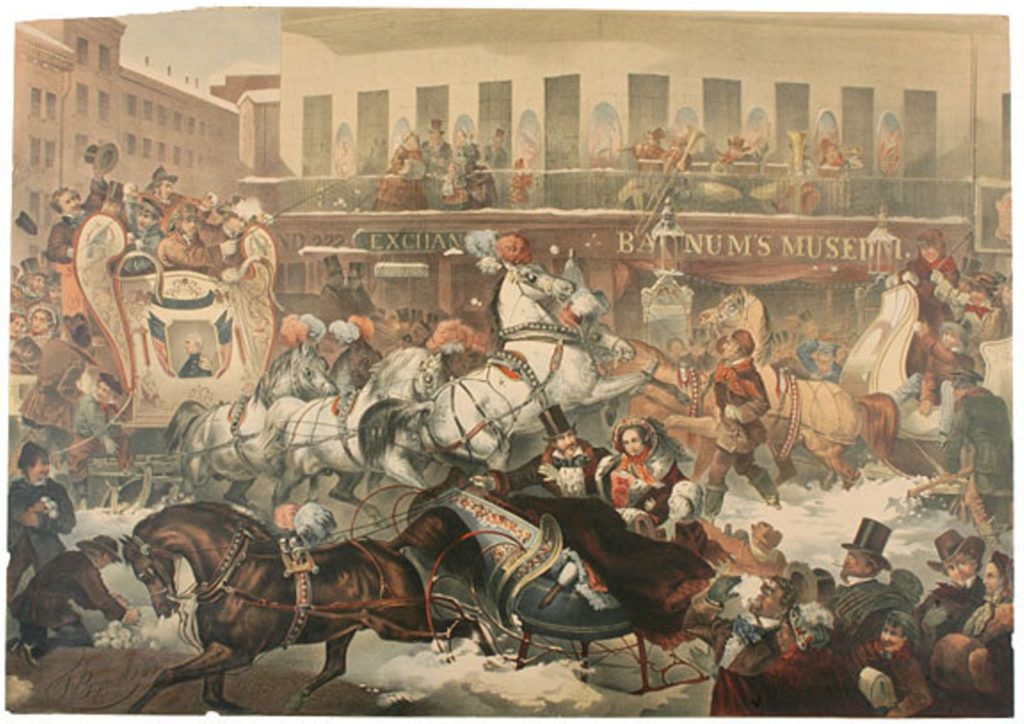 Finally, a classic story from our back catalog — the invention of New York’s most popular (and scandalous) attraction in the mid 19th century: Barnum’s American Museum, located just a few steps from City Hall. Its room were filled with marvels, miracles and miraculous mischief — from its many cabinets of curiosities to its mysterious egress.

Here’s the trailer for the film. If you’ve seen it already, what’s your review? Leave your comments in the notes.