PODCAST Grab your fedora and take a trip with the Bowery Boys into the heart of New York City’s jazz scene — late nights, smoky bars, neon signs — through the eyes of one of the greatest American vocalists who ever lived here — Billie Holiday.

Eleanora Fagan walked out of Pennsylvania Station in 1929 and into the city that would help make her a superstar. Her early years were bleak, arrested for prostitution and thrown into the Welfare Island workhouse. But music would be her savior, breaking out in Harlem first in the nightclubs on 133rd Street, then in the basement clubs of ‘Swing Street’ on 52nd Street.

Her recordings make her an international star, but the venues of New York helped solidify her talents — from the Apollo Theater to Carnegie Hall. But one particular club in the West Village would provide her with a signature song, one that reflected the horrible realities of racism in the mid 20th century. 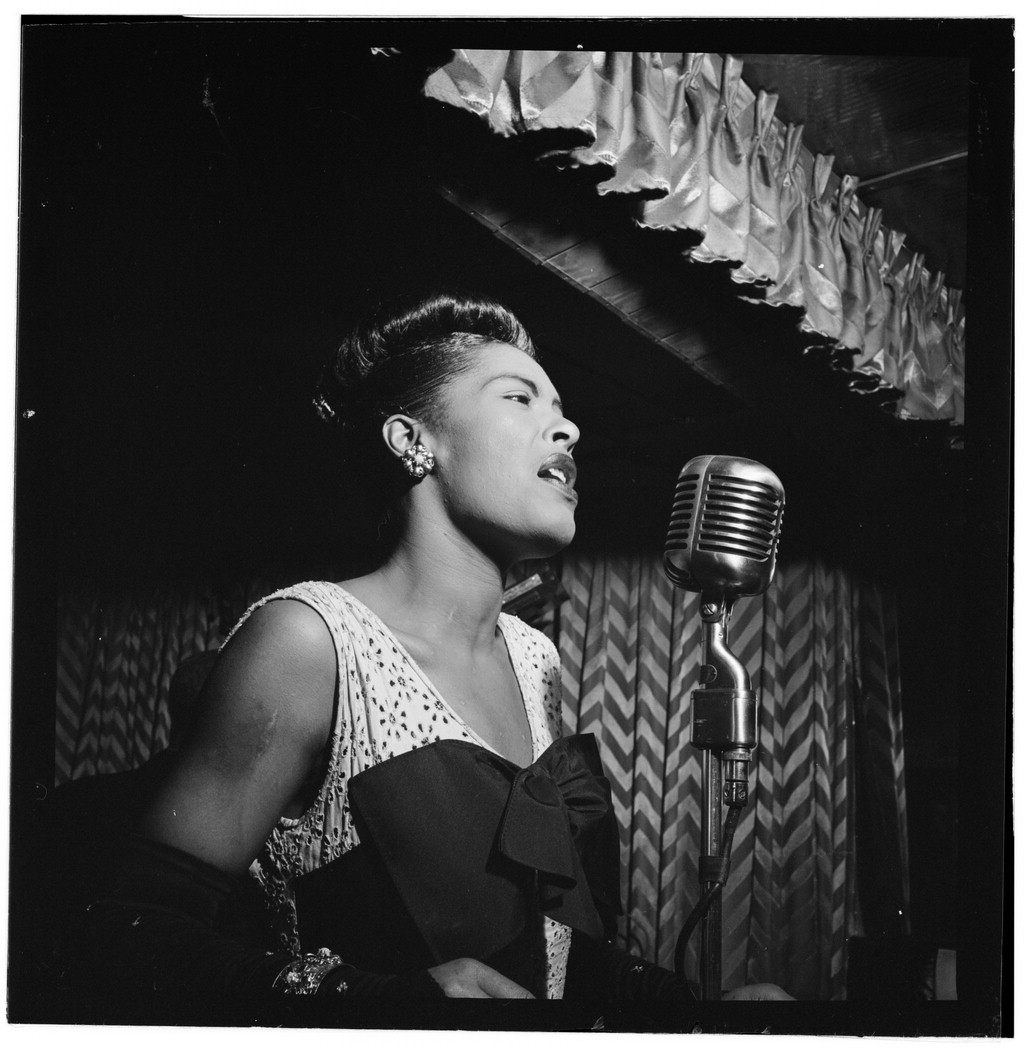 Locations featured in this episode: 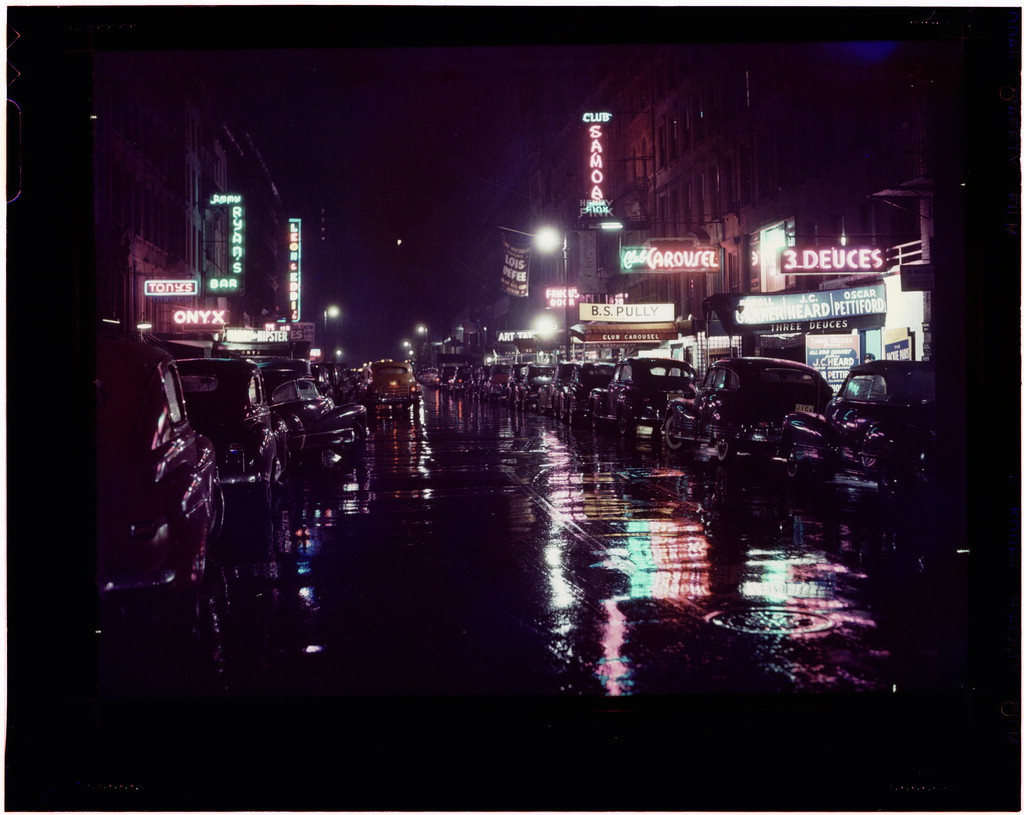 Billie at Club Downbeat (with her dog Mister) — June 1946

10) Billie Holiday at Carnegie Hall for her rave 1948 concert

An extraordinary performance of ‘Strange Fruit’, performed in February 1959, months before she died. This was recorded for a British television show called ‘Chelsea At Nine’.

Billie Holiday — playing a maid — in the 1947 film New Orleans

MAGNIFICENT work on this folks…….

Great read. Passing it on.

151 W. 140 is a 7 story apartment building fronted by marble. It sits on the site of the old Watts farm. The sister building 161 W 140th is named for the Watt family, and 151 is named Picnkney Court, for Archibald G Watt’s stepdaughter, Mary G Pinkney. She was at the time, the richest woman in NY, and was in charge of the Watt family money. I would say that Billie came to an apartment of ill repute located in a building of high esteem. I grew up in that building, and the history of that stretch of town could be a Bowery Boys episode on its own. From the Delancy farm to the Cotton club on the corner!

One of my neighbors sent me a photo of a woman in front of 161 west 140th street watts court then she asked me Rob do you know who this Woman is I said yes it’s Billie Holiday the front of the Building haven’t changed that much. Just wondering which building she lived in 161 or 151 ?

Hey Robert, you should send your photo to the Billie Holiday Discography. They have an digital archive of photos and it would be nice to preserve it. I guess you can send them a digital scan of the photo. Here’s their contact info

You really put your foot in this one, baby! I’ve heard almost all your podcasts and read a lot of your blogs. You get it. You really get it. This is your finest work and for some reason, I feel proud of you.

Singer or saint? Billie is the only one who ever died for my sins.

This was a wonderful episode. I wanted to mention something I was wondering if you were going to mention in the show, just in case you might not be familiar with it: Frank O’Hara’s beautiful poem, The Day Lady Died. It’s one of O’Hara’s best ‘this ‘n’ that’-style poems that, I think, captures aspects of what made Billie Holiday so breathtaking.

I have only recently discovered your podcast and am happily making my way through past episodes. If you haven’t done one, you might consider an episode centered on O’Hara. There is a public-art quote from his work down in the World Financial Center plaza. (There is also one from Walt Whitman.) Brad Gooch wrote an excellent biography of O’Hara called City Poet that provides a fascinating look at the bohemian artistic and literary scene in 1950s NYC.

If you’ve already done an episode on O’Hara, I look forward to getting to it!

This post is helpful in planning my NYC visit this week. I’m a life-long fan of Billie Holliday and can’t wait to find some of the treasures of her life in NYC!