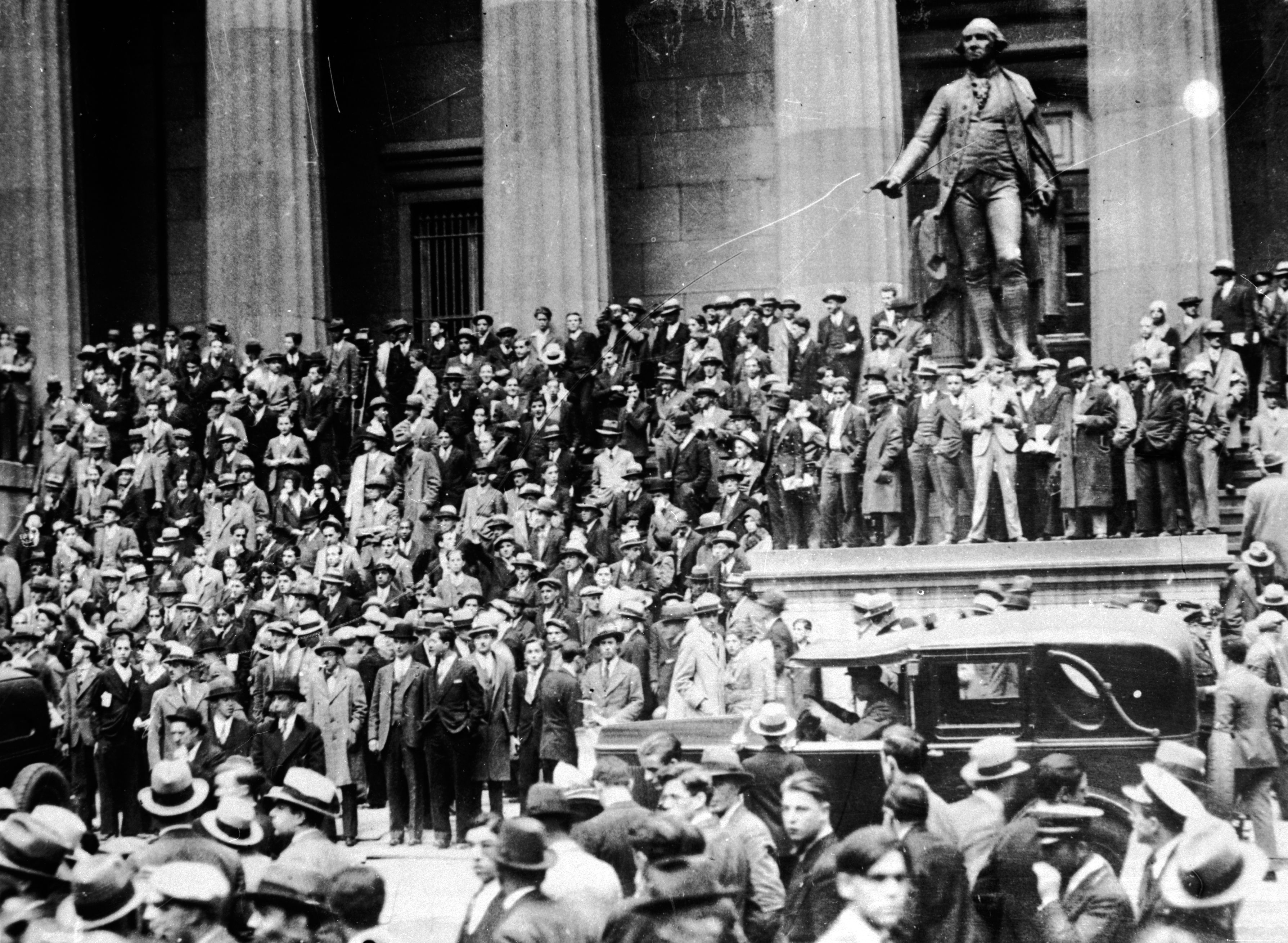 This is the final part of our three-part NEW YORK IN THE JAZZ AGE podcast series. Check out our two prior episode #233 The Roaring ’20s: The King of the Jazz Age and #234 Queen of the Speakeasies: A Tale of Prohibition New York

Mayor Jimmy Walker, in a race for a second term against a rising congressman named Fiorello La Guardia, might have had a few cocktails at the Central Park Casino after hearing of the pandemonium on Wall Street in late October 1929.

And yet a more immediate crisis was awaiting the Night Mayor of New York — the investigations of Judge Samuel Seabury, steering a crackdown authorized by governor Franklin Delano Roosevelt to rid New York City of its deeply embedded, Tammany Hall-fueled corruption.

With the American economy in free fall and hundreds of New York politicians, police officers and judges falling to corruption revelations, the world needed a drink! Counting down to the last days of Prohibition….

PLUS: The fate of Texas Guinan, the movie star turned Prohibition hostess who hit the road with a bawdy new burlesque — that led to a tragic end.

OR to download this episode and subscribe to our show for free, visit iTunes or other podcasting services or get it straight from our satellite site. 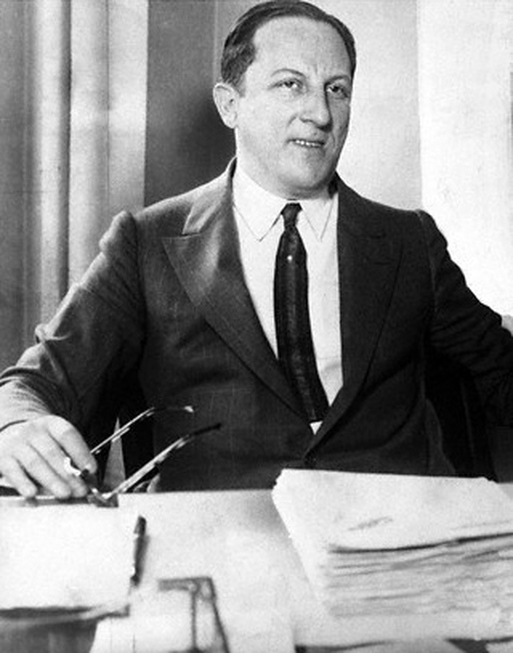 Al Smith — His unsuccessful bid for the presidency in 1928 led him to pursue more business-related projects, including the construction of the Empire State Building. 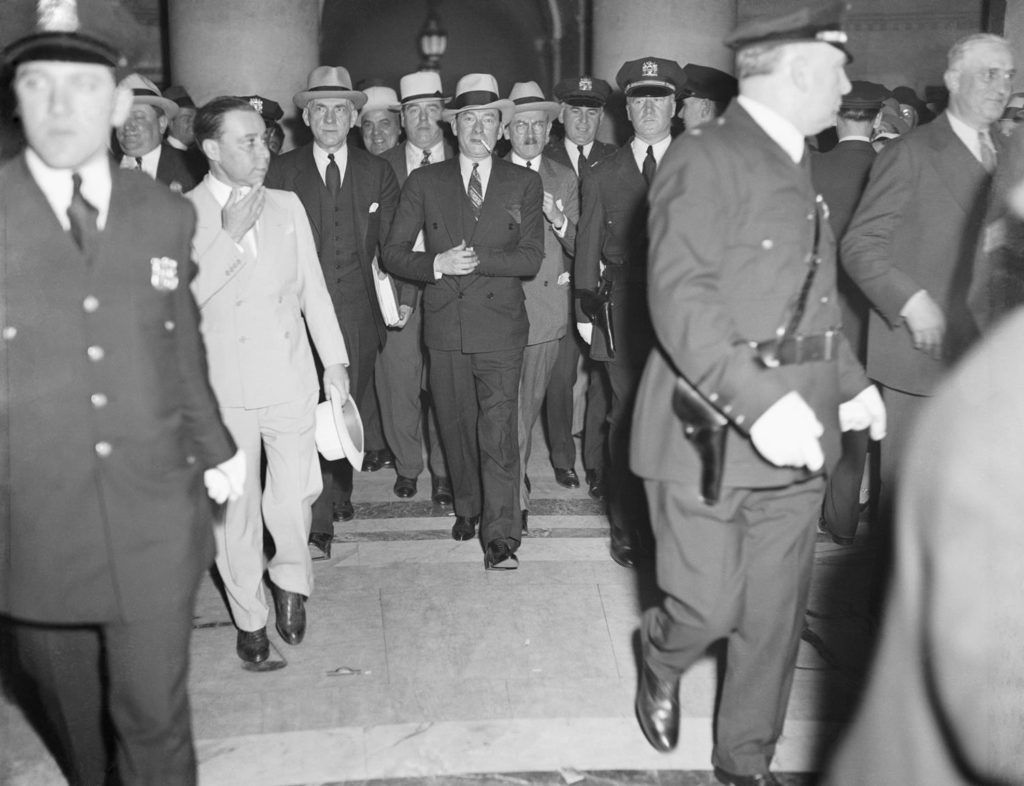 Texas Guinan eventually left the nightclub scene and returned to film and stage work. She’s pictured here in 1931 in Paris. She would later be denied entry into the country for her bawdy performances (at least, that’s what she claimed).

Betty Compton waited patiently for Walker from the sidelines, watching as his political fortunes collapsed in 1932. 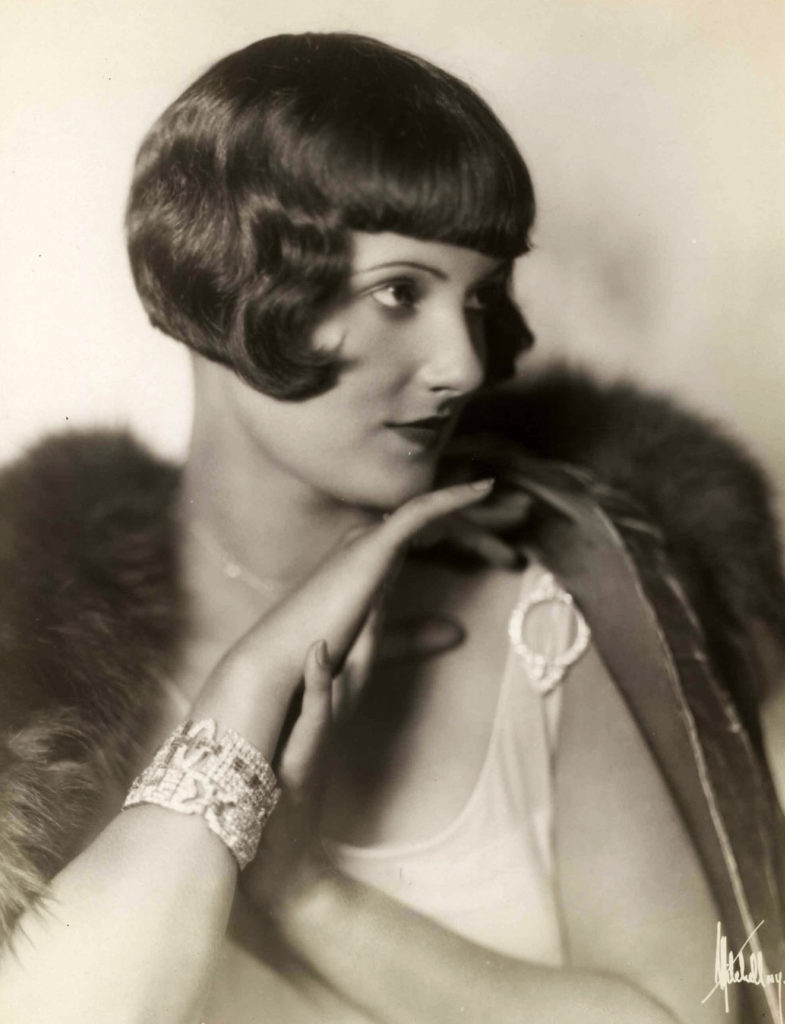 Franklin Delano Roosevelt — The governor of New York (and soon president of the United States) went after corruption during a busy campaign season.

Fiorello La Guardia (pictured here in 1929) was an early supporter of Prohibition repeal and ran for mayor in 1929, losing to Walker.

Samuel Seabury, questioning a nonplussed Jimmy Walker on the stand, succeeded in rooting out corrupt officials in public offices. With Roosevelt’s help, he even brought down the Night Mayor himself.

The Central Park Casino transformed into a swanky nightclub in 1929, a favored spot for Jimmy Walker

An interesting view of mid-Manhattan in 1931 (from St. Gabriel’s Park at First Avenue and 35th Street) with the newly completed Chrysler Building and the Empire State Building nearly completed.

An ominous image of the New York Stock Exchange from September 1929, weeks before the crash.

The streets outside the New York Stock Exchange were clogged with people for days, frantic scenes of anger, panic and heartbreak. 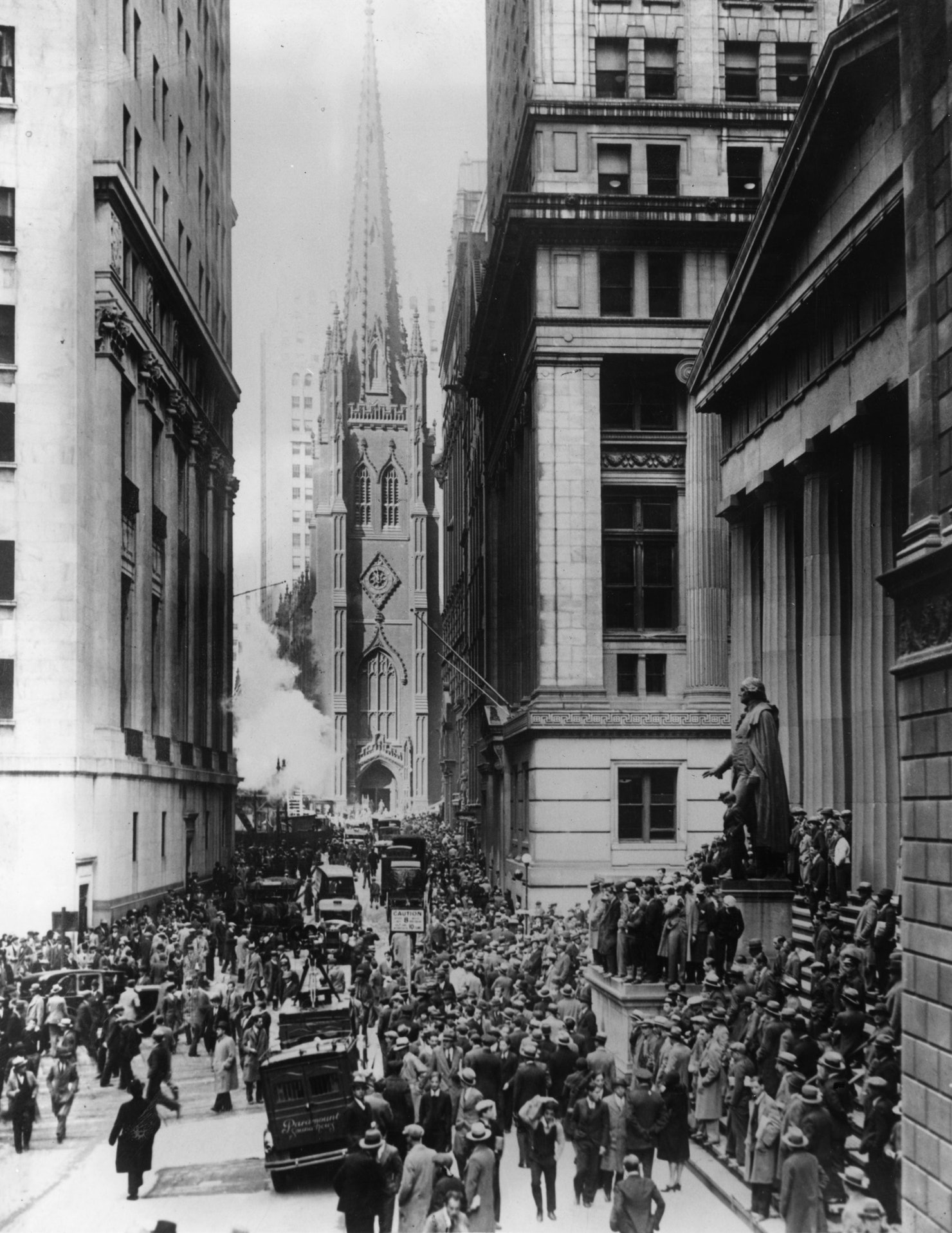 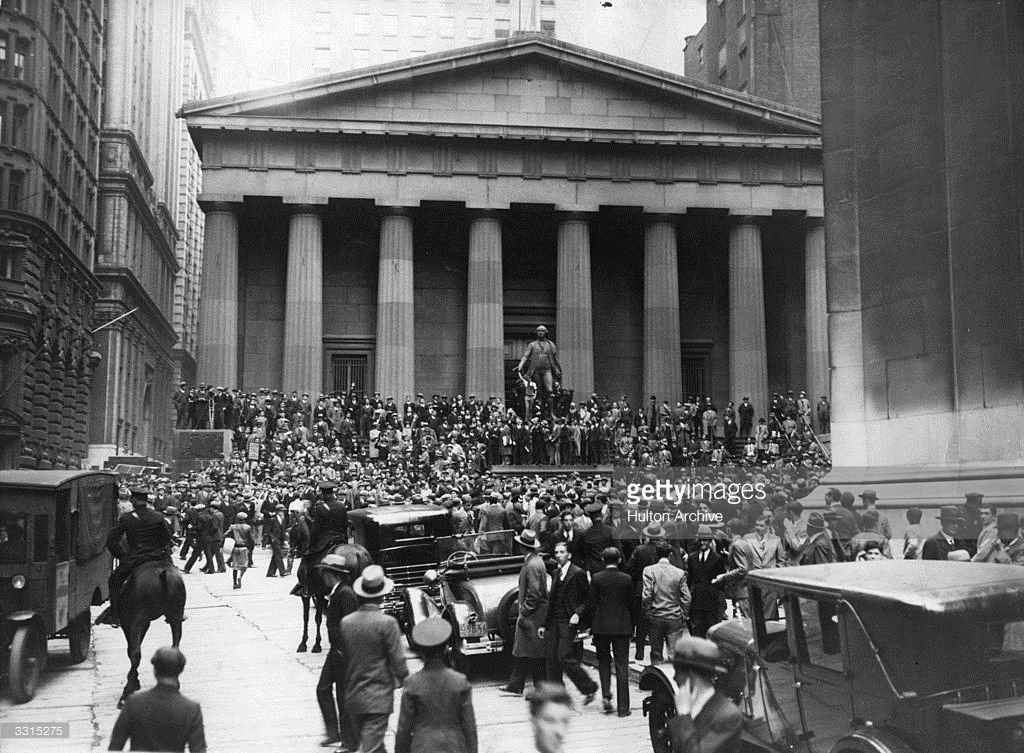 A graphic look at the Wall Street Crash of 1929. 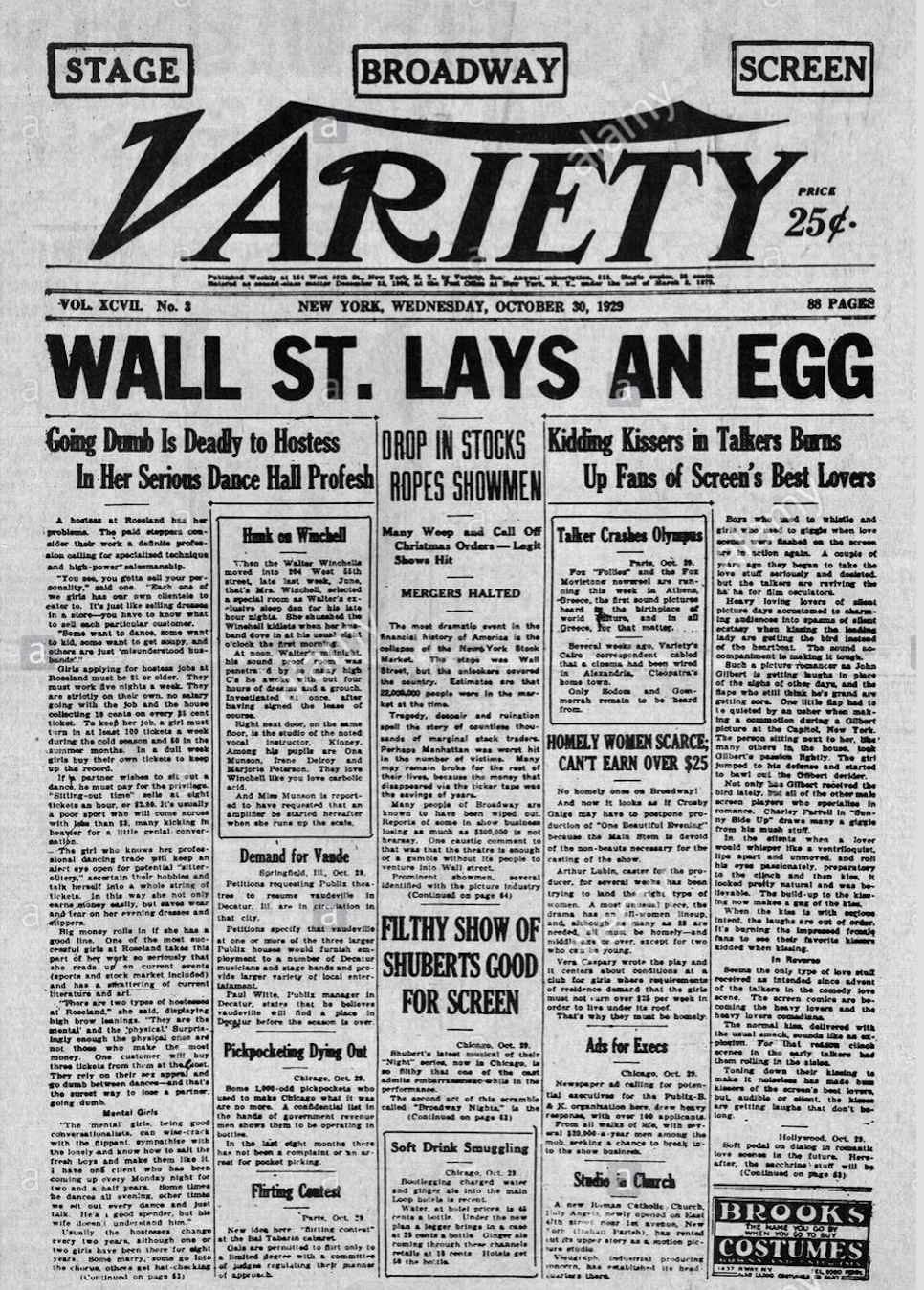 Outside Vancouver’s Beacon Theatre on October 28, 1933, just a week before her death here in this city. 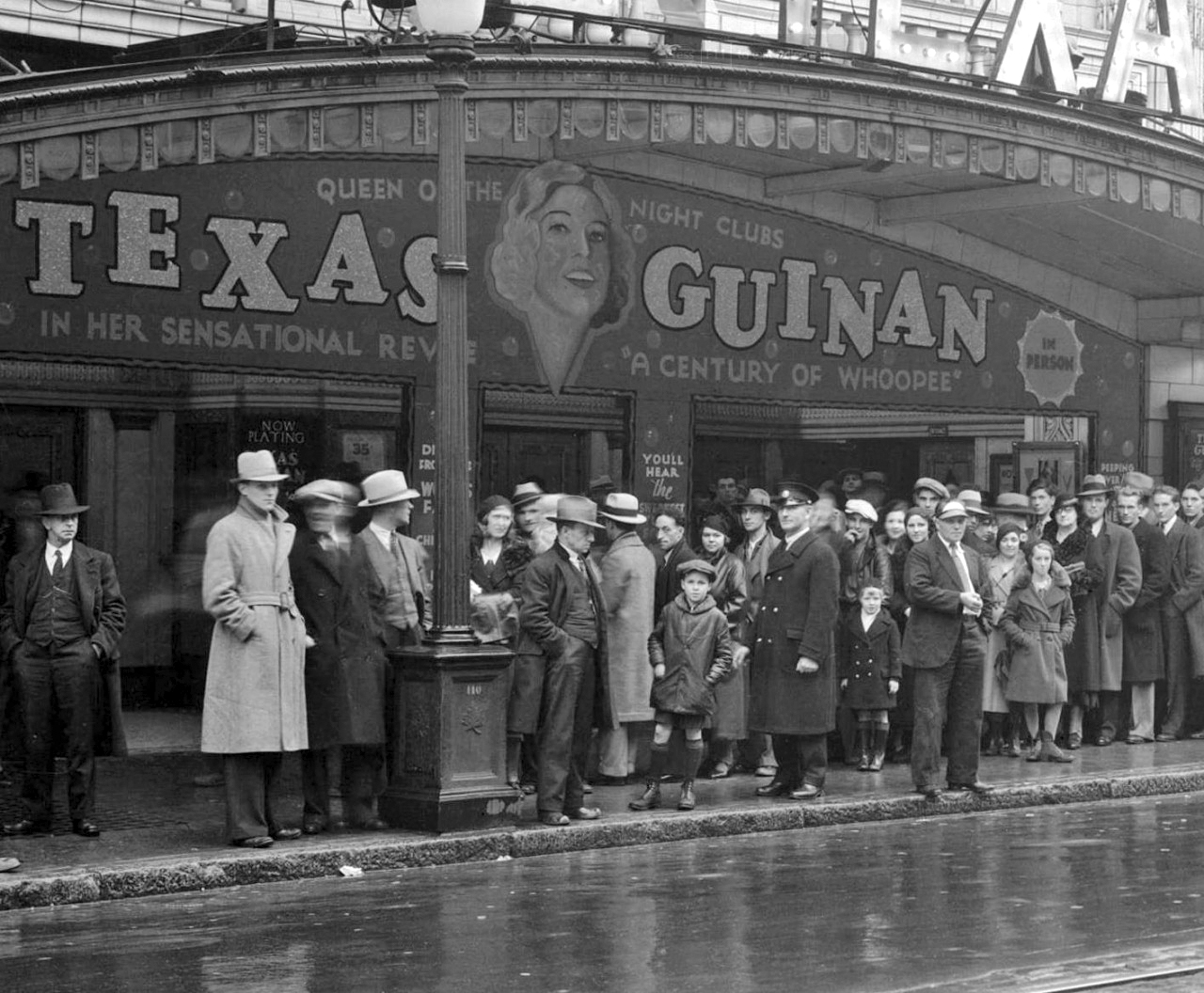 For more information, check out the following books:

Once Upon A Time In New York by Herbert Mitgang

The Man Who Rode The Tiger: The Life and Times of Judge Samuel Seabury by Herbert Mitgang

Rothstein: The Life, Times, and Murder of the Criminal Genius Who Fixed the 1919 World Series by David Pietrusza

The Tallest Building In New York: A Short History (#169)