Well, nobody can say that 2016 was an uneventful year.

After a rowdy and wild election season, we enter 2017 with New York City poised to take a new — and highly unusual — prominence in American politics. (This episode from 2011 is now officially the weirdest episode in the Bowery Boys back catalog).

We arrive at the new year with Â glass condominiums transforming the skyline at a faster rate than ever, andÂ the first new subway station in a quarter centuryÂ poised to shape the Upper East Side. But we lost other New York institutions like Carnegie Deli andÂ Ziegfeld Cinema. Â (Jeremiah’s Vanishing New York has the complete list.) And we greet the new year with few cultural icons — Gene Wilder, Florence Henderson, Harper Lee, David Bowie, Prince, Carrie Fisher.

We were genuinely honored this year to finally meet and hang out with so many of you thanks to the release of our first ever book. Â It’s been an extraordinary year for us — and all because of our listeners and readers. We are grateful for your support and listenership.

Here’s the list of every episodeÂ we released in 2016.Â From the triumphs of Jane Jacobs to the revival of the Bronx. Go back and listen to them all!Â WeÂ plan to release just as many shows in 2017 withÂ a few more extra surprises in store.

Have a safe and wonderful New Year’s Eve celebration and a prosperous and rewarding 2017!

Ready To Wear: The History of Garment District

The history of the New York City fashion industry and how it found its home south of Times Square aka The Garment District. 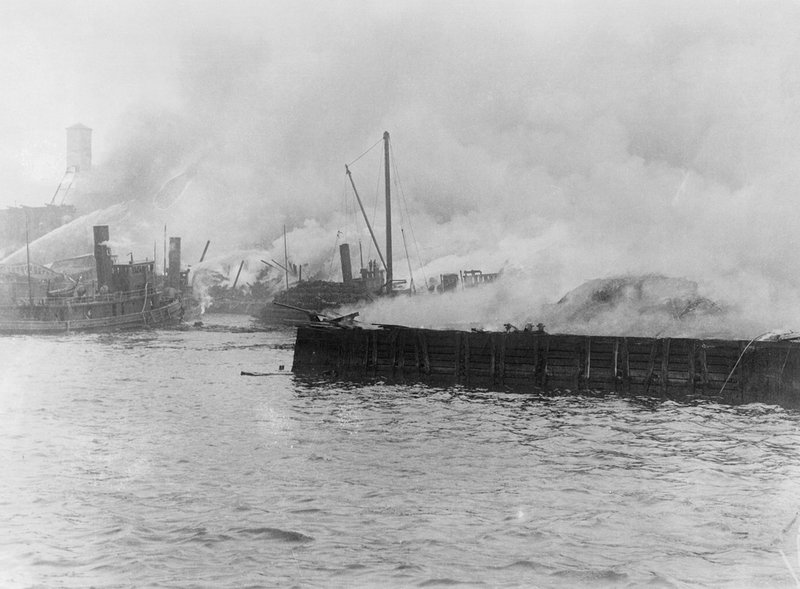 Danger In The Harbor: The Black Tom Explosion of 1916

The tale of the Black Tom Explosion which sent shrapnel into the Statue of Liberty and rocked the region around New York harbor. 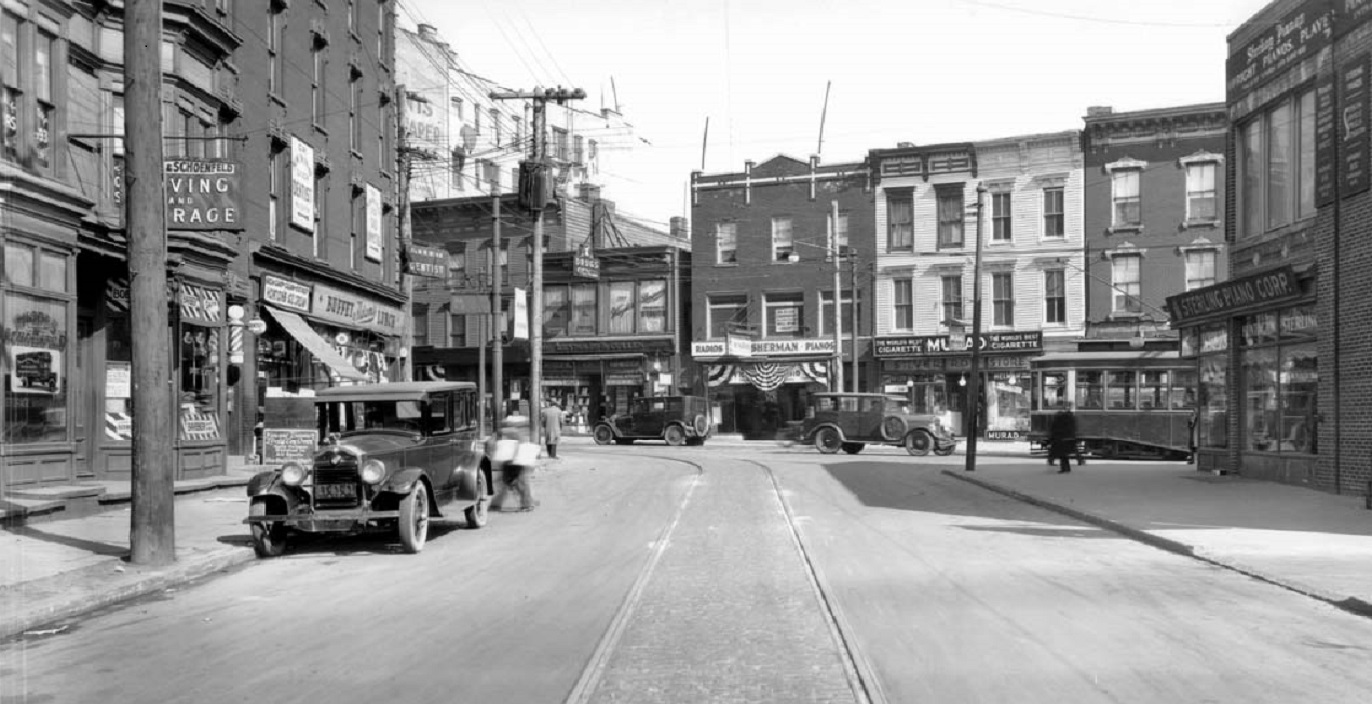 The history of the Brooklyn neighborhood of Greenpoint and the oft-polluted Newtown Creek.

Battle for the Skyline: How High Can It Go?

The story of growing tall in New York City and the two pivotal laws that allowed for the cityâ€™s dynamic, constantly evolving skyline. 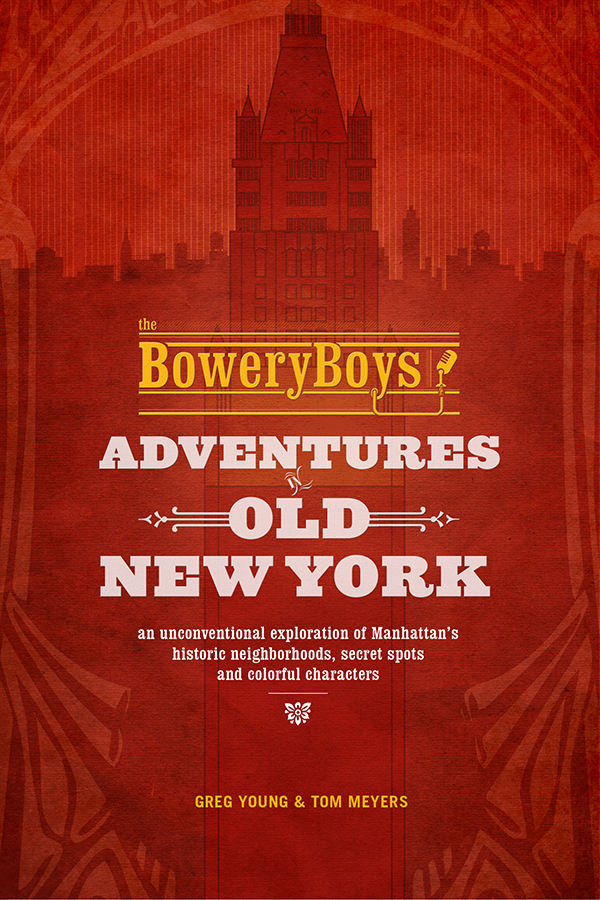 The Bowery Boys: Behind The Scenes

On the eve of our 200th episode, we look back at our last 100 shows, at some of the highlights of the past six or so years.

AndÂ we officially introduce to you “The Adventures In Old New York”, our new book! Â We give you a little insight into its development and what history you can expect to find in it.

Our tribute toÂ Jane Jacobs, the urban activist and writer who changed the way we live in cities and her fights to preserve Greenwich Village in the 1950s and â€™60s.

The history of the Gowanus Canal, at the heart of a trendy Brooklyn neighborhood today, once used to be quite beautiful and non-toxic.

The Lower East Side: A Culinary Tour

A flavorful walk through the Lower East Side, exploring the neighborhoodâ€™s most famous foods.

The strange and wonderful lifeÂ of Nikola Tesla in New York City.

The Cotton Club: The Aristocrat of Harlem

The musicalÂ storyÂ of the Cotton Club, the most famous (and infamous) nightclub of the Jazz Age. 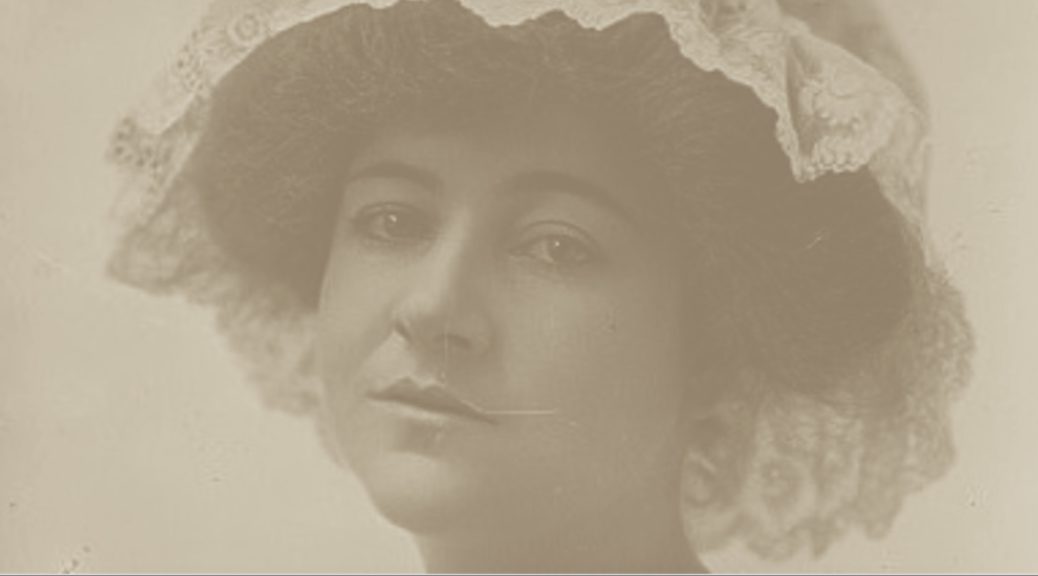 The Disappearance of Dorothy Arnold

The mysterious disappearance of a young woman becomes one of the most talked-about events over one hundred years ago.

The story of the Lenape, the native people of New York Harbor region, and their experiences with the first European arrivals â€” the explorers, the fur traders, the residents of New Amsterdam. 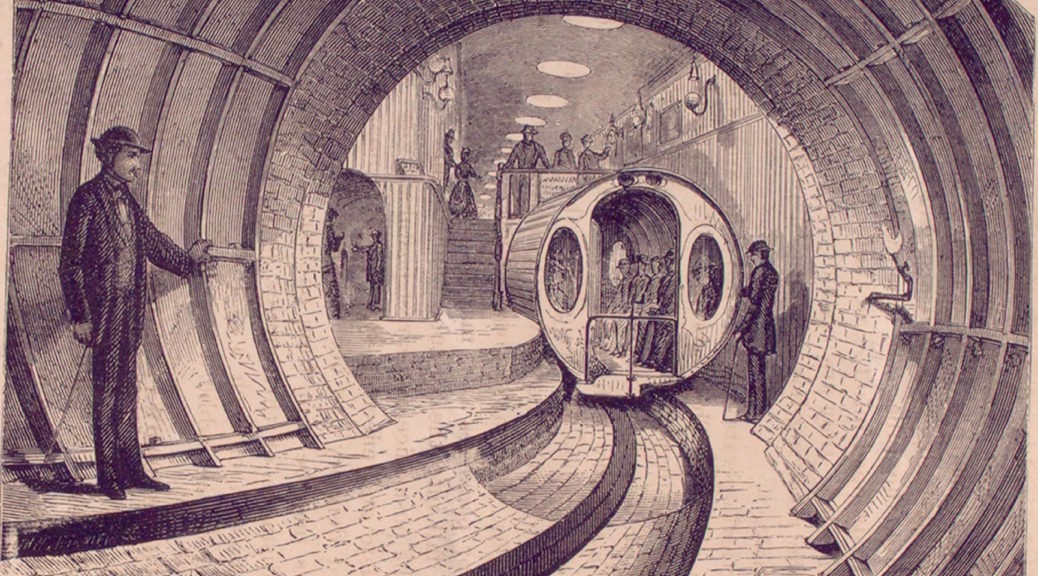 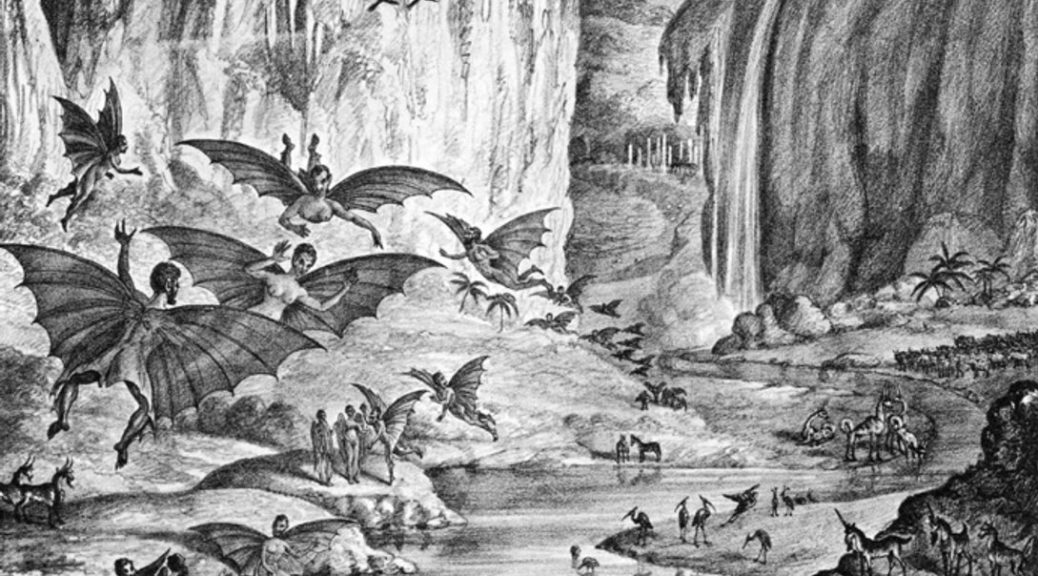 The surprisingly complex history of one of the worldâ€™s most famousÂ hotels. 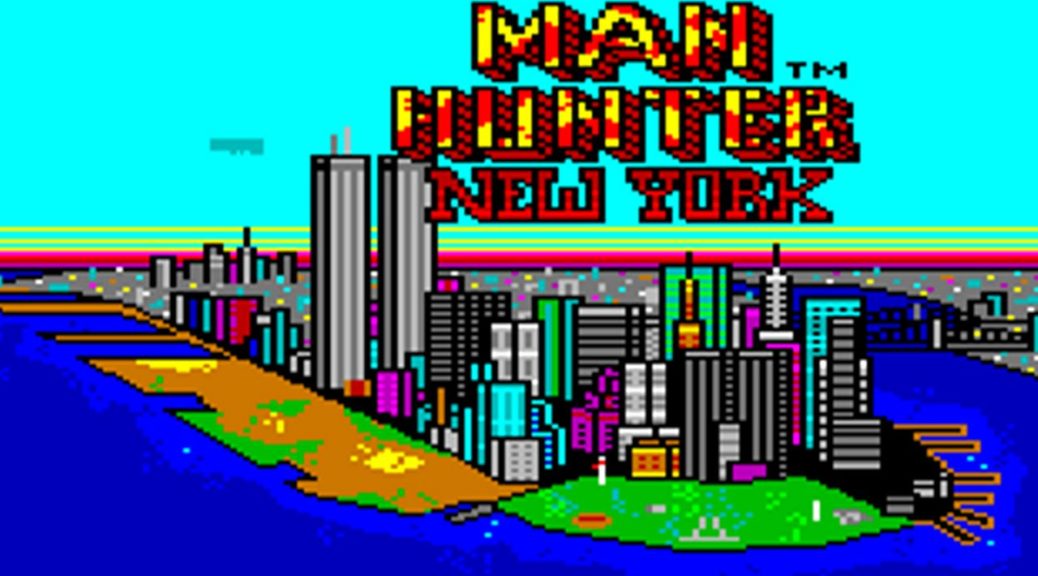 Digital City: New York and the World of Video Games

The history of video games and arcades in New York City. 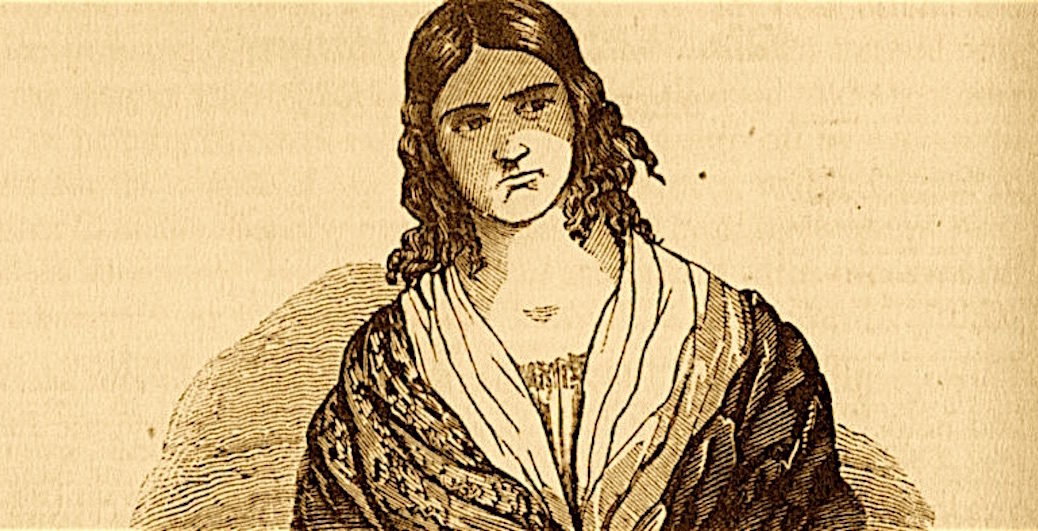 The Notorious Madame Restell: The Abortionist of Fifth Avenue

The scandalous tale of New Yorkâ€™s most prominent abortionist of the 19th century and the unique environment of morality and secrecy which accommodated her rise on the fringes of society. 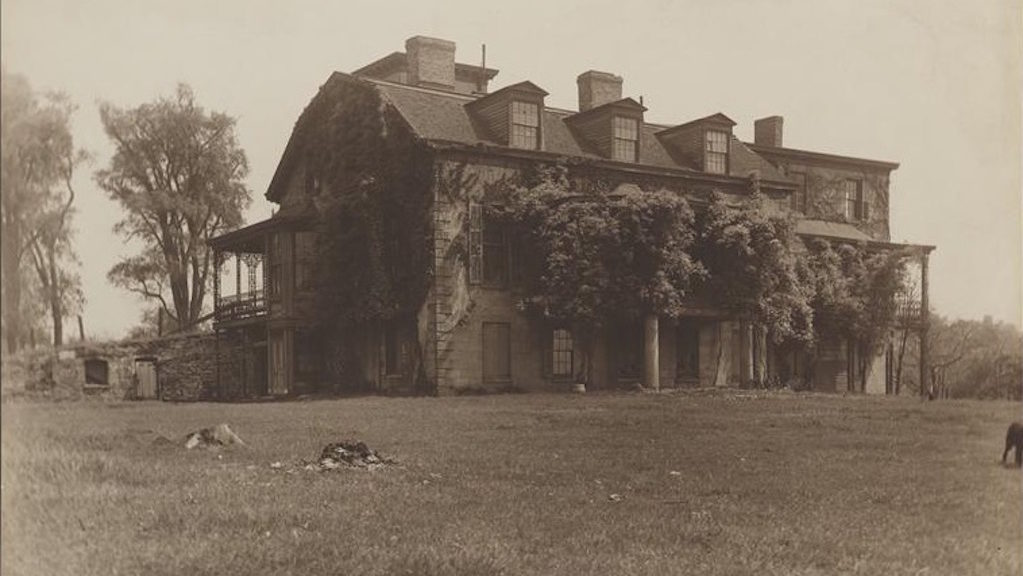 Bronx Trilogy (Part One): The Bronx Is Born

A history of the land which would become the Bronx, from the first European settlement to its debutÂ in 1874 as New Yorkâ€™sÂ Annexed District. 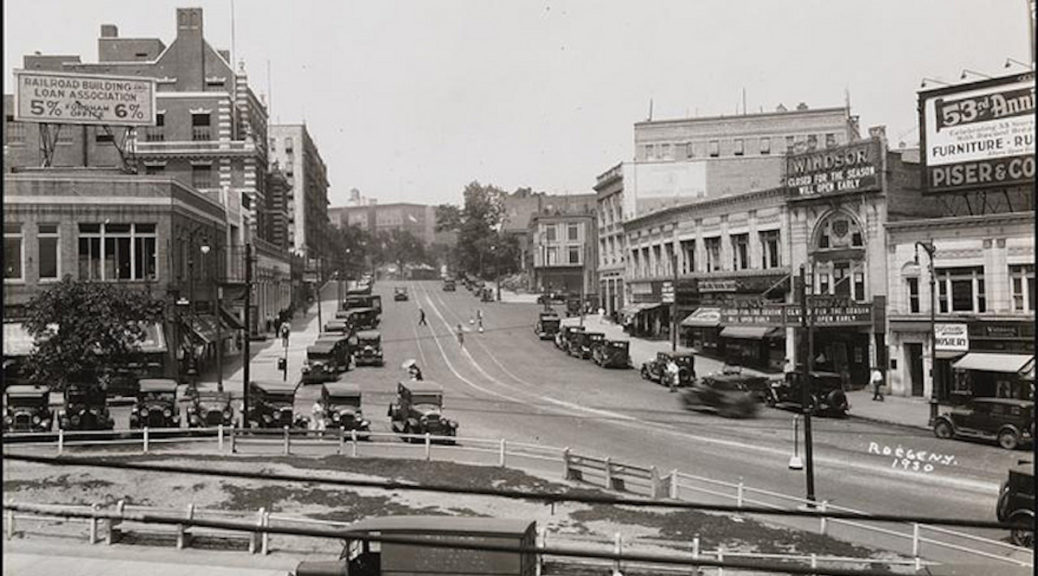 Continuing our three part series,Â the Bronx becomesÂ a part of New York City, and we present the origin of some of the boroughâ€™s most famous landmarks. 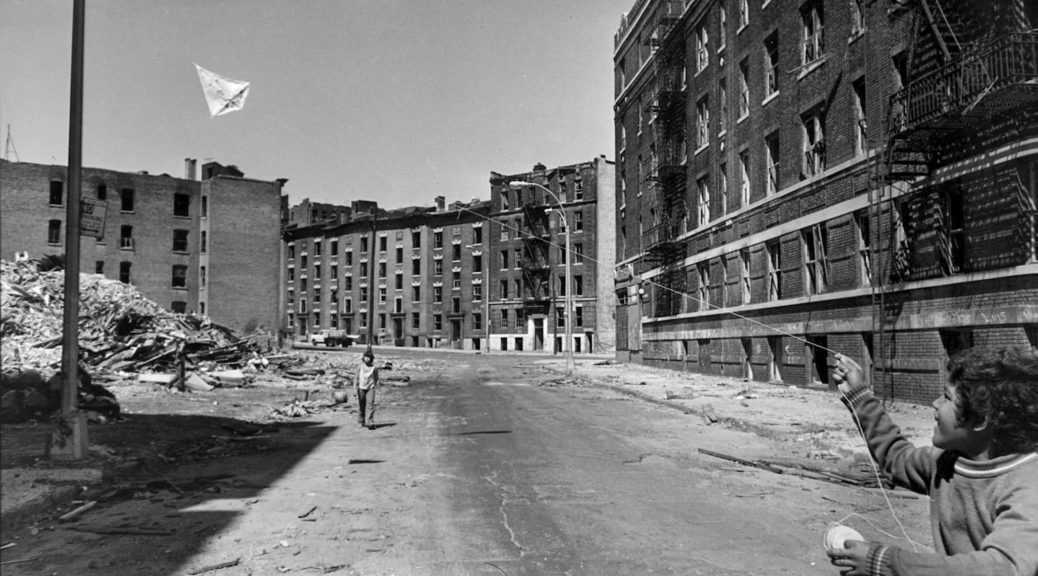 The trials and tribulations experienced by theÂ Bronx through the mid and late 20th century. 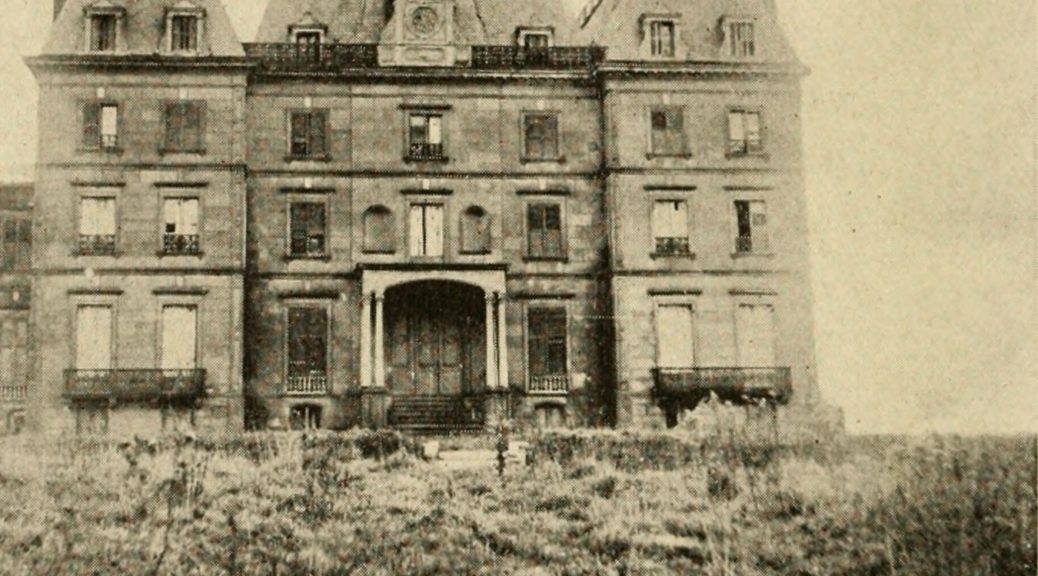 Ghosts of The Gilded Age 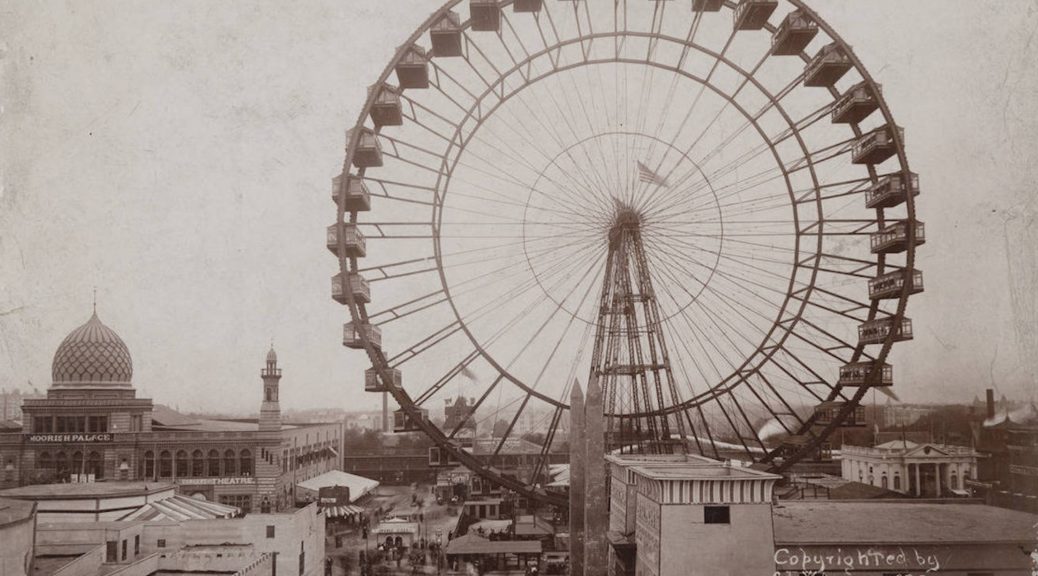 The firstÂ Ferris WheelÂ was invented to become Americaâ€™s Eiffel Tower, making its grand debut at theÂ Chicago Worldâ€™s Fair of 1893.Â The wheelâ€™s inventorÂ George Washington Gale FerrisÂ was a clever and optimistic soul; he did everything in his power to ensure that his glorious mechanical ride would forever change the world. Â That it did, but unfortunately, its inventor paid a horrible price. 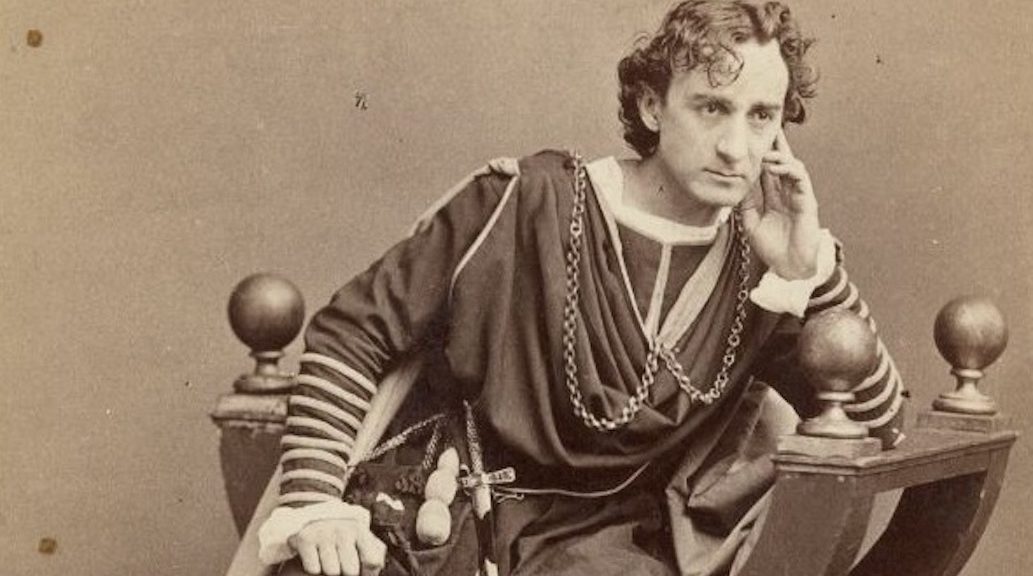 Edwin Booth and the Players Club

The thrilling taleÂ of Edwin Booth and the marvelous social club he created for the actingÂ profession. 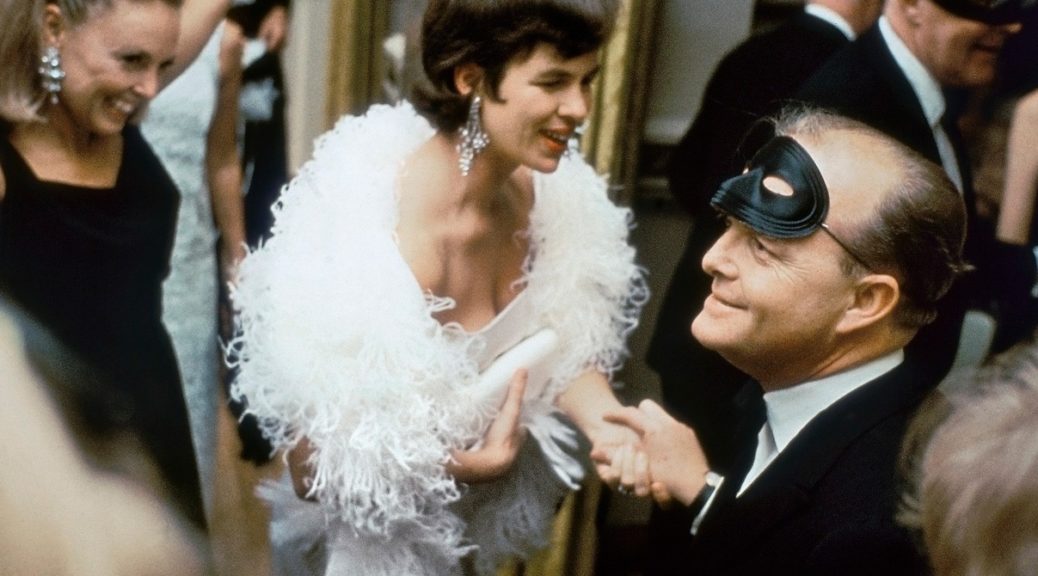 Your ticket to Truman Capoteâ€™s celebrity-filled party at the Plaza. 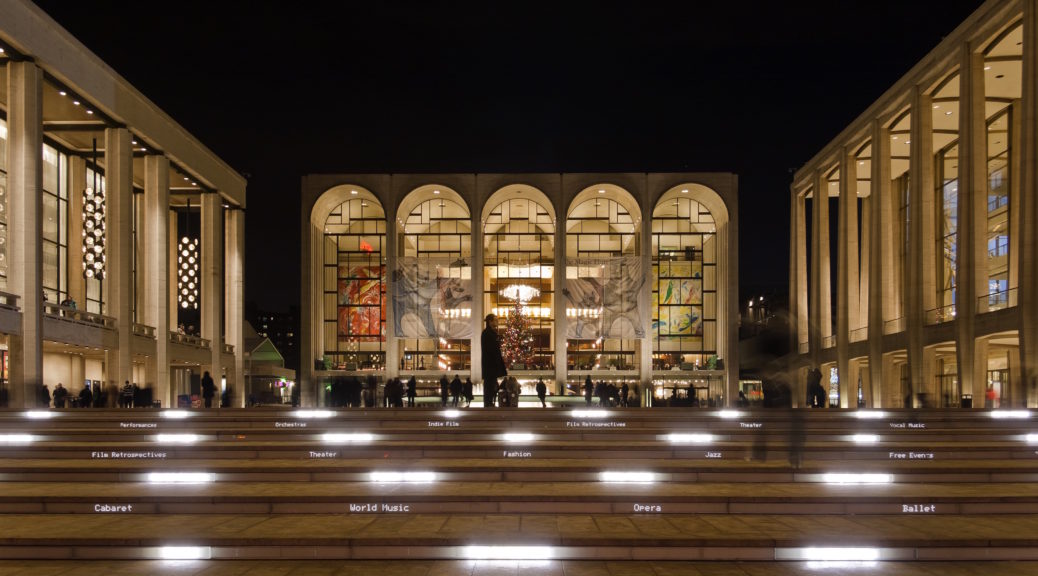 Lincoln Center and West Side Story

The origin story of Lincoln Center, an elegy to the neighborhood its campusÂ replaced, and a celebration ofÂ West Side Story, the film that brings together several aspects of thisÂ story in one glorious musical number. 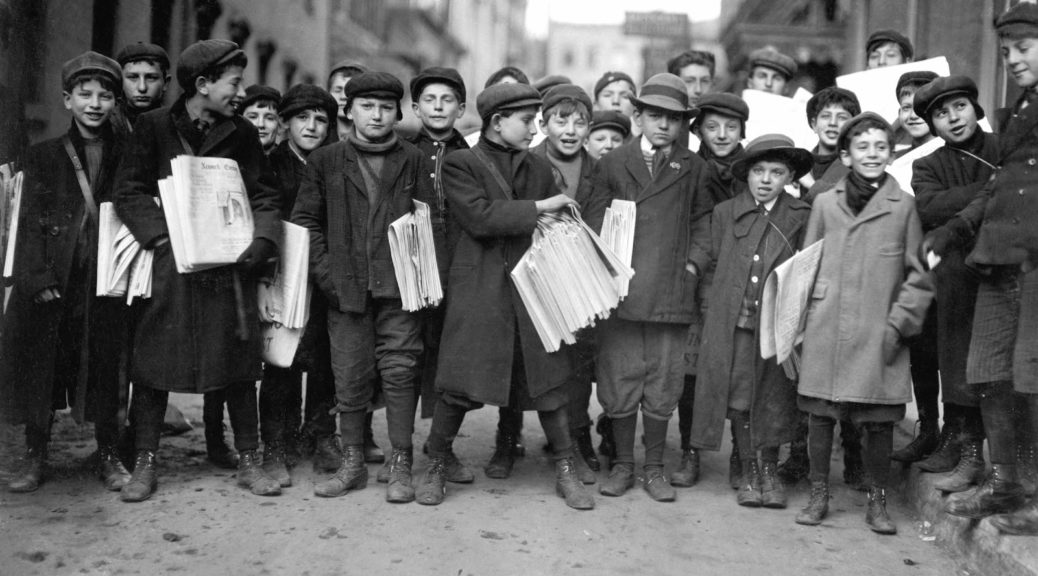 Weâ€™re in the mood for a good old-fashioned Gilded Age story so weâ€™re bringing backÂ one of our favorite Bowery Boys episodes ever â€” Joseph Pulitzer and William Randolph Hearst vs. the newsies!

PLUSÂ the first five episodes of The First: Stories of Inventions and Their Consequences 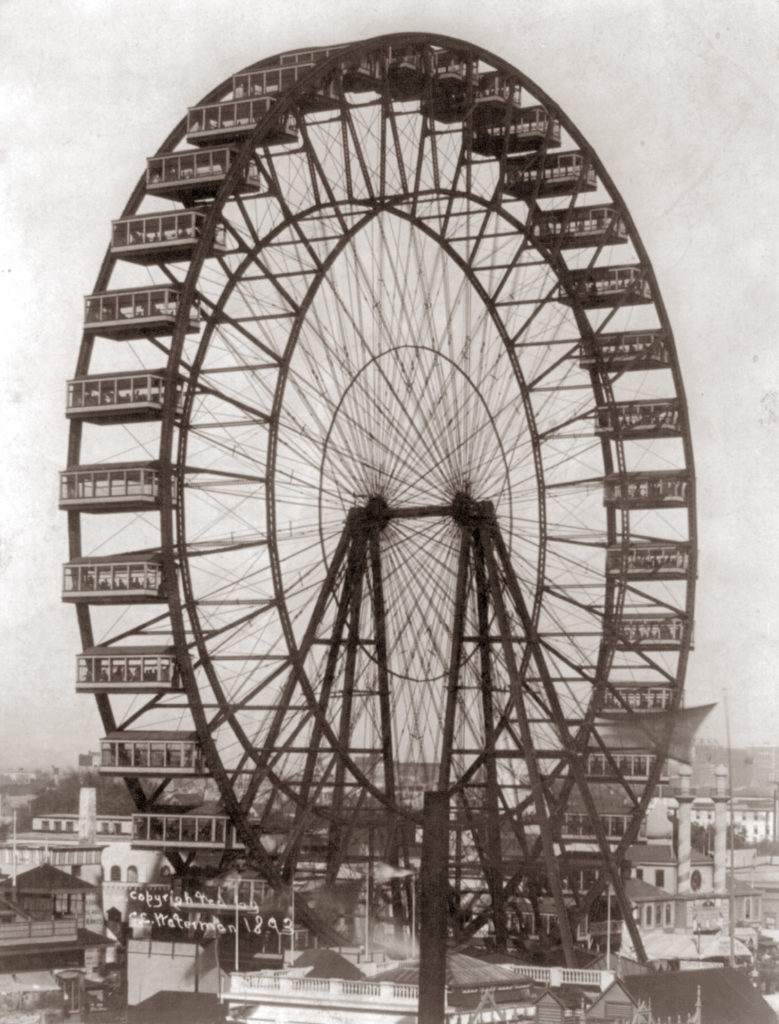 Dorothy Catherine DraperÂ is a trulyÂ forgotten figureÂ in American history. She was the first woman to ever sit for a photograph â€” a daguerrotype, actually, in the year 1840, upon the rooftop of the school which would becomeÂ New York University.. 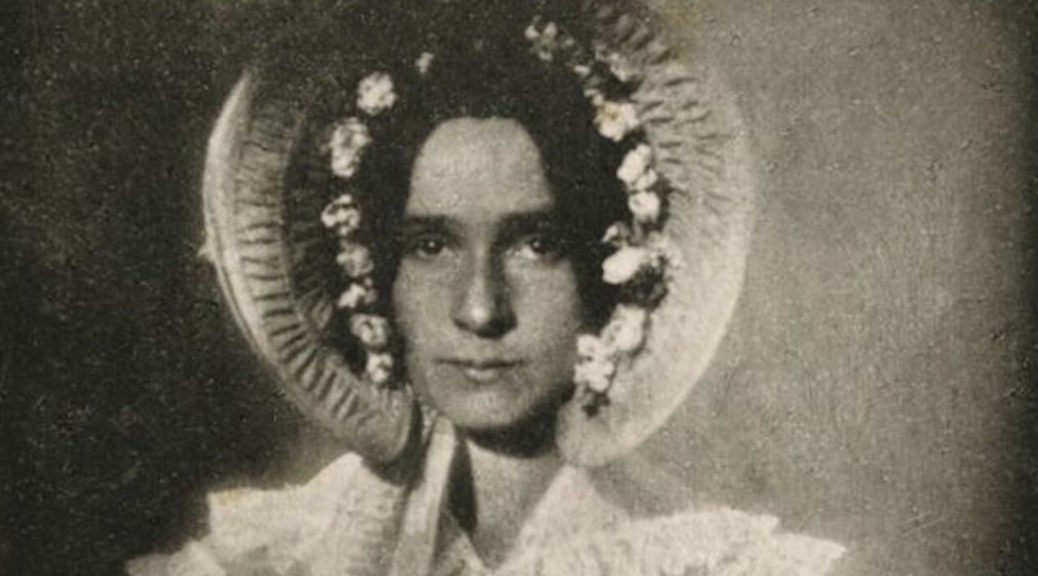 Every Day Is Thanksgiving — The History of the TV Dinner

American eating habits were transformed in the early 20th century with innovations in freezing and refrigeration, allowingÂ all kinds of foods to be shipped across the country and stored for long periods of time.

But it would actually be the television set that would inspire one of the strangest creations in culinary history â€”Â the TV dinner. 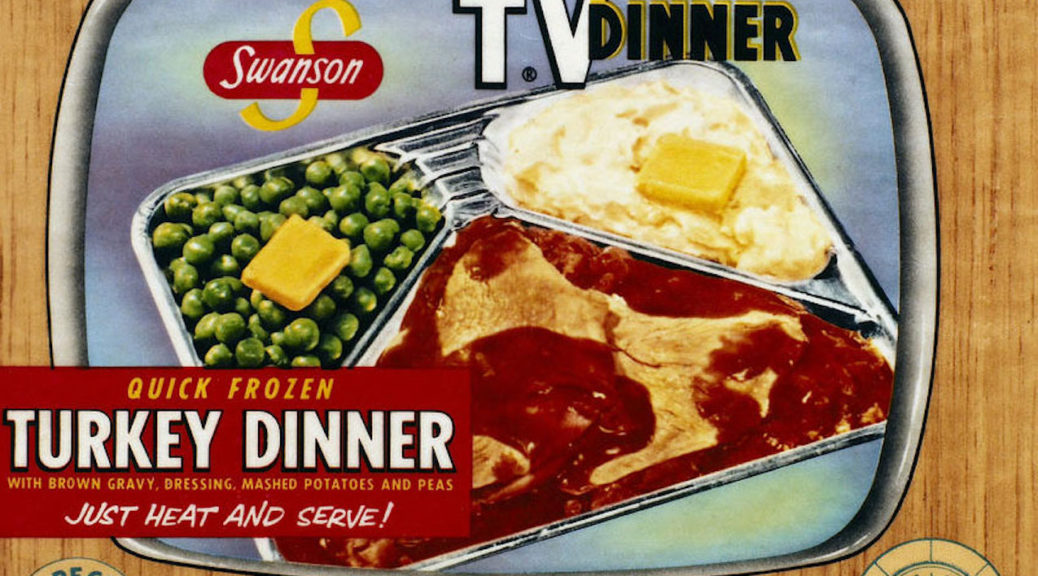 The Calling: Mr. Watson and the First Telephone 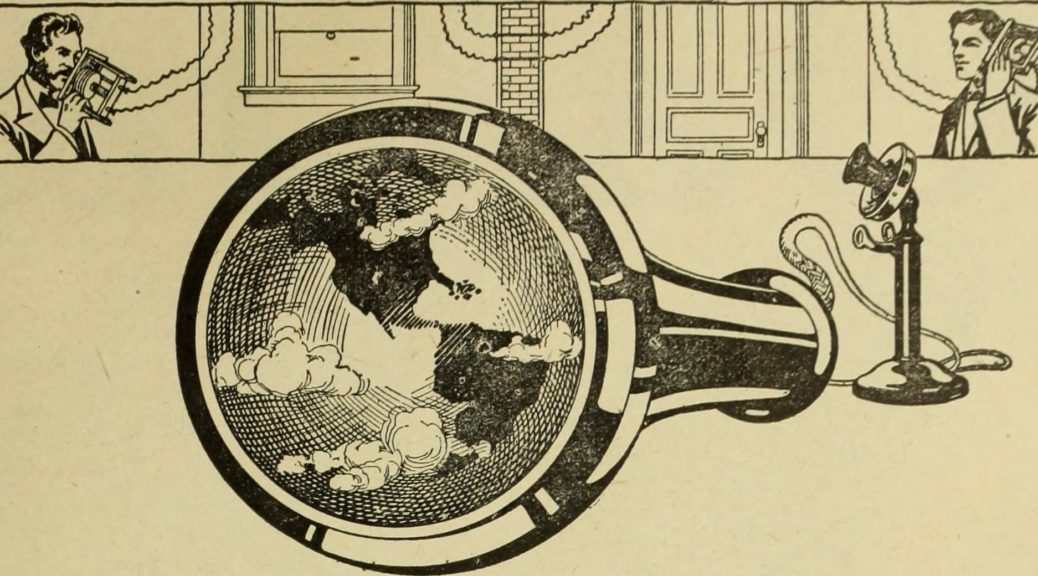 The Making of the Pledge of Allegiance

The Pledge of AllegianceÂ feels like an American tradition that traces itself back to the Founding Fathers, but, in fact, itâ€™s turning 125 years old in 2017. This is the story of the invention of the Pledge, a set of words that have come to embody the core values of American citizenship. And yet it began as part of a for-profit magazine promotion, written by a Christian socialist minister! 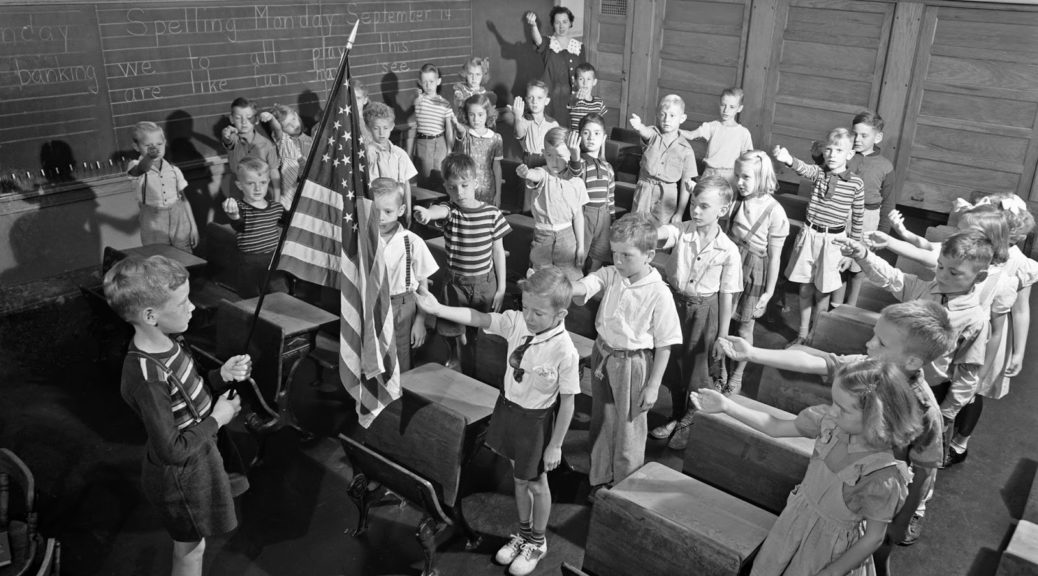